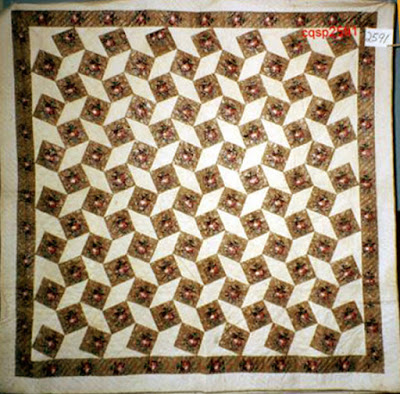 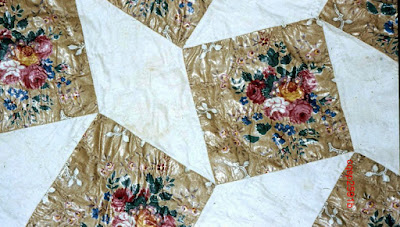 This quilt, in excellent condition, is pieced from one chintz print on which the glaze is still apparent. Henrietta Whitney seems to have had money for fabric. But then she had married inventor Eli Whitney. 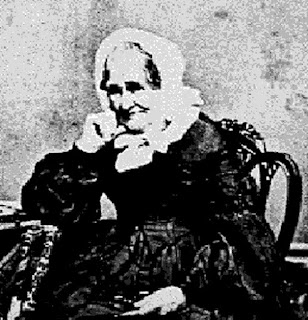 Where do quilt patterns come from?
In this case, Godey's Ladys Book 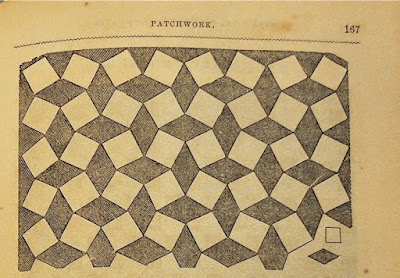 The pattern is #411.3 in my Encyclopedia of Pieced Quilt Patterns. It was republished with the name Magic Squares in a L.K. Meeker's 1979 index. Quilt Patterns for the Collector. She found that name in a 1930s Aunt Martha pattern booklet. 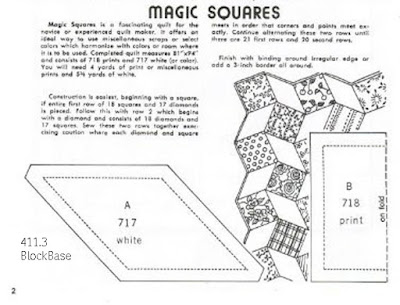 I looked up the name Magic Square in the Quilt Index and found a few examples: 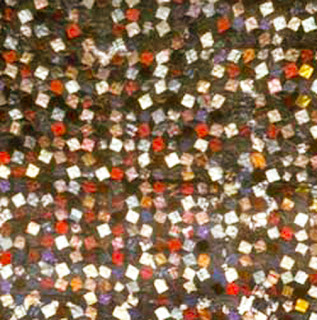 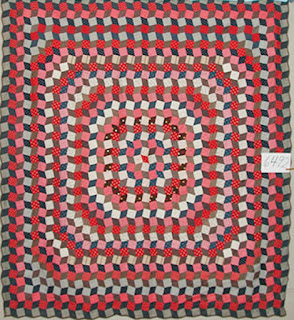 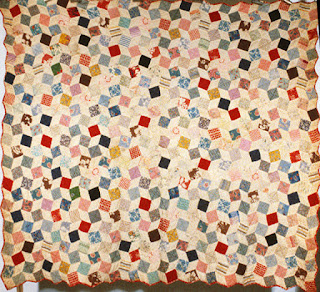 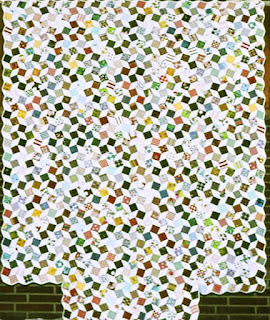 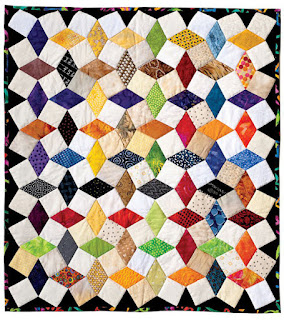 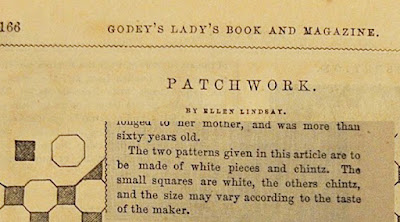 I was struck by the instructions in Lindsay's 1857 feature:

"The two patterns given in this article are to be made of white pieces and chintz. The small squares are white, and the others chintz...."

Whitney followed the instructions to the letter.

UPDATE: I re-reading this I see Whitney's quilt reverses Lindsay's instructions. Her  squares are chintz not white.

But occasionally it's the chicken and the egg. Did Henrietta Whitney use Ellen Lindsay's pattern or did Lindsay pattern out Whitney's quilt for her readers?

Could writer Ellen Lindsay have come across this exceptional quilt about 1857? 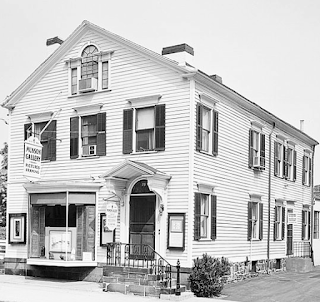 Eli Whitney is reported to have died in this house on Orange Street,
while a grander house was being built.

In 1857 Henrietta Edwards Whitney was about 70 years old, living in her lifelong home of New Haven, Connecticut. She had married Eli Whitney, inventor of the famed cotton gin, in 1817 when he was in his early fifties and she about 30 years old. Whitney died in 1825 leaving her with two girls and a boy, all under 8. 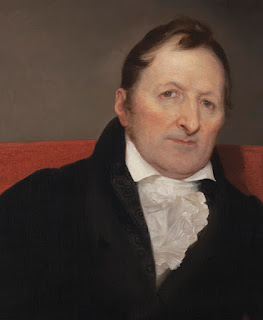 Whitney during his marriage,
painted by fellow inventor Samuel F.B. Morse in 1822.

Whitney's most profitable enterprise was a factory that directed waterpower to machinery and an  Armory. By the 1850s son Eli was running the gun factory, making arms with the Colts and the Winchesters.

Henrietta Frances was New England aristocracy in her own right, granddaughter of famous minister Jonathan Edwards, cousin to politician Aaron Burr, and niece of Connecticut Governor
Henry Waggaman Edwards, among other notable relatives.

Whitney Gun Factory in Whitneyville, north of New Haven by
William Giles Munson, 1826-8 (detail). The painting is in the collection
of the Yale University Art Gallery.
Henrietta Frances's other grandfather founded Yale.

It's easy to discover information about Mrs. Eli Whitney. I couldn't find a thing about Ellen Lindsay other than that she authored several articles for Godey's Lady's Book, edited by Sarah Josepha Hale and published in Philadelphia. 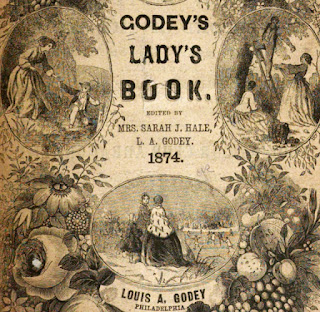 Which came first? The quilt or the pattern? Can't say.