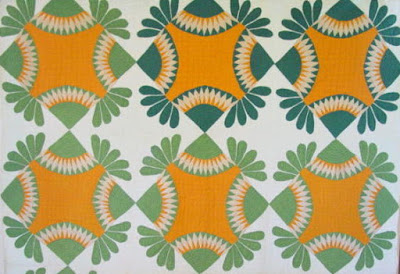 Here's a pattern that's not in BlockBase, a traditional late-19th-century/early-20th-century
Southern design. 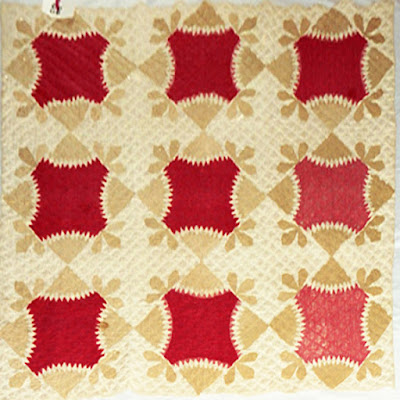 A variation of Whig's Defeat or Ladyfingers 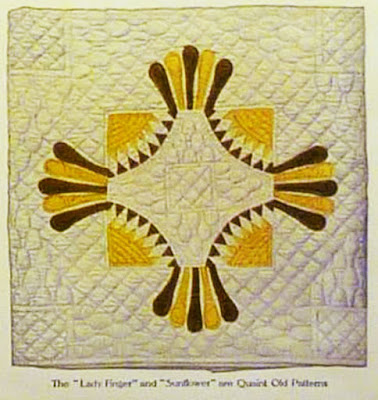 The Lady Finger, a quaint old pattern according
to Elizabeth Daingerfield writing of Kentucky
quilts in Ladies' Home Journal in 1912.
This looks like a painting rather than a photo and shows a
different construction where the ladyfingers are in the sashing.
That sash and block construction has a BlockBase number or two or three--- #1049. 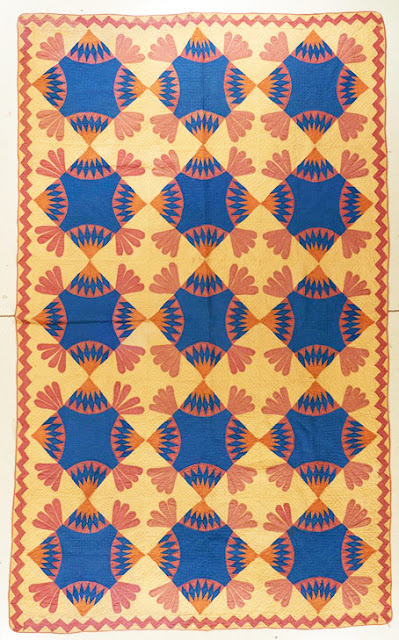 From a Jeffrey Evans auction in Virginia, now in Mary W. Kerr's collection. The caption in the book
she edited Southern Quilts says it is circa 1890, North Carolina. 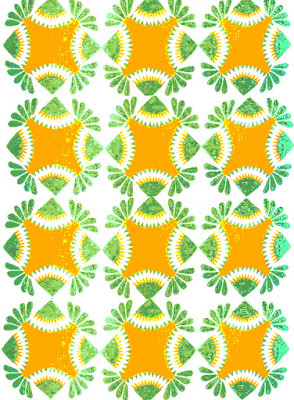 This might be the easiest way to construct the design.
Two blocks, one easy applique, one some fancy pieced fans 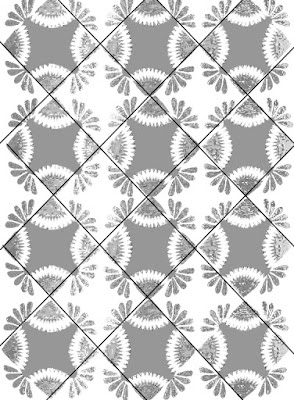 The three examples I've got here are all set on point. 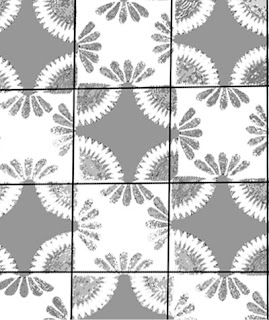 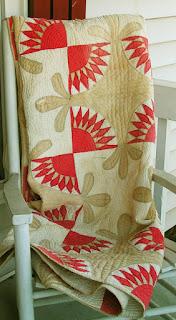 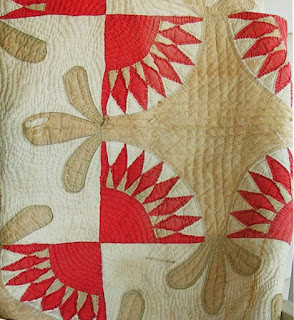 Fingers range from 3 to 5.
Looks late 19th century Southern.
Is the set on the square in this one? 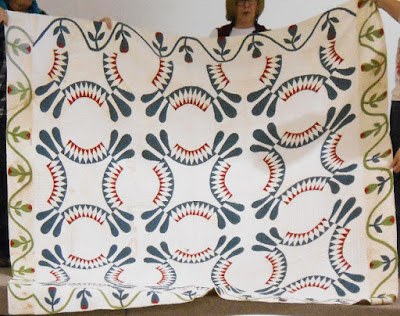 Found this picture of a show and tell with another late 19th century version.
This one might be a little earlier, fabrics more colorfast, fancy applique border. 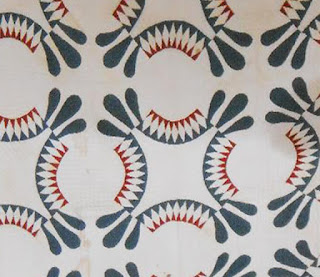 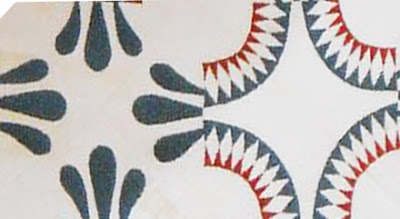 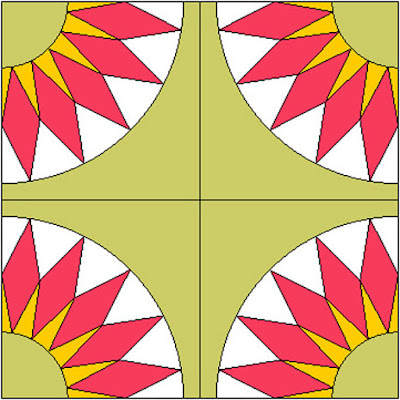 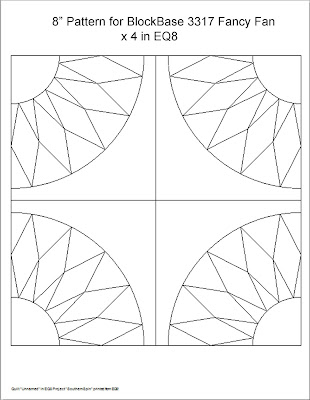 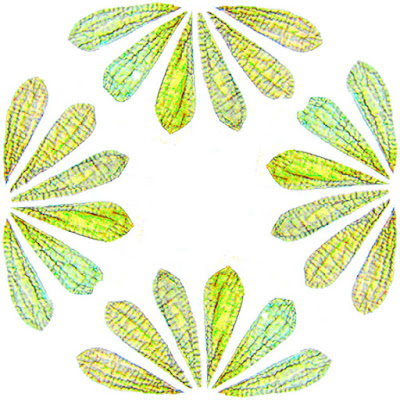 I digitized some ladyfingers from an old quilt. Here's an 8" picture.
Pick your favorite finger and repeat. 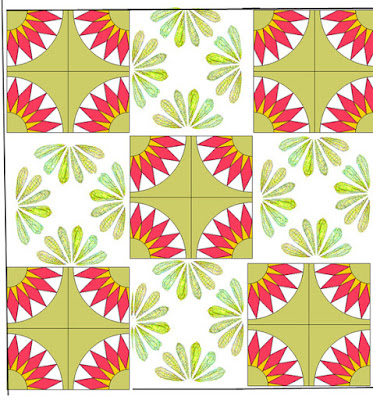 I do have to mention that many of the classic Whig's Defeat
quilts are what I call show-off-piecing. Piecework that looks
like applique. Diagram below. I'm not even thinking about it. 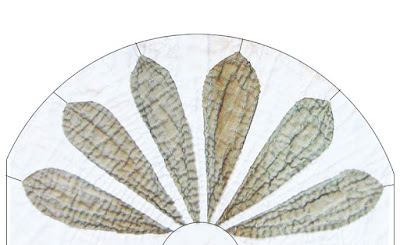 I've been focused on Whig's Defeat designs because I am moderating a Facebook page on Southern quilts.
What's more Southern?