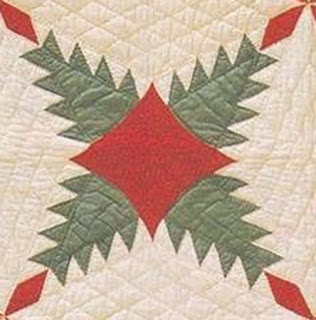 We've been posting pictures of Pine Burr quilts
over at the QuiltHistorySouth Facebook page.
https://www.facebook.com/groups/2427588900863781/ 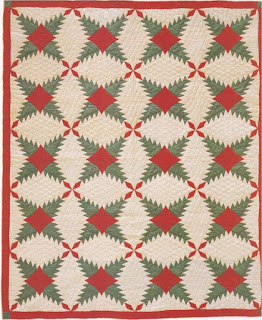 Some Southern; some could have been made anywhere.
The pattern was quite popular between about 1870 and 1950. 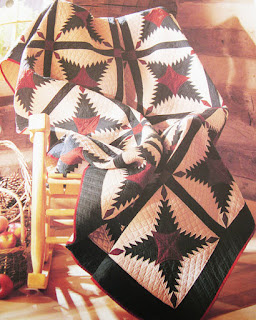 Here's a photo from the pattern book Spinning Spools.

How old is the design? 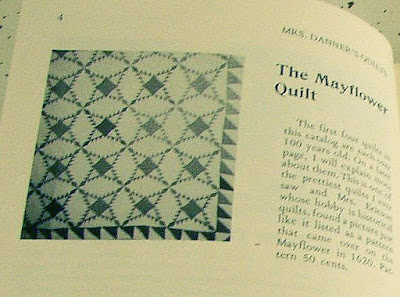 When Helen Ericson ran Mrs. Danner's Quilts in the 1970s & 80s she sold a pattern called the Mayflower Quilt because she "found a picture just like it listed as a pattern that came over on the Mayflower in 1620."

We can date the quilts from fabrics and style and they look to be after 1870. And we can also look at the published patterns. The design was popular enough that many periodicals and pattern distributors sold examples but all were published in the 20th century beginning with Pine Burr below: 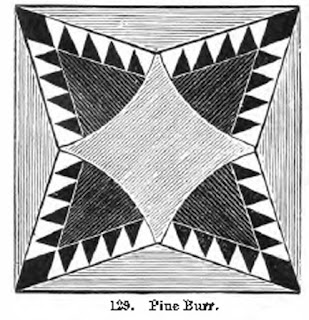 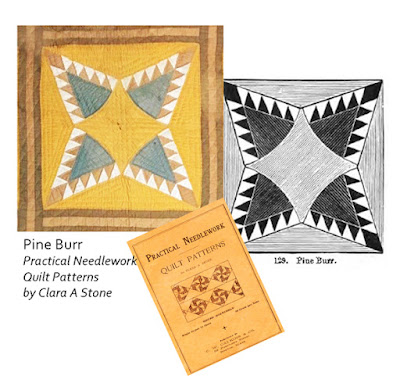 The earliest I've found is from the Practical Needlework series out of Boston, Quilt Patterns by Clara A Stone (who Wilene Smith tells us is a fictional character.) About 1910. The design might have appeared earlier in a periodical as the booklet is a collection of clippings. Clara called it Pine Burr.

UPDATE: Wilene Smith tells me there is an earlier publication of the Pine Burr pattern in Hearth & Home magazine in March, 1898. The Clara Stone catalog, first introduced in 1906, reprinted patterns from Hearth & Home and other Vickery & Hill publications. 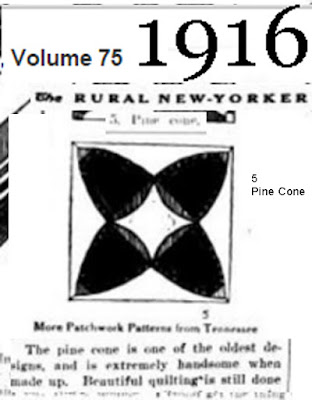 In 1916 the Rural New Yorker, an agricultural periodical, published Pine Cone, from Tennessee.
"one of the oldest designs." (NOT!) Their pattern has curves on the outside of the arms or cones. Scan very unclear. 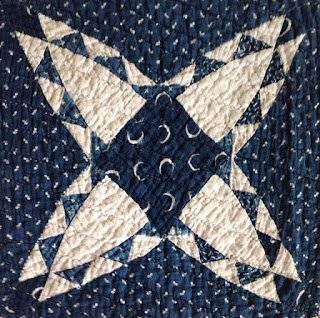 Curves add another level of difficulty to a challenging pattern.
This one done in the fashionable indigo prints of 1890-1930. 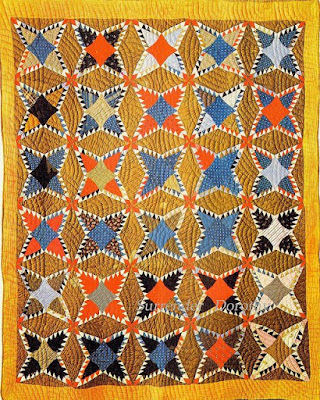 Is it Southern?  Fan quilting and bold color with brown
as a neutral seem to indicate that. Border of  plain strip
rather unusual in Southern upland style from 1880-1930 though so perhaps
it is a Pennsylvania version. 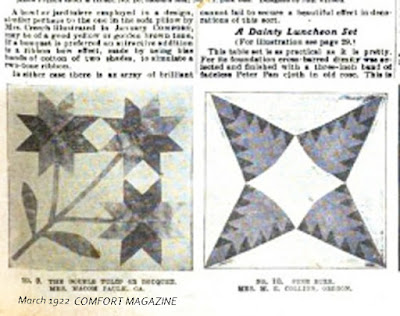 Comfort magazine from Maine knew how to please its large Southern readership and published the pattern several times. The above Pine Burr block was sent by Mrs. W.E. Collins of Oregon and published in March, 1922. 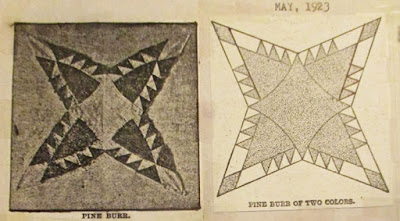 Mildred Dickerson's scrapbook of Comfort patterns (Quilt Research Collection at the University of Nebraska Libraries) includes two more Pine Burr clippings, one dated May, 1923. The other has curved sides. 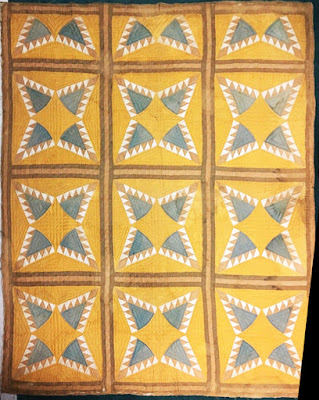 The many solid color quilts from the upland South
may have been drawn from those Comfort designs. 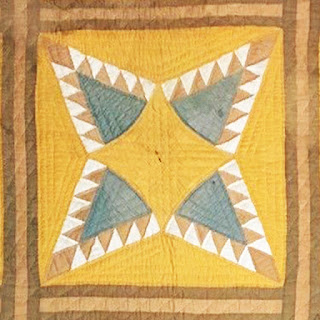 From an eBay seller in Winston-Salem, North Carolina 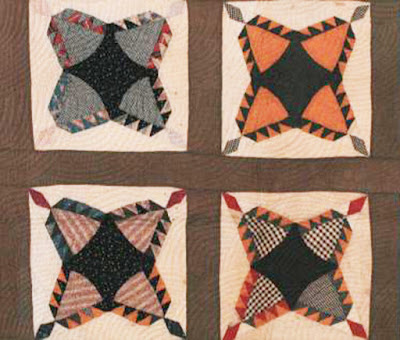 A family member in Minnesota brought this quilt she called Star
of Columbia to be documented. Made in Fort Gaines, Georgia
http://www.quiltindex.org/fulldisplay.php?kid=49-7E-1404 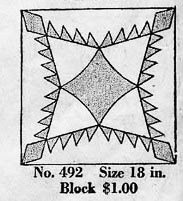 The Ladies Art Company in St. Louis picked up on the design's popularity and added it to their pattern catalog in the 1920's. They called it the Philadelphia Patch. You could buy a pattern card, instructions or a finished 18" block for $1.00. I'll take 12. (How many people did? And what did they look like?)

All of the patterns above are shown as square blocks but Ruby Short McKim and Edna S. Tyrrell did an article for Better Homes & Gardens magazine in 1932 which sold the pattern without any block seams. Like the related Kaleidosope design the McKim/Tyrrell design was constructed piece by piece. 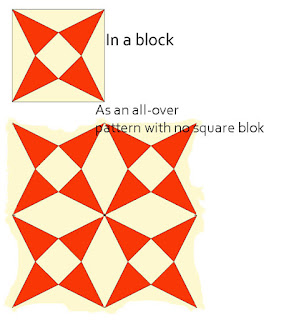 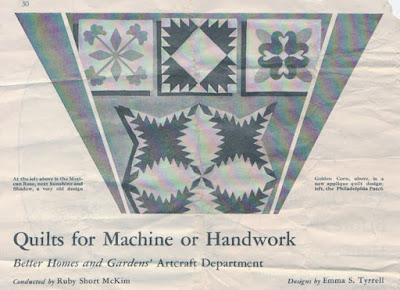 They called it the Philadelphia Patch, the same name as the Ladies Art Co. 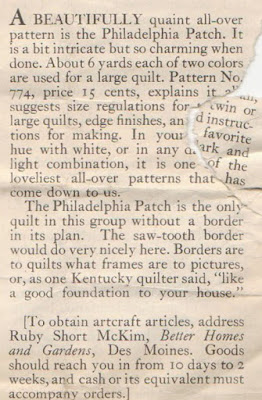 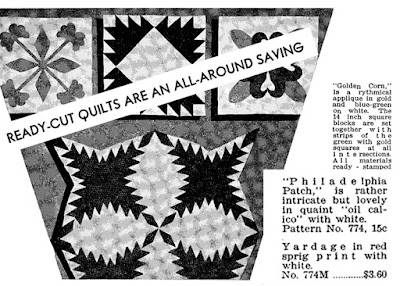 McKim had a thriving quilt business and in her catalog Designs Worth Doing she included a related page with the Philadelphia Patch as a Ready Cut Quilt, a kit. For $3.60 it looks like you would get the fabric "All materials ready-stamped." The kit was red sprig print a  quaint "oil calico" with white. 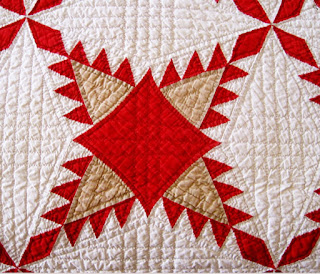 That Better Homes & Gardens pattern must have been the inspiration for
many of the examples we see constructed in the all-over fashion.
This one from Cow Hollow antiques. Bet the tan was once green. 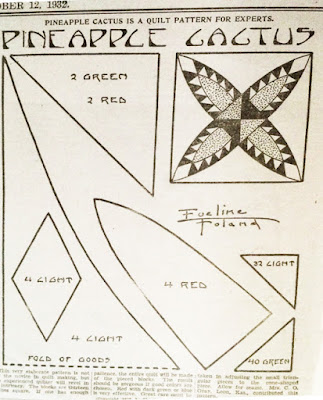 In 1932 artist Eveline Foland published a pattern for Pineapple Cactus in
the Kansas City Star. Reader Mrs. C.O. Gray of Leon, Kansas sent in the design.
Curves and more seams in the center. 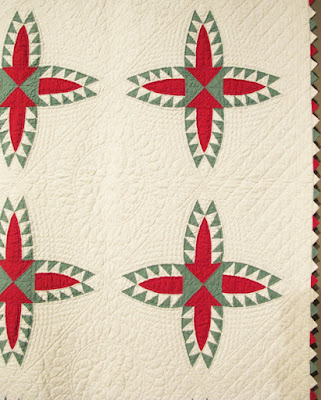 Here's one made from that Star pattern with prairie points along the edge. 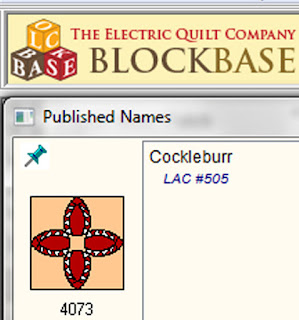 In BlockBase I indexed this block under Miscellaneous: Cocklebur from the Ladies's Art Company #505. Can't find an original picture and it may actually be from the Nancy Cabot column in 1935. 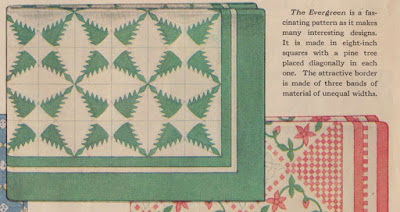 In 1934 The Farmer's Wife magazine published a trendy version in
the latest shades of green as a four patch and called it The Evergreen.
There seem to be seams dividing it into a four-patch. 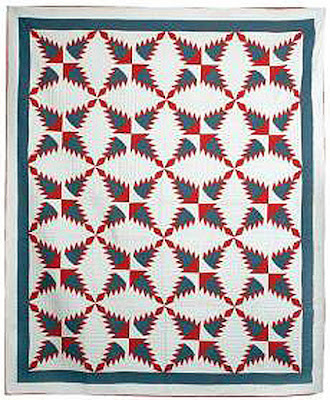 This one looks to be constructed as a four patch. 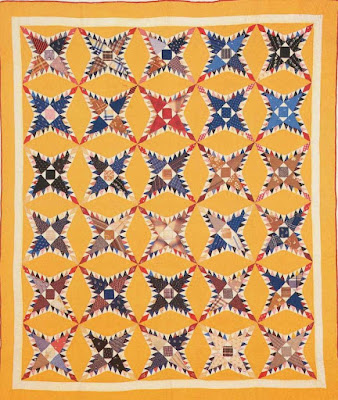 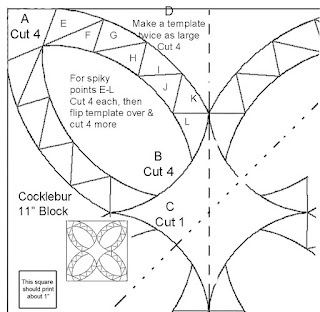 I liked the Cocklebur but the position in the block is strange so I redrew it. Here is a pattern to fit an 11" block (the largest I could get on an 8-1/2" piece of paper).
Print it out so the line along the top quarter of the block is 5-1/2".