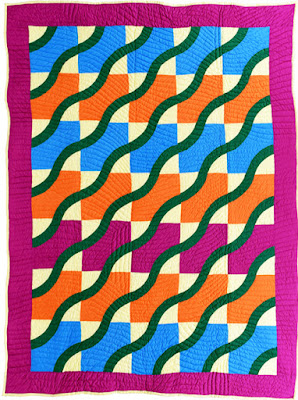 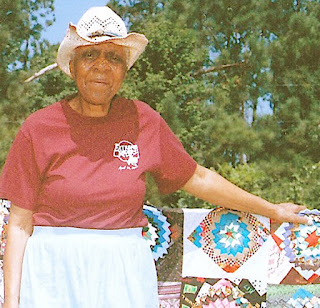 Lucy who has quilted with the Gee's Bend Cooperative
with one of her Pine Burr quilts. 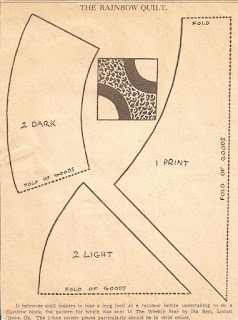 Lucy's pattern is a popular design that was published in the Kansas City Star
as Rainbow, sent in by Ida Best of Locust Grove, Oklahoma 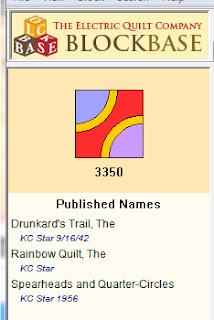 It's BlockBase #3350
I think I made an error here though in
giving it the name Drunkard's Trail, another KCS pattern. 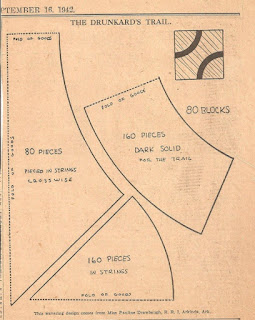 It's the same structure but now I see that Drunkard's
Trail is supposed to be a string quilt. 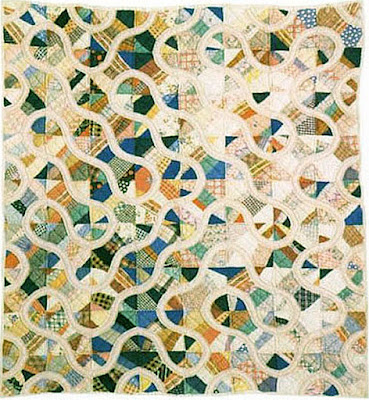 I doubt the many versions in the photo files had anything to do with the Kansas City
Star. The pattern with it's two unpieced arcs was probably handed around. 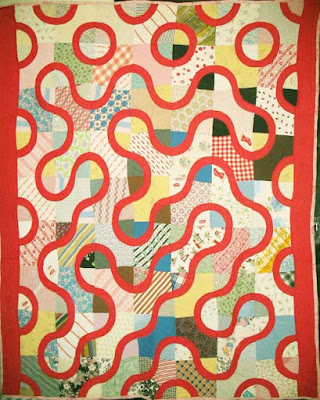 And it would seem it wasn't really popular until the 1950s. 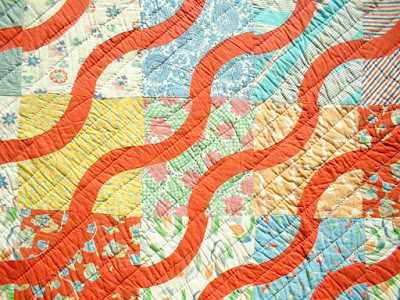 The pictures I have don't look 1940s or earlier. 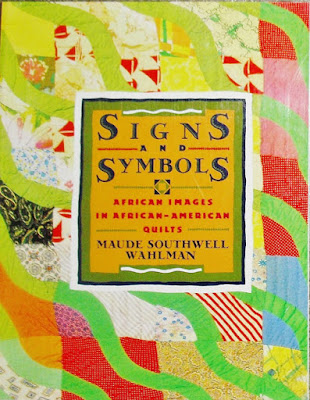 Susie Ponds's quilt on the cover of Maude Southwell Wahlman's
Signs & Symbols was made in 1979. 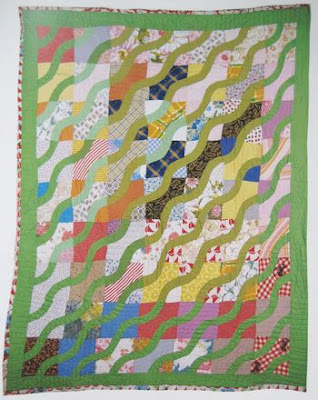 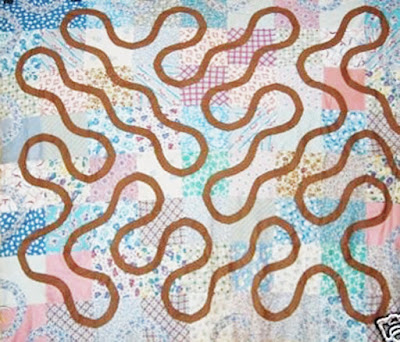 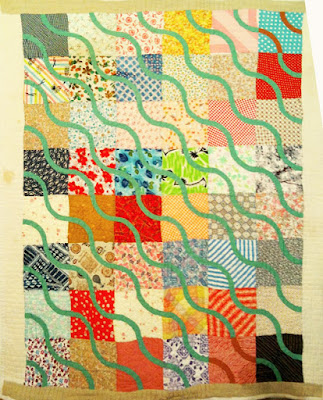 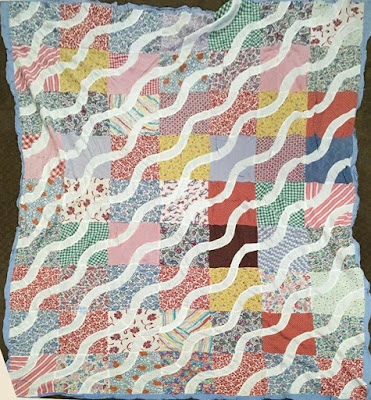 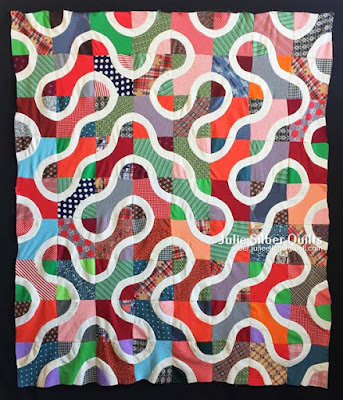 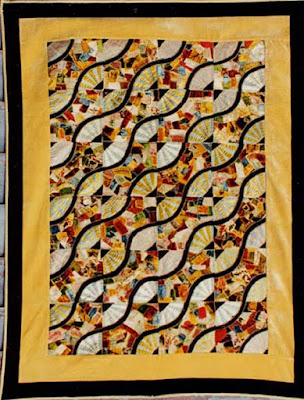 With this possible exception--- a crazy quilt/fan.

An accurate pattern must have been valued as you can draw it all wrong
as I did in BlockBase. The curves have to be just right to bend back upon each other. 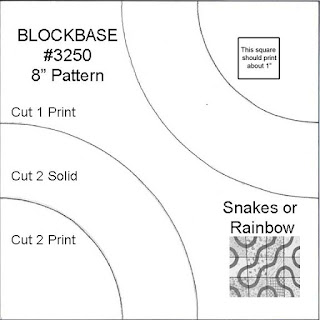 Here's a better pattern.
Or use InkLingo on your computer to print patterns.
https://lindafranz.com/blog/drunkards-trail-quilts-with-inklingo/
Or buy templates
http://www.quilttemplates.com/favoritequilts3.html