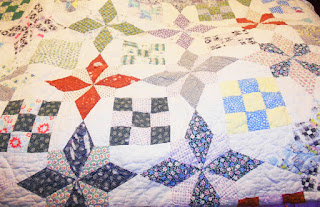 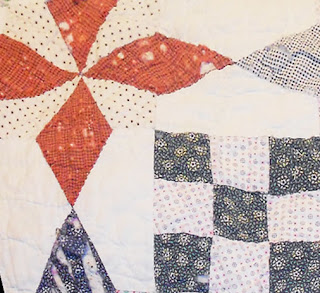 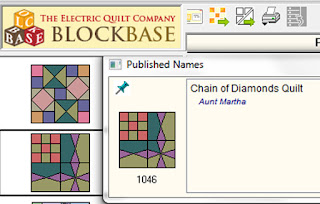 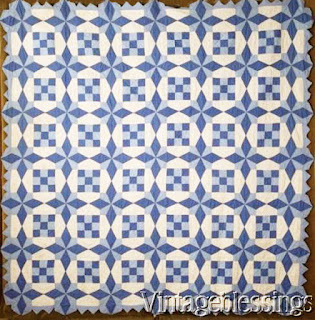 Here's another antique quilt from the Vintage Blessings shop on eBay. 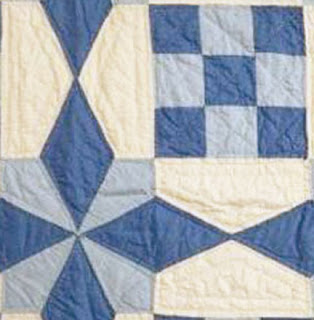 The two shades of blue would be perfect for
my new Baltimore Blues collection from Moda. 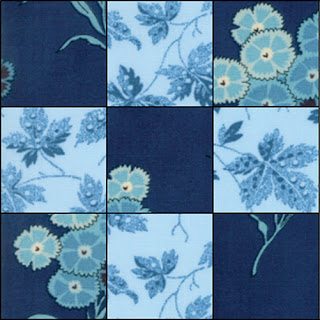 Block 1 is a nine patch. 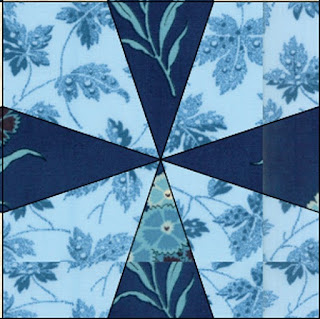 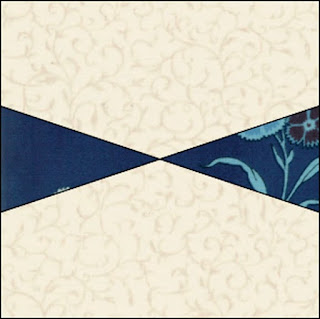 And Block 3 (repeated twice) is rather odd but makes the Chain of Diamonds.
I put a generic light tan on white print in there for contrast. 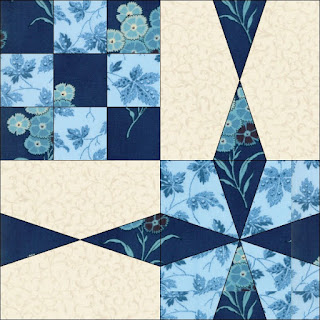 Arrange the three blocks as a four patch like this 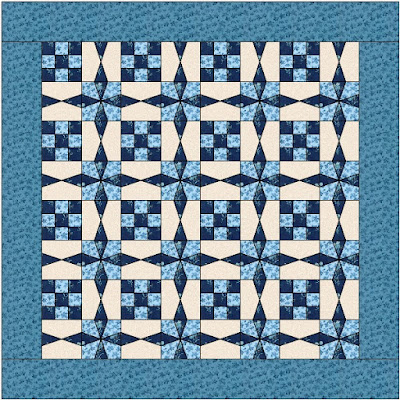 And then repeat. The sketch I drew in EQ7 features
6" nine-patch blocks, etc. With a 6" finished border
the quilt is 60" square. 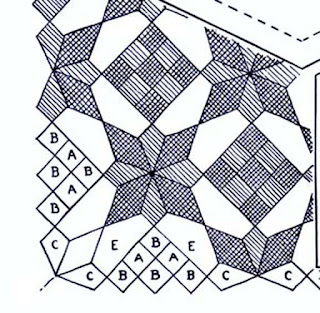 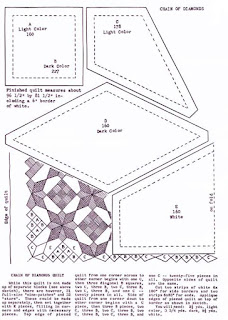 Aunt Martha had you put it on the diagonal. 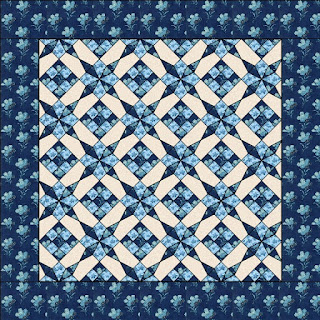 That's good too.
Do note that Aunt Martha didn't give you a template for
the edges. 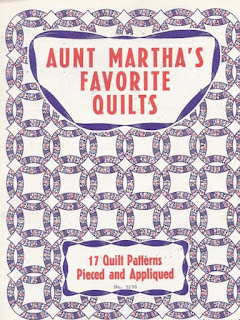 The pattern was in the booklet Aunt Martha's Favorite Quilts. 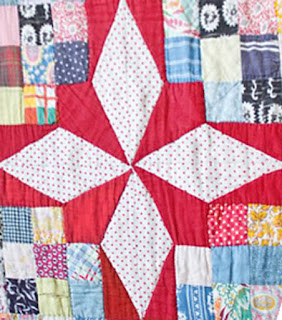 Here's a variation I found on line, 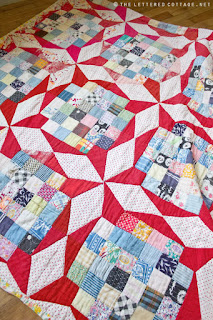 which Layla at the Lettered Cottage bought on Etsy.
http://theletteredcottage.net/patchwork-quilts/

I hadn't seen this variation before and I was going to draw it out in EQ7 but I see that Sassafras Lane already has a pattern for sale. They call it Bourbon Street. 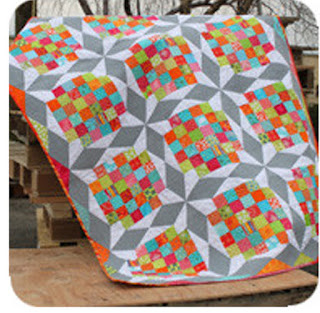 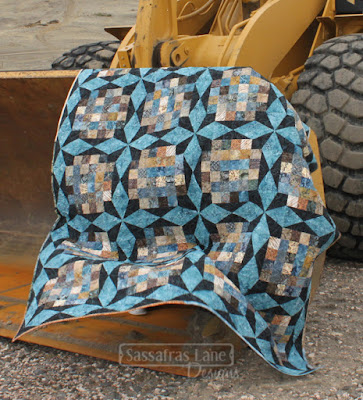