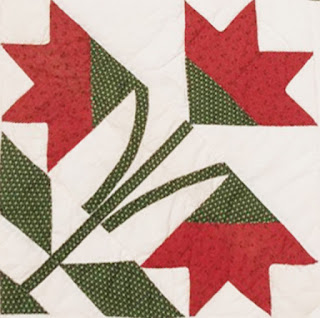 Most of us would call this a Carolina Lily 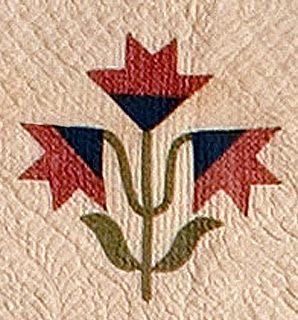 Or a North Carolina Lily 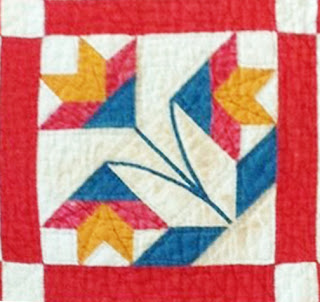 It's an old pattern with much variety. You see all manner of leaves pieced and appliqued. 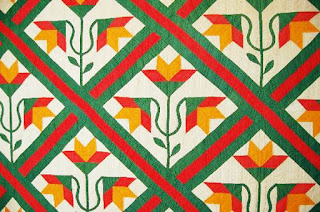 Although the flower is fairly consistent. 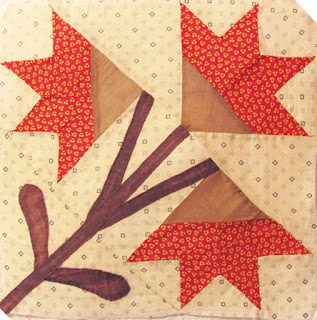 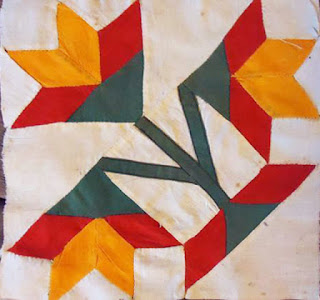 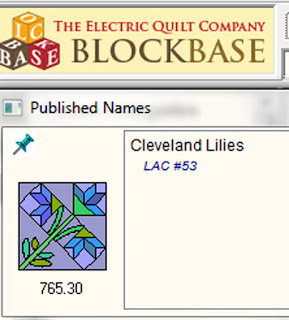 Could it have been a political pattern? 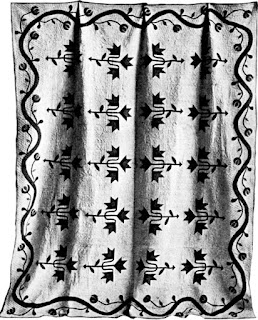 Or just a pretty floral.
In 1915 Marie Webster showed it as North Carolina Lily. 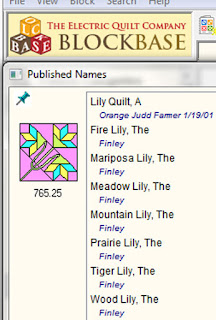 A version without any leaves was published as A Lily Quilt in the agricultural magazine the Orange Judd Farmer in 1901 and in 1929 Ruth Finley put a similar version in her book Old Patchwork Quilts and the Women Who Made Them.
She gave it many names---most of which didn't stick. 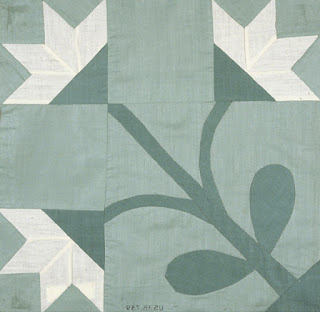 Spencer Museum of Art Collection
In her 1935 book Romance of the Patchwork Quilt Carrie Hall repeated those
names and showed this version, which some copied quite closely below. 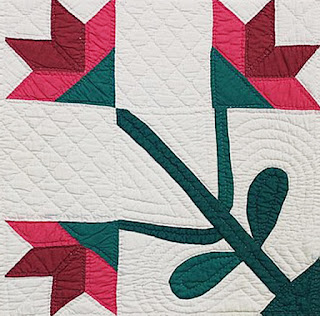 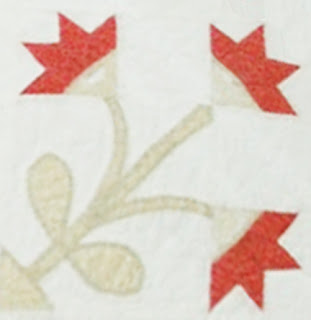 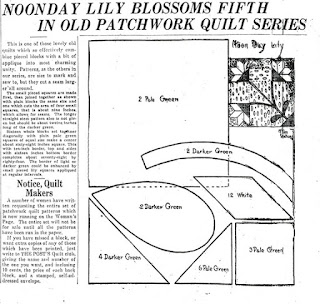 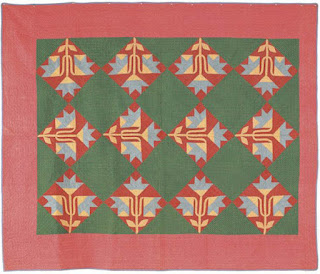 The pattern was popular 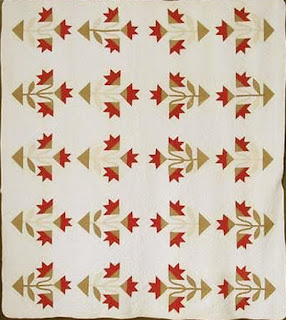 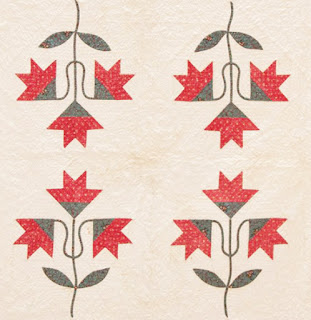 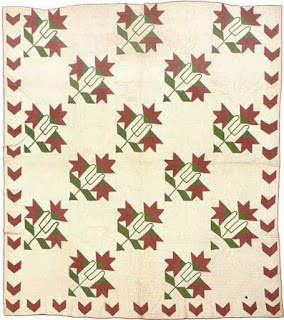 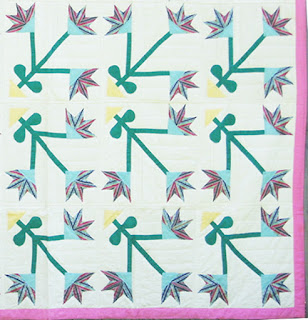 Mid-20th century,
above and below 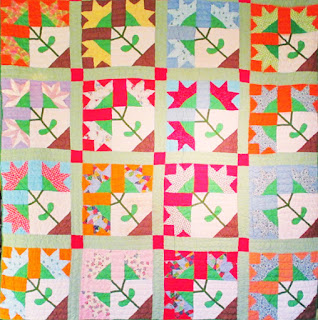 Collection of the Literate Quilter 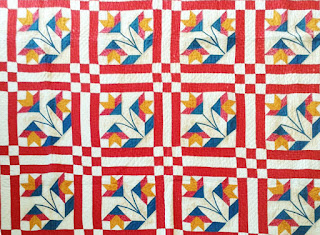 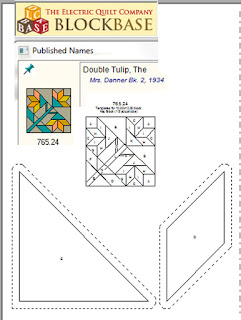 BlockBase indexes many variations all numbered 765. Here's
a couple of the templates for a 12" block of 765.24, The Double
Tulip from Mrs Danner in 1934. The leaves are pieced
but the stems are appliqued.
If you are inclined to make one from the BlockBase patterns
you'll want to print out the templates as well
as the rotary cutting information.

And while you are sewing you can decide how to set the blocks. 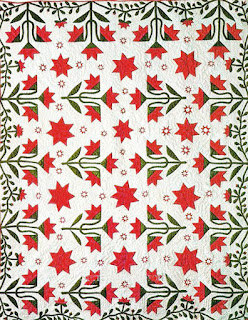 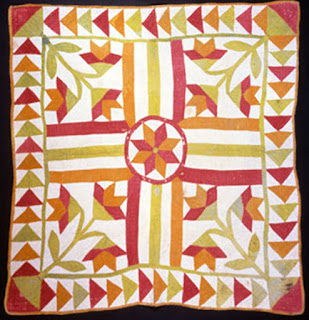 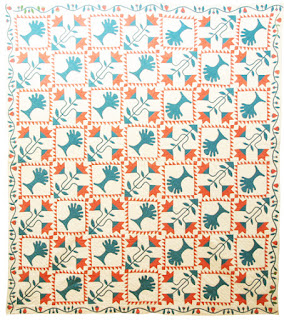 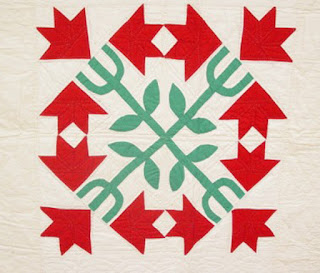 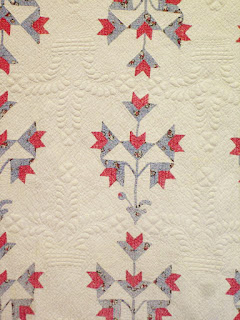 And then you can add on more lilies
as in these two stuffed work versions from about 1850. 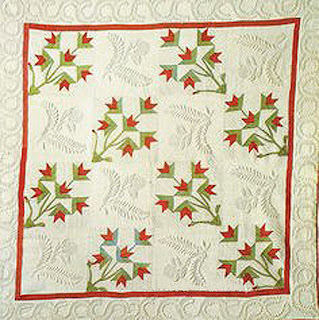 From an old Quilt Engagement Calendar
Twins, perhaps, with that bud coming out of the base
and the feather quilting. 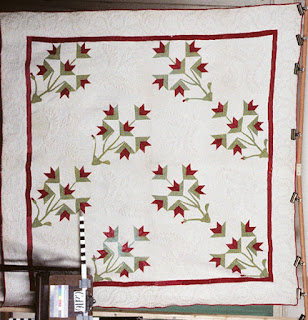 Same quilt documented by the North Carolina project.
Picture from the Quilt Index.