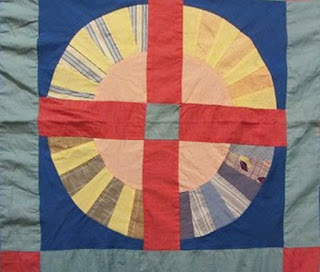 One of my favorite patterns. 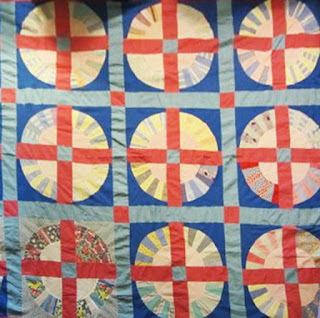 This version of a fan and a nine patch is from
the mid-20th century.

The name:
Ladies' Fancy, which was first published in 1884 in Farm & Fireside magazine... 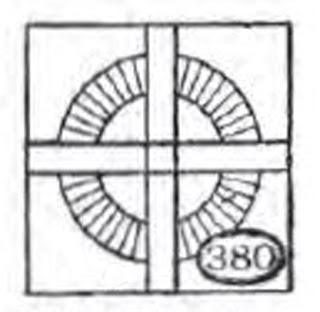 And republished by the Ladies' Art Company
with the same name in one of their early catalogs. 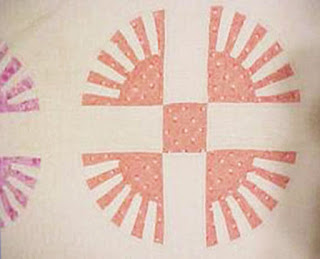 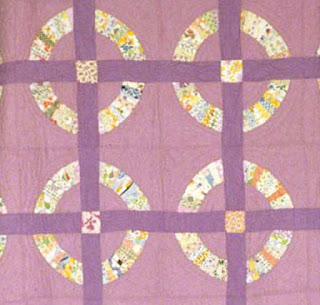 The Nebraska project documented this one which also looks
like high-style 1930s design. 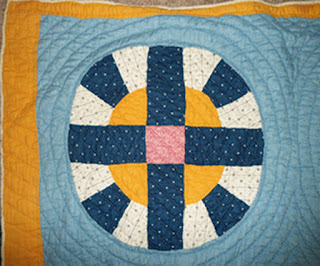 A variation, a little older.
BlockBase #2001 called Around the World in the Kansas City Star. 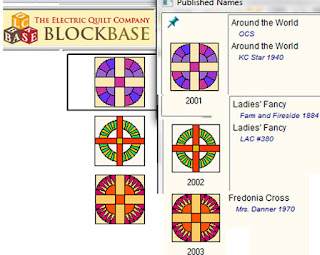 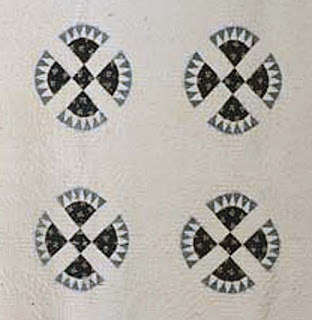 # 2003 From the Iowa project and the Quilt Index

This pattern with the spiky fan blades wasn't published with a name until the 1970s when Mrs. Danner's Quilts in Kansas sold a pattern she called Fredonia Cross because the vintage quilt she drew the pattern from came from Fredonia, Kansas. 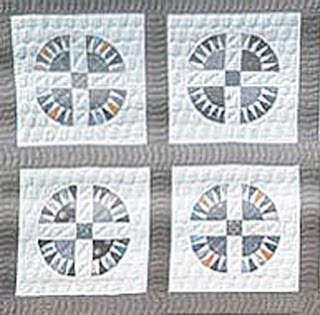 But about a hundred years earlier quilters were using the pattern
in the South. This one's from Tennessee project. 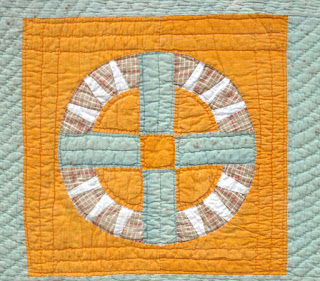 A variation that's more a wheel than a nine patch. 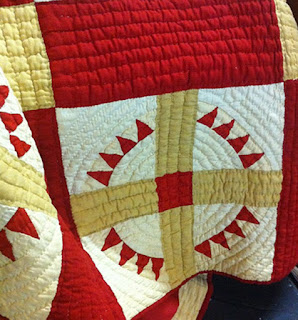 The pattern seems a simplification of the Rocky Mountain design. 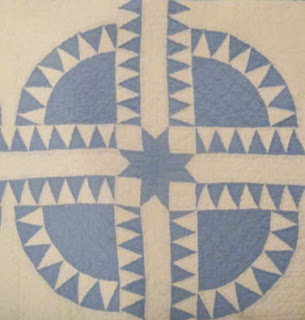 You could see how this popular Southern pattern
might get modified. 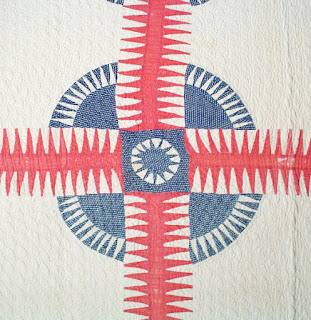 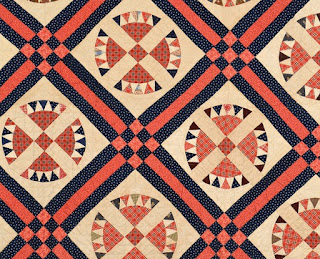 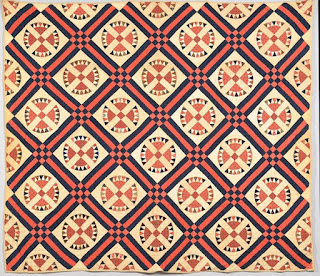 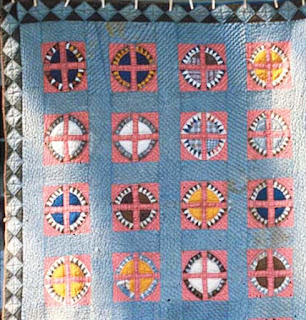 Another one from the Tennessee project 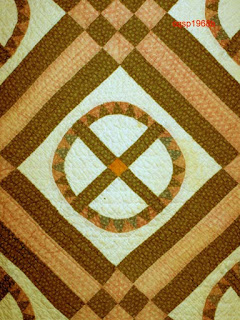 This one with a different proportion is from the
Connecticut project 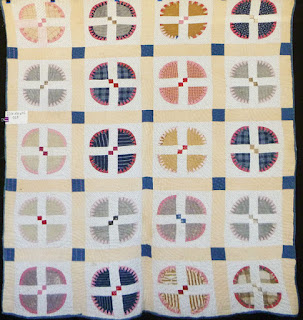 \
An example with a four-patch in the center from
the Oregon project. 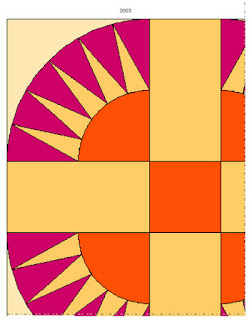 BlockBase will print the block any size you like
so you can piece the arcs over paper.

I found most of the examples of #2003 here in the Quilt Index by typing in the word Fredonia at the top right in the search box.
http://www.quiltindex.org/search.php 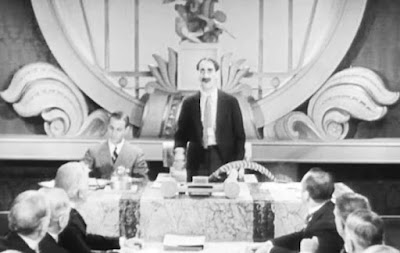 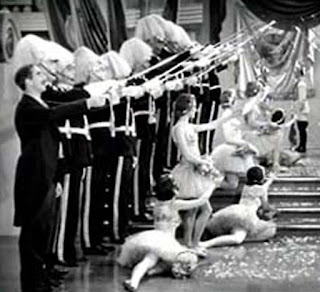