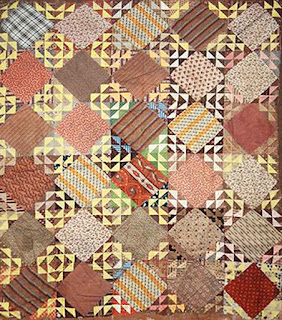 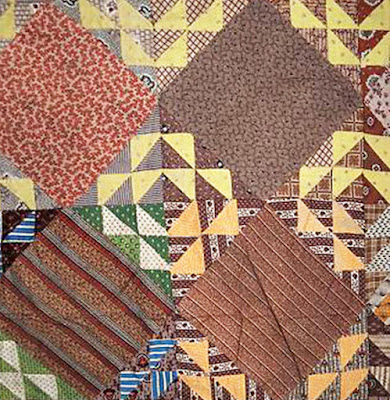 It's a square inside a square.
BlockBase #2404,
which was first published (according to me) as Carol's Scrap Time Quilt
in a pattern magazine in 1964.
It must have been published before that. 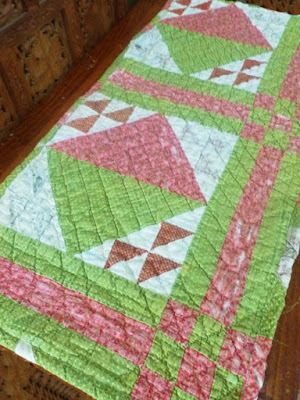 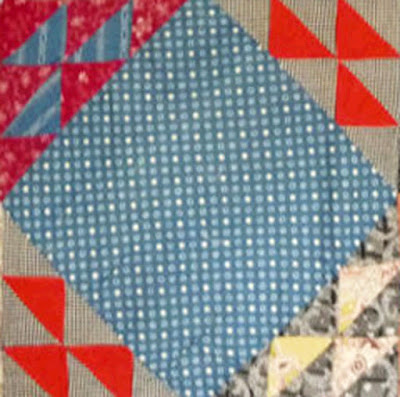 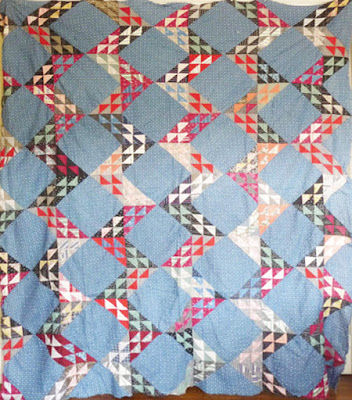 Set at a half drop  (each strip is dropped a half a block),
which gives you a whole different look. 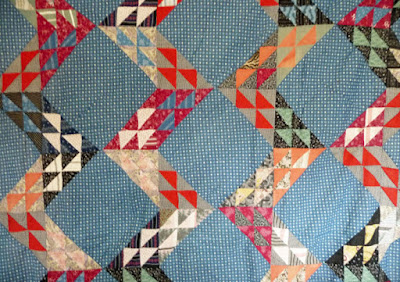 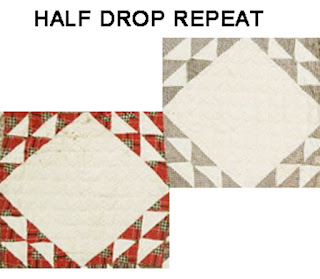 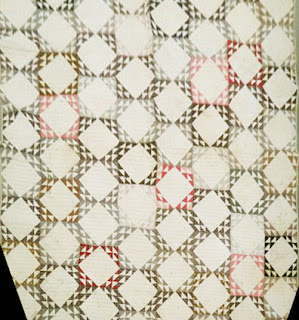 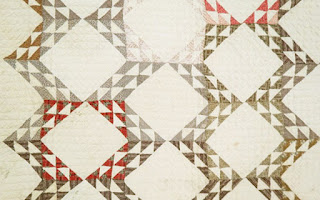 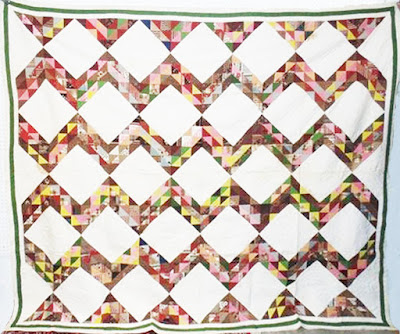 And here's another from about 1880---maybe a little earlier.
Half drop repeat. 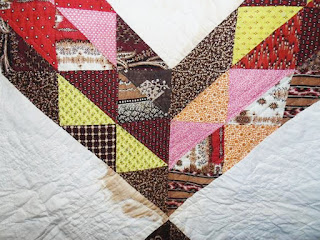 Less color organization in the corners. 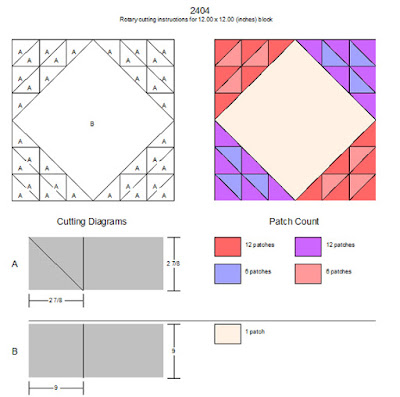