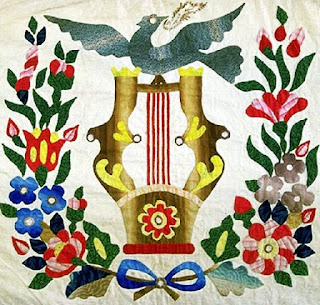 1847 Baltimore Album made for Bernard Nadal.
Collection of the National Museum of American History.
http://americanhistory.si.edu/collections/search/object/nmah_556185

The lyre image is commonly seen in Baltimore Album blocks... 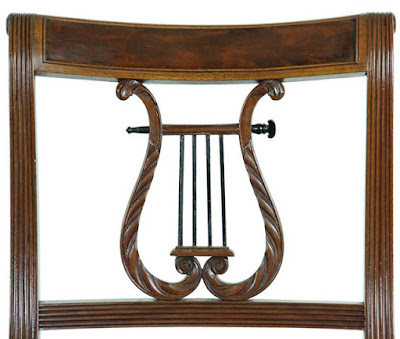 Inspired by a taste for classical form
exemplified in this chair back from the Duncan Phyfe workshop. 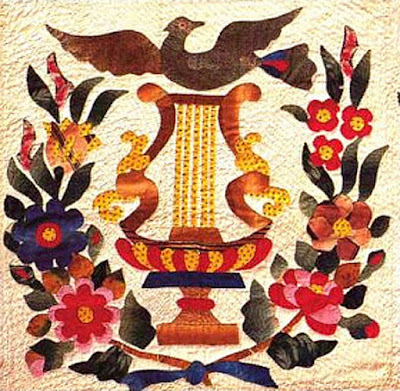 One could purchase a kit for a graceful block 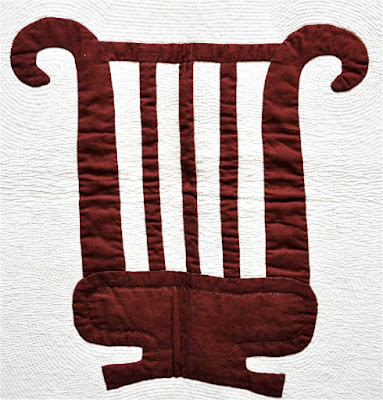 or draft the musical instrument oneself. 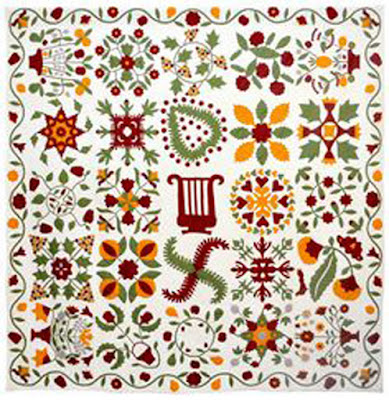 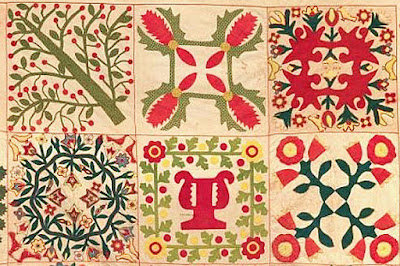 1851 Baltimore Album by
Eliza and Sarah Waring and other family members.
Collection of the DAR Museum
http://eyeonelegance.dar.org/node/35 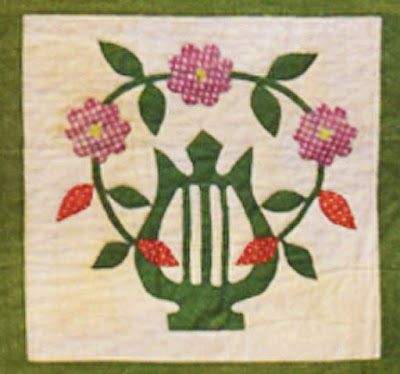 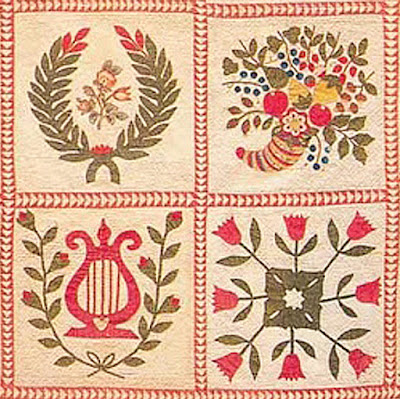 Baltimore Album in the collection of the Los Angeles Museum of Art
http://collections.lacma.org/node/172107

This single block with a heart is similar to three lyre blocks in a Baltimore Album
in the collection of the Grand Rapids Public Museum. 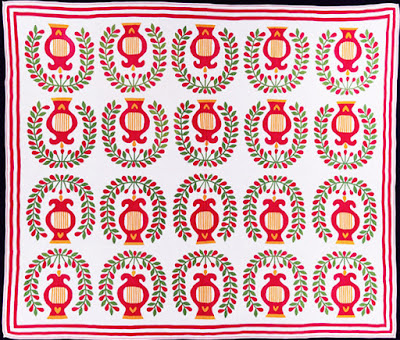 From the James collection at the International Quilt Study Center & Museum
1997.007.0556 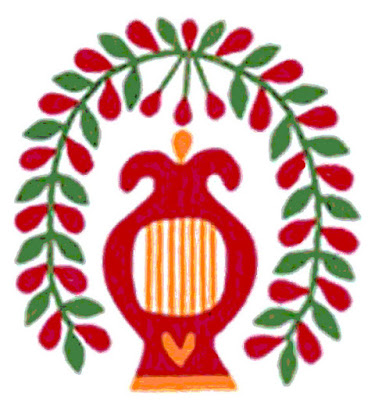 We wonder about the symbolism in this popular image. One place to look for meaning is in funerary arts from the period. 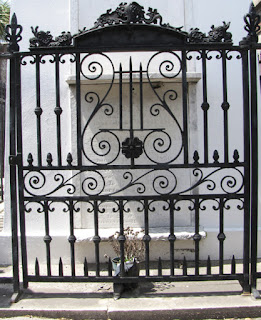 Gate in a New Orleans cemetery

Here's an analysis on the meaning from the blog Gravely Speaking.

"The lyre is a symbol of Apollo, the Greek god of music. In Christian symbolism it can represent harmony and Heavenly accord and song in praise of the Lord. In funerary art, however, the lyre can also represent the end of life." 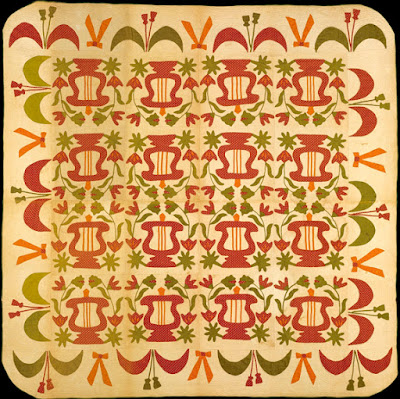 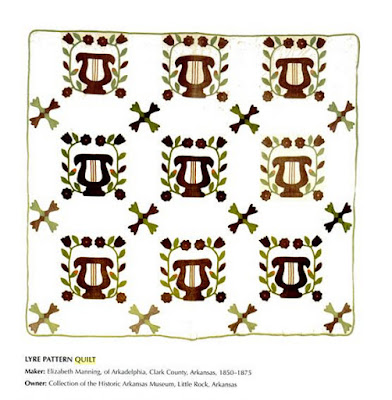 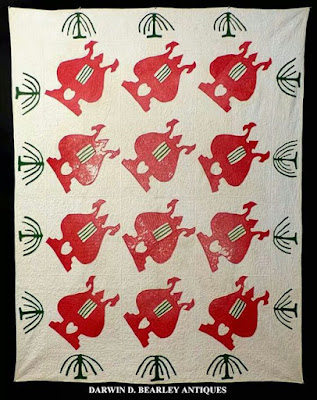 Darwin D. Bearley Collection
Again the heart at the base of the instrument.
This might symbolize harmony and accord,
But the weeping willows make one think of mourning
and the end of life.

And then there are medallion formats... 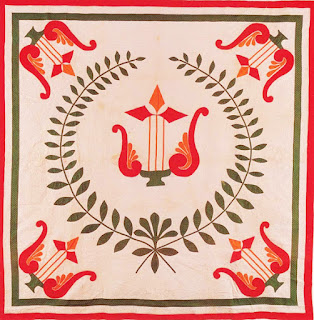 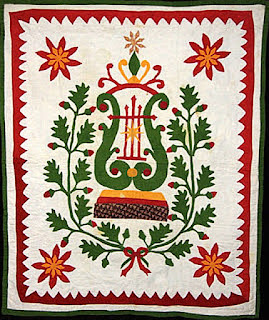 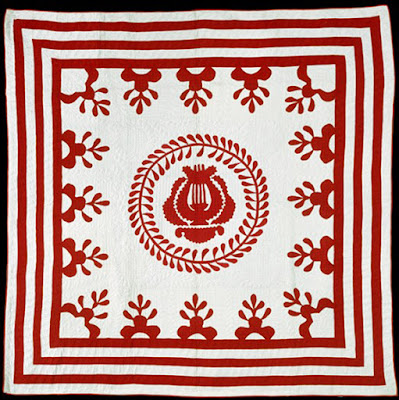 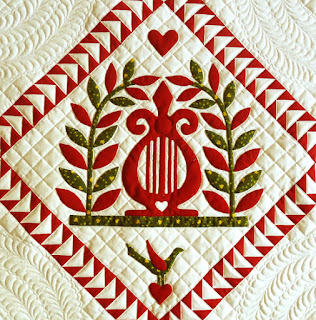