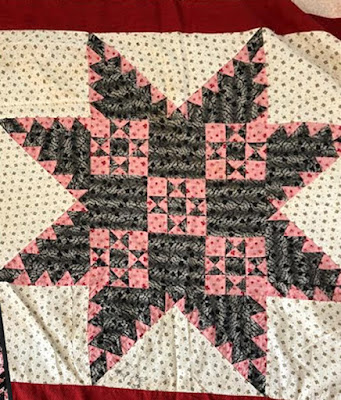 Lisa was lucky enough to find this top in Fort Worth, Texas. 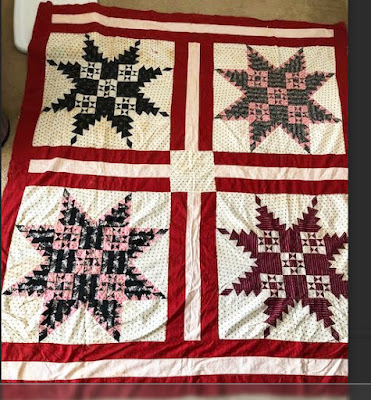 The fabrics look to be: 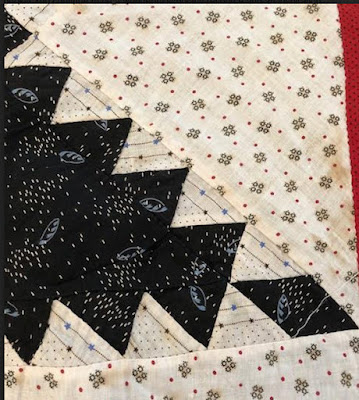 I recognized the pattern as it's a block from Carrie Hall's
1935 index: California Star 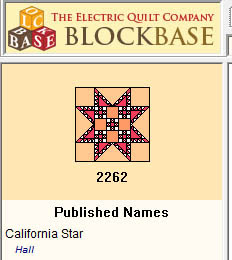 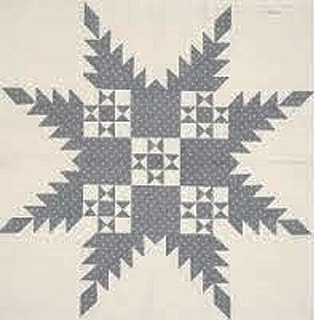 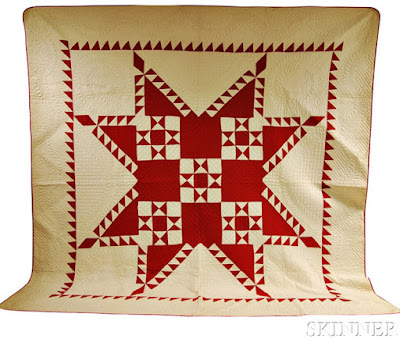 I have pictures of other examples from the early 20th century,
this giant example from a Skinner auction. 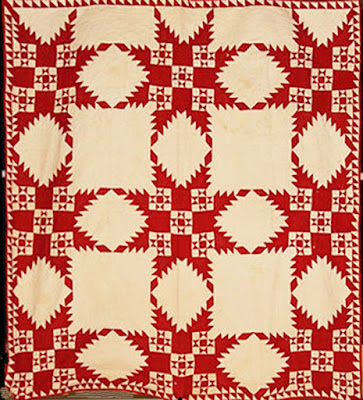 Turkey red seems to have been a favorite.... 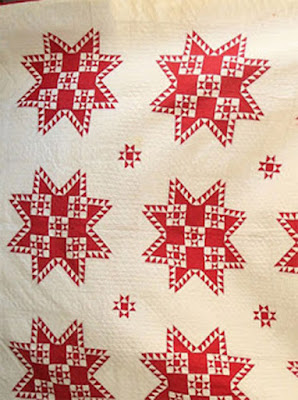 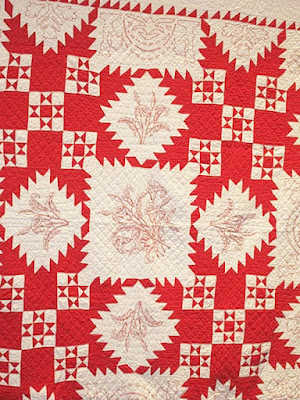 Did any one make one in the 1930s pastels after seeing
the pattern in Hall's book? 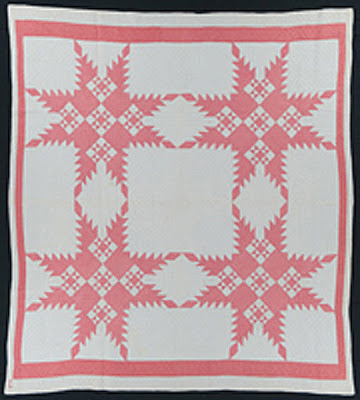 This pink and white variation is also probably late 19th century. The blocks
are tilted--- 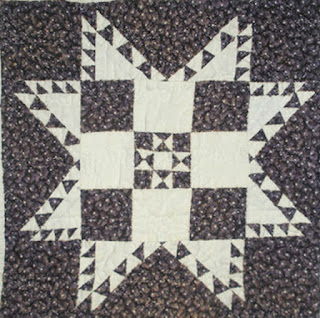 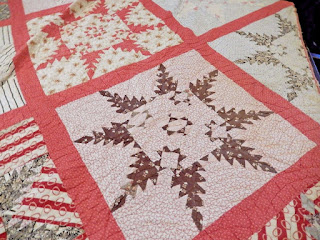 Want to make one? Marsha McCloskey has a pattern: 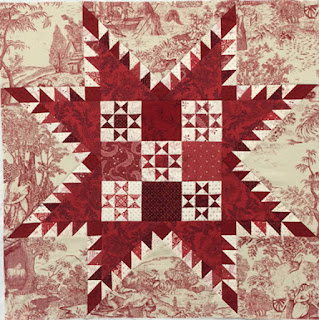 https://featheredstar.wordpress.com/2016/03/29/california-star/
Posted by Barbara Brackman at 6:00 AM