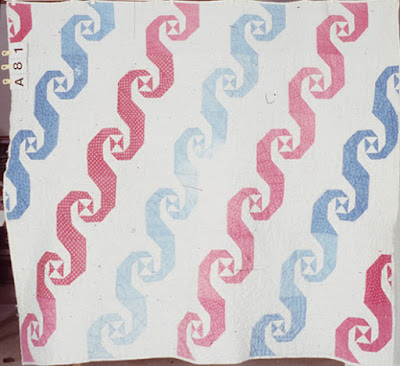 An unusual design from about 1910 found in the Iowa Project.
Lucy Kessler Eddy made the quilt. The family name was Friendly Hand 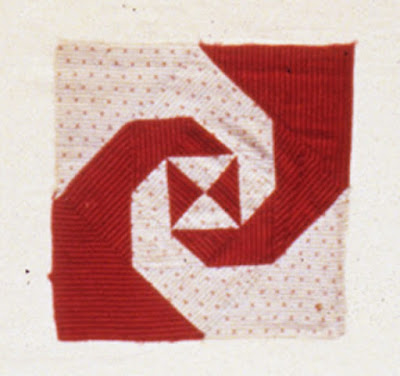 The pattern is BlockBase #2400 and here's a block
from Mary Barton's collection (also from Iowa.) 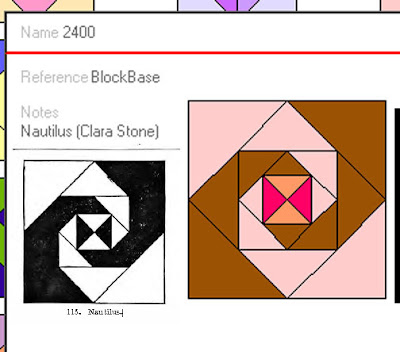 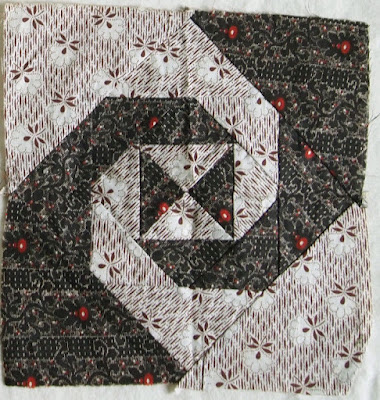 A  block from the era 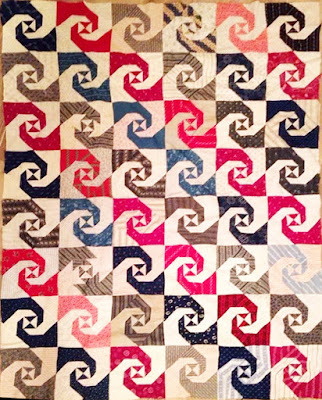 A top with blocks set all over 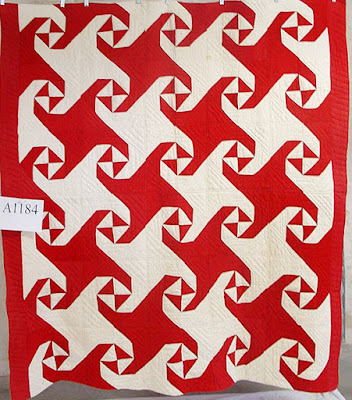 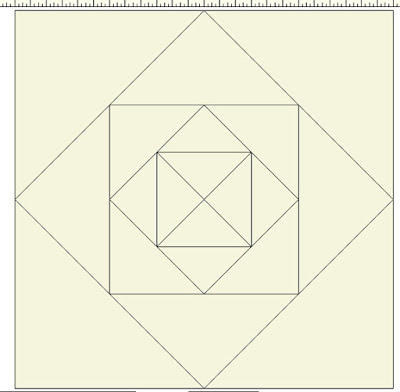 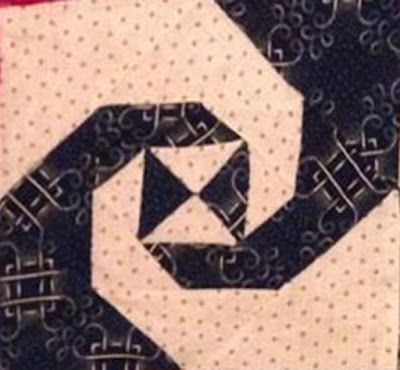 But wouldn't it work better as a spiral if the X were shaded differently? 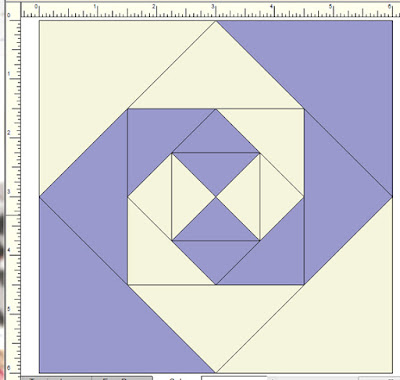 I imported it from Block Base into Electric Quilt and reshaded it. 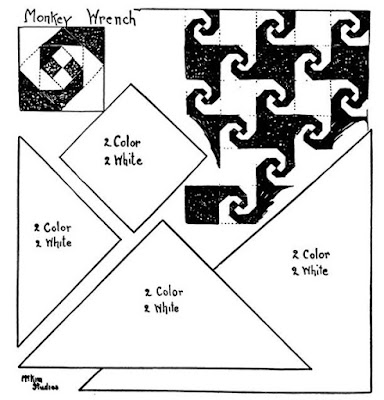 Ruby McKim must have thought the same thing as she published it about 1930
as Monkey Wrench with a four patch in the center. 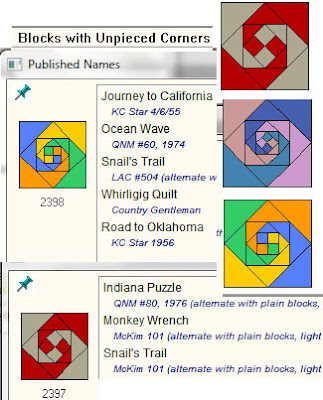 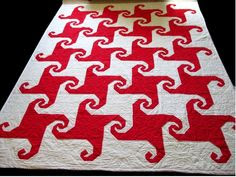 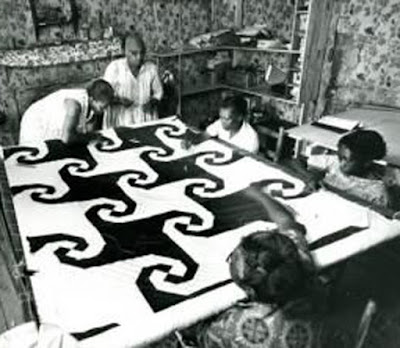 The Freedom Quilting Bee, maybe about 1980 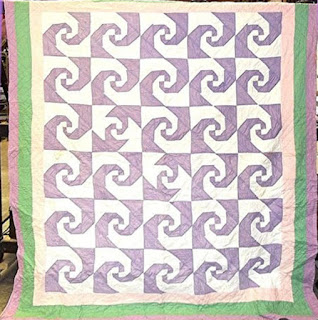 The shading is tricky. 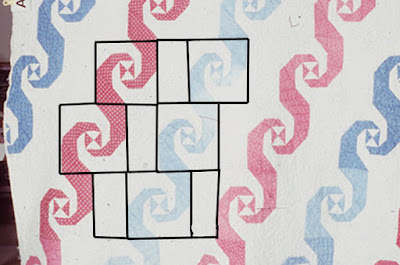 And here's how that clever Lucy Kessler Eddy set her blocks. For a
12" block alternate with a 6 x 12" finished rectangle and offset the repeat. 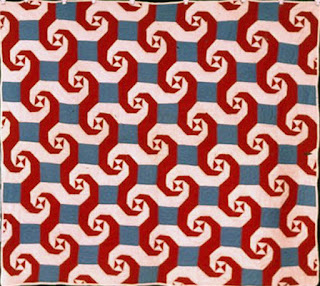 Another great variation from the Wyoming Project.
The family name was Nautilus.

It's the same red and white square block---
let's say 12", set with a single alternate blue block half
that size---so 6"

The nautilus block is then set at a half-drop---
half way up, stair-stepped. 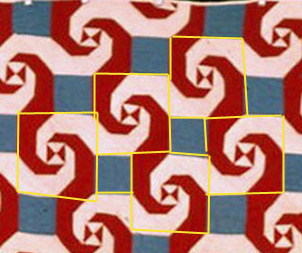