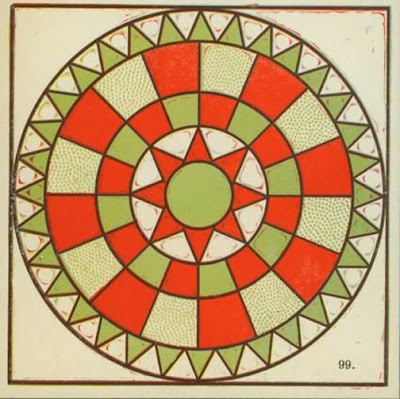 Georgetown Circle pattern from the Ladies Art Company.
A sunflower with two rings of checkerboard and an outer ring of triangles. 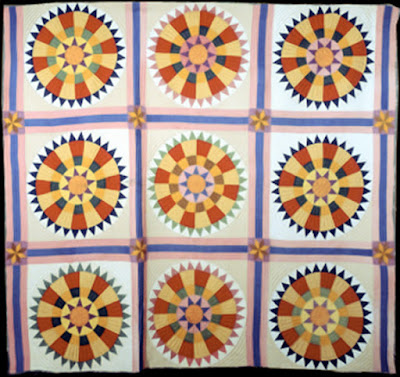 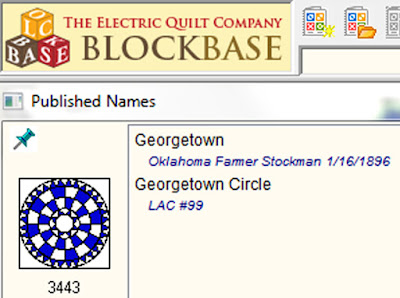 BlockBase #3443.
It was published as plain old Georgetown in
1896 in an Oklahoma farm newspaper.
Which came first the Oklahoma pattern or the Ladies Art Company's? 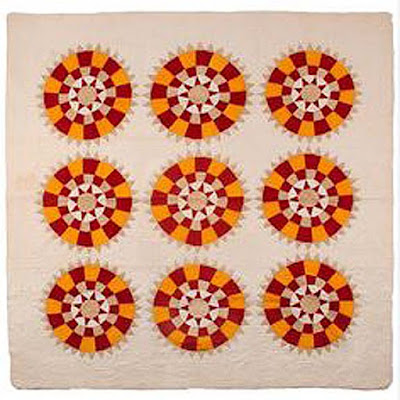 You don't see many made at the turn of the last century when
the pattern first appeared. 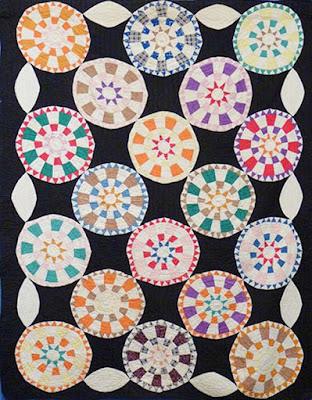 American Museum of Folk Art collection.
Most of the vintage examples seem to date from
the mid-20th century 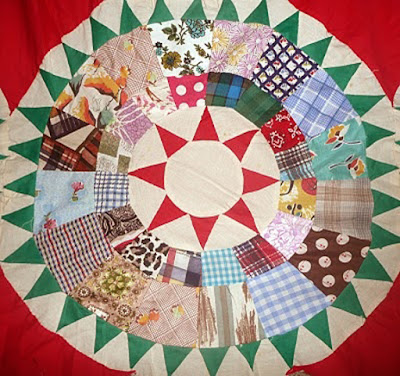 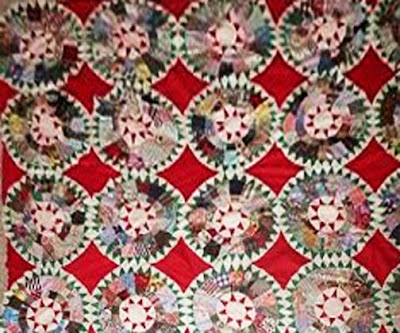 Sue and her friends made blocks inspired by this one. 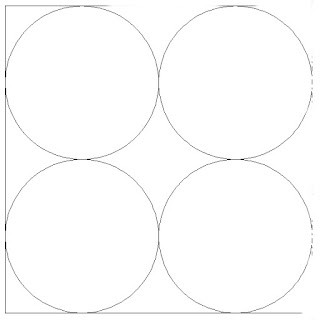 The three above look to have been constructed as circular blocks with
a squeezed square in between. 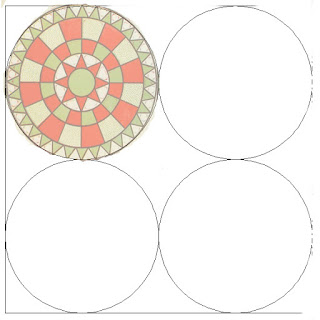 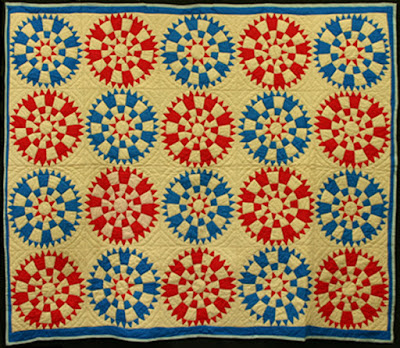 Elizabeth Runyon used a conventional square block format.
From the Louisiana project, perhaps from the 1970s.
They note it's polyester. 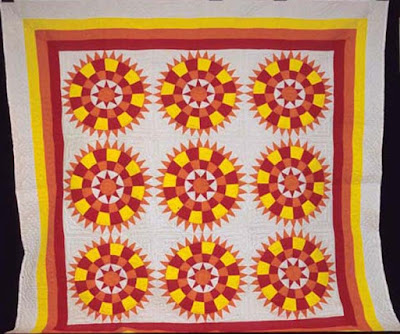 A 1986 version from the Nebraska project by Sarah Fahrenbruch Hoak

Some master stitchers have accepted the challenge. 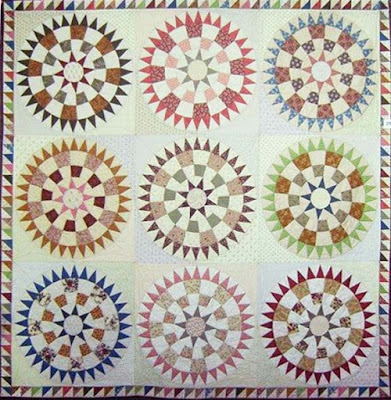 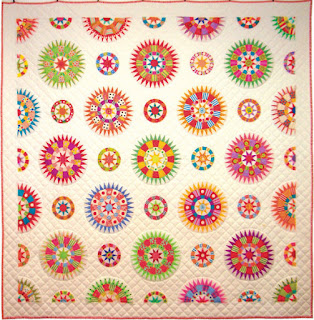 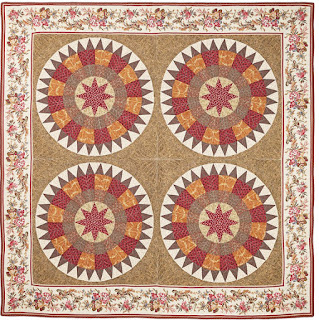 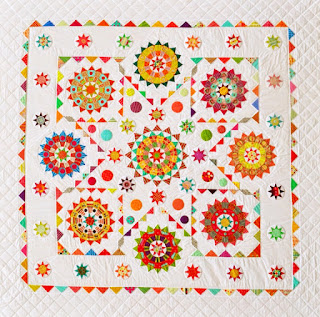 Georgetown on My Mind by Jen Kingwell

You shouldn't have any trouble finding a pattern for the three above.