One of a Kind? 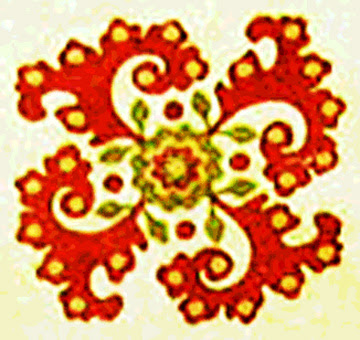 You don't often come across a one-of-a-kind 19th century pattern. This flamboyant
9-block seems to be unique. 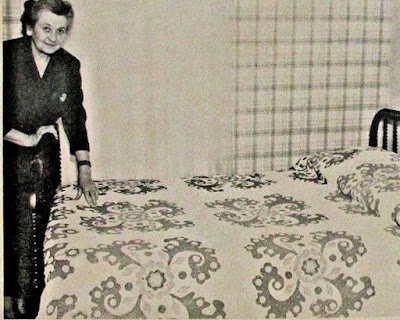 Scioto Imhoff Danner sold a pattern for it in the mid-20th century. Here's a photo from 1958.
The quilt was in her collection and she showed it in two of her catalogs. She
gave it to the Denver Art Museum in 1971. 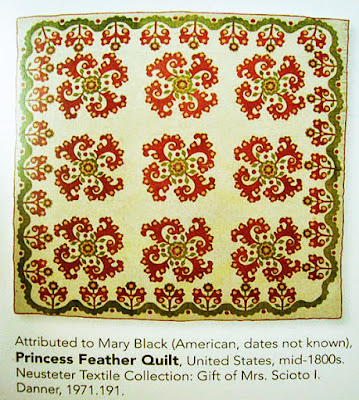 The latest catalog attributes it to Mary Black.

Her catalog caption called it Prince's Feather. She said:
"There are many variations...I saw a very similar one on George Washington's bed at Mount Vernon." 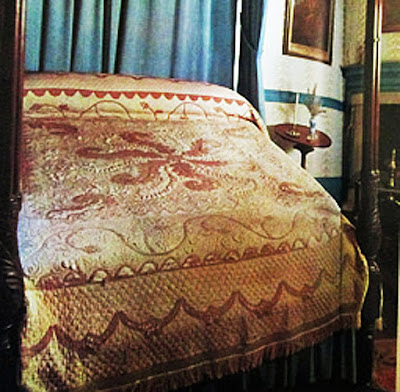 She'd probably seen this quilt at Mount Vernon, which Woman's Day magazine called Washington's Plume. It's quite a bit different. 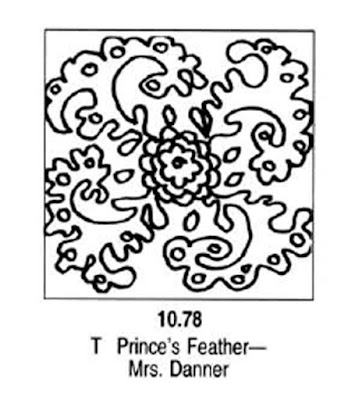 The pattern has a number in my Encyclopedia of Applique, but it's the only one I've ever seen... 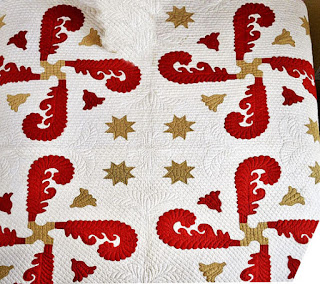 although there are variations.
I wonder if anyone made one from Mrs. Danner's pattern. 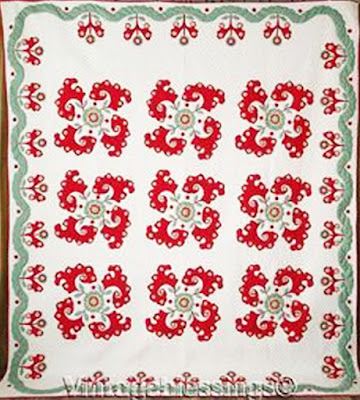 UPDATE: Somebody did. Here's a quilt that looks to be mid-20th-century
from eBay seller Vintage Blessings. 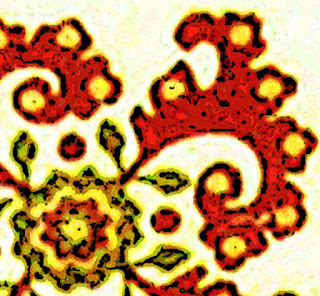 It's a flamboyant feather. Print this out and see what you can
come up with. 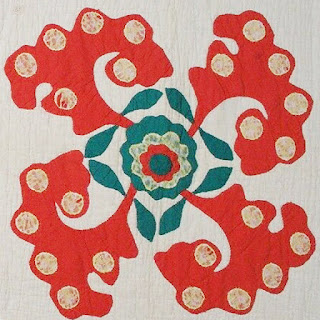 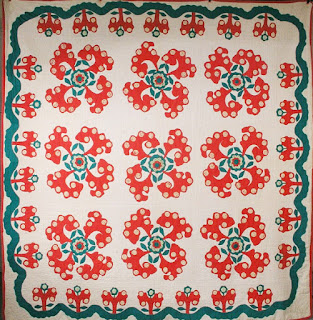 Update in September. 2019. Found another example in an online auction.
The yellow is apparently nylon tricot.