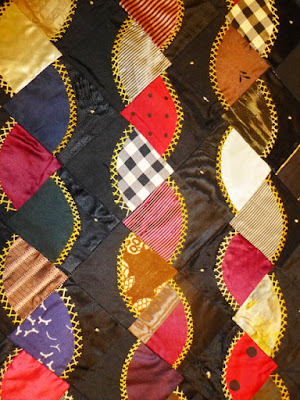 I saw this quilt in an online auction a few months ago.
It's a great effect from some simple patchwork. 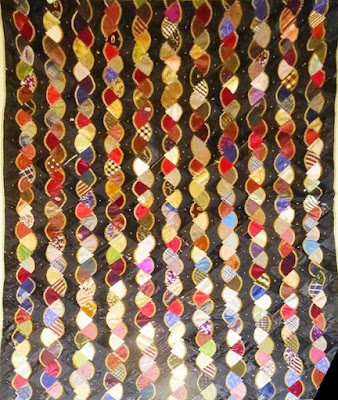 About 1900
Just a lot of simple patchwork. 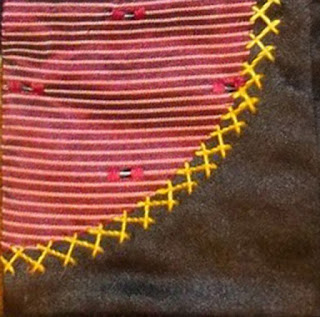 The basic unit is the quarter circle in a square
that we would call a Drunkard's Path block.
That yellow embroidery is a nice touch. 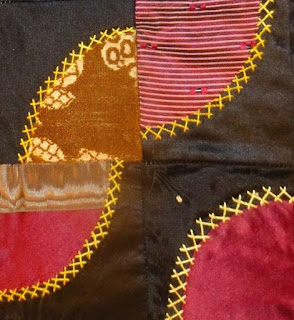 The repeat is a block like this
set on point 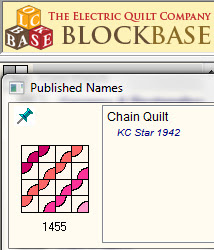 This arrangement and shading set all over has a BlockBase number
#1455, published by the Kansas City Star in 1942 as Chain Quilt. 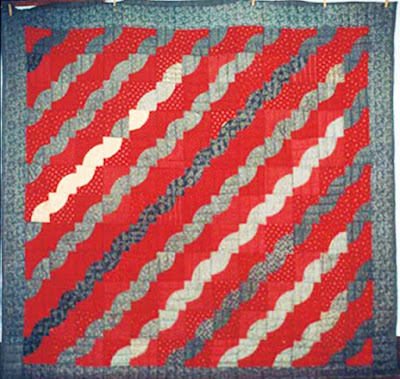 I've got some other examples. This one from the Tennessee Project
and the Quilt Index is by Frankie Tatum Williams, made in Mississippi, about 1900.
http://www.quiltindex.org/fulldisplay.php?kid=4C-83-D7 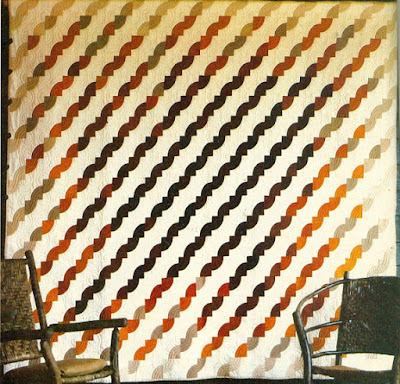 Hard to date from the photo

Both of these are set on the square 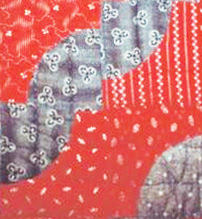 A detail of Frankie's shows you the shading, all the half
circles are one shade, all the backgrounds another---look like Turkey reds.
The units are rotated --- two corners go up and down, the other two corners go down and up. 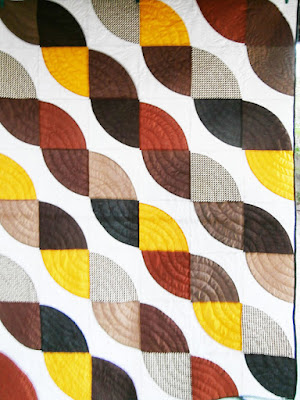 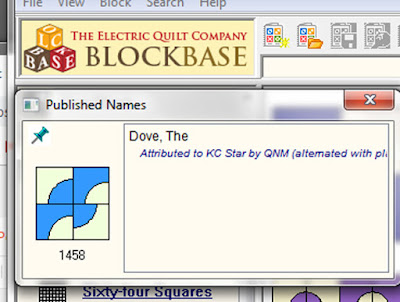 #1458 Only one rotation with two different shadings.
Three of the units go one way, the tail section is rotated.

Switch out the shading and make half the backgrounds dark and half light.

Quilters Newsletter attributed it to the Kansas City Star, but I've never found the original clipping. They called it Dove and it does look like a bird in flight, particularly if you isolate the four patch with alternate plain block or sashing. 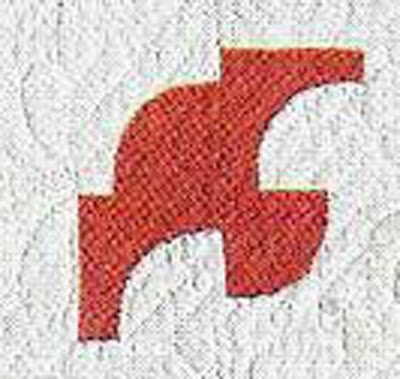 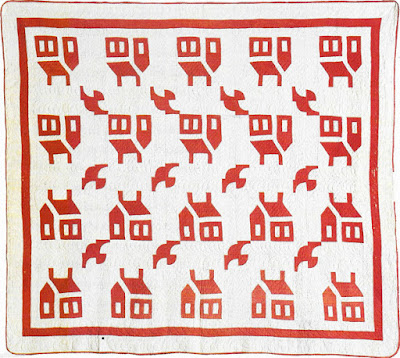 In a house quilt I found floating around online.

Set all over it has a different number #1459.
But the differences are so subtle that I overgeneralized. 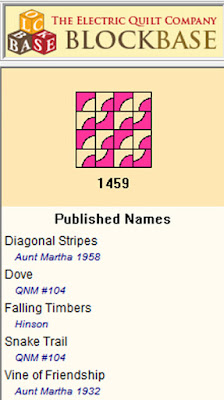 Things are getting tricky.
Aunt Martha published Diagonal Stripes in 1958. It's not quite the same.
Needs a new BlockBase number 1459.7

No rotation, all the curves go the same way
but half are dark quarter circles and half light. 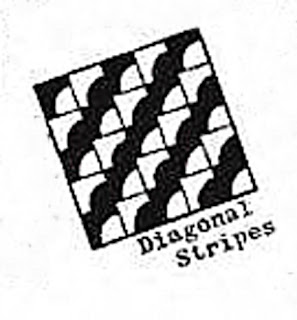 And one last chain.
A different rotation of the four units with 2 dark quarter circles and 2 light. 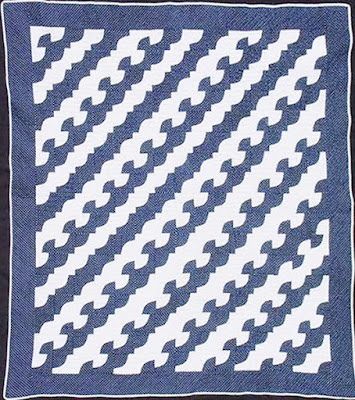 A vintage example. How old? 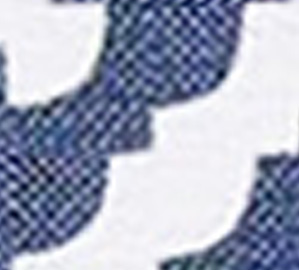 My mind is boggled. 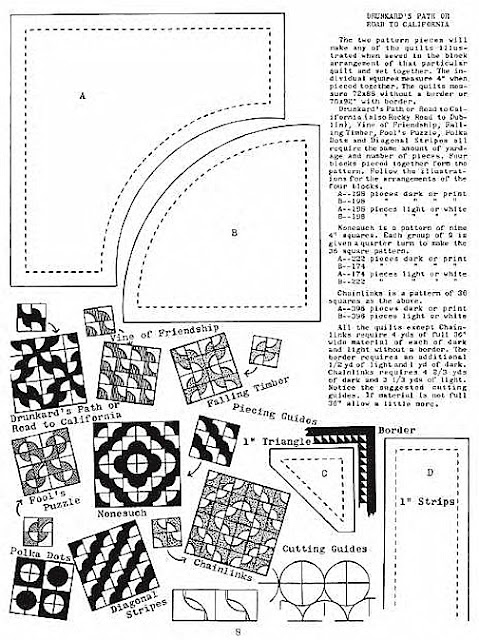 Here's Aunt Martha's pattern for related blocks. If you print it out 7" wide you'd have a pattern for a unit about 3-1/2".