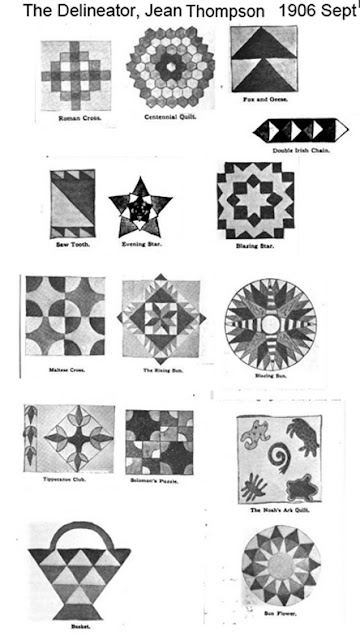 In 1906 The Delineator magazine published an article about quilts by Jean Thompson. She included several patterns with their names, one of which she called Tippecanoe Club (left side, 2nd from bottom).

Her Tippecanoe Club was a popular pattern despite its complex pieced curves. Here are some of
the published variations from BlockBase. Hers is most like BlockBase #3103, which was published in the Kansas City Star as a tulip block. 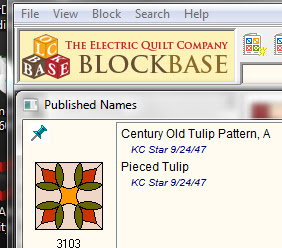 I had not seen this name before but I figured it had something to do with the presidential election of 1840 won by William Henry Harrison, nicknamed Old Tippecanoe for an 1811 victory over Shawnee troops headed by Tecumseh and Tenskatawa near the Tippecanoe River in what is now Indiana.

A Tippecanoe Club was a Whig political club, described in Boon’s Lick Times in June, 1840:

"The meeting proceeded to organize a Tippecanoe Club - for the purpose of promoting by all fair and honorable means, the election of Gen. Wm. Henry Harrison and John Tyler to the Presidency and Vice Presidency of the United States." 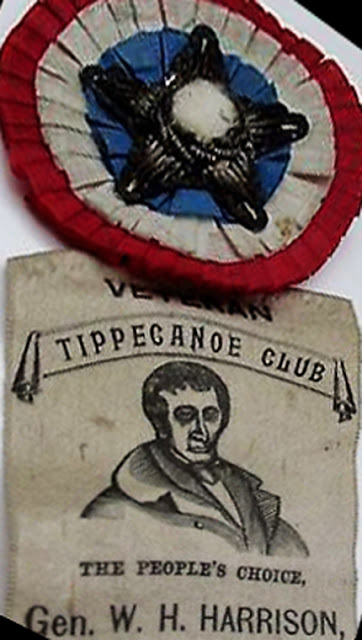 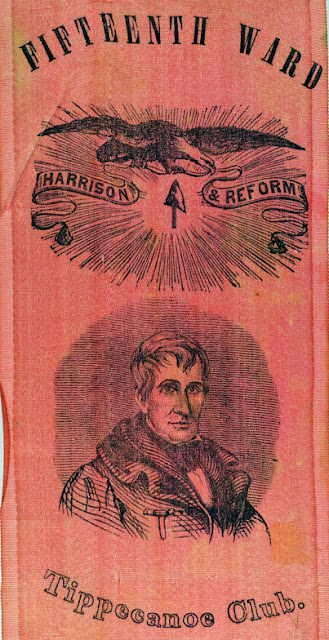 Tippecanoe Clubs continued as political organizations into the 20th century.

For more about the quilt pattern see this post:
http://encyclopediaquiltpatterns.blogspot.com/2017/04/tulip-or-turkey.html