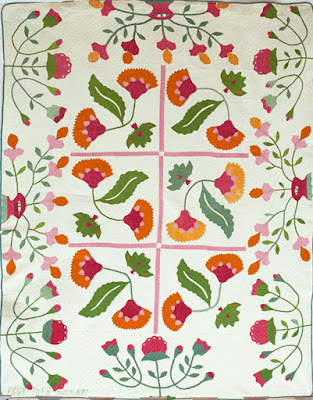 Cockscomb from the collection of Lynn Evans Miller
Mid-19th century 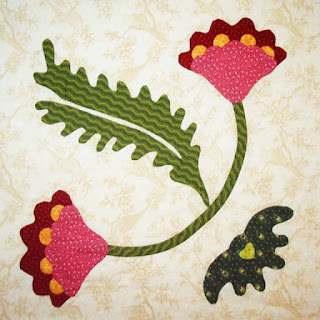 The Cockscomb is Block #2 in the Hospital Sketches BOM of fashionable mid-19th-century designs. See a post with a pattern at Civil War Quilts:
http://civilwarquilts.blogspot.com/2019/02/hospital-sketches-2-robertson-hospital.html 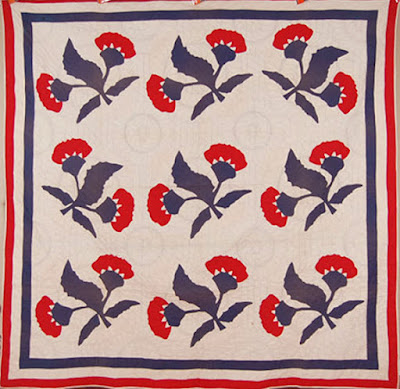 Late-19th century
The popularity of this rather eccentric design is surprising. 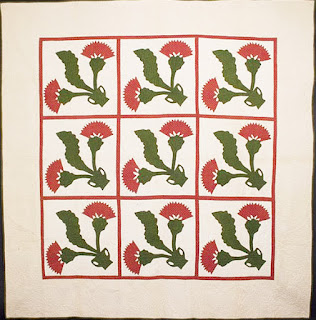 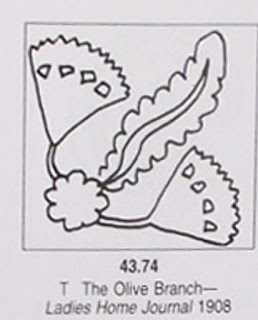 The design wasn't published until 1900 or so,
decades after quilters began using it. 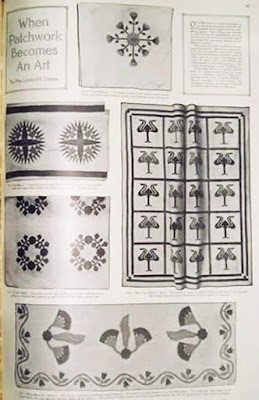 Simon called it The Olive Branch, a symbol of peace. 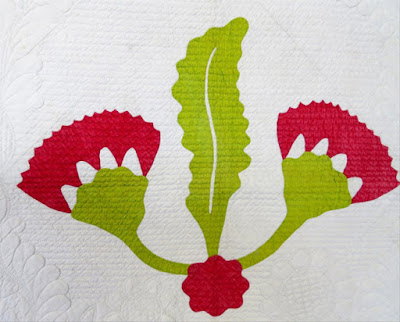 This quilt, quite mid-19th-century, looks a lot like her example. 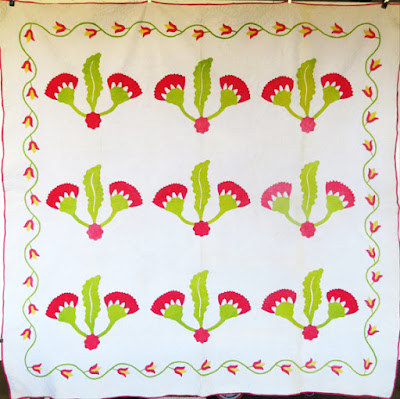 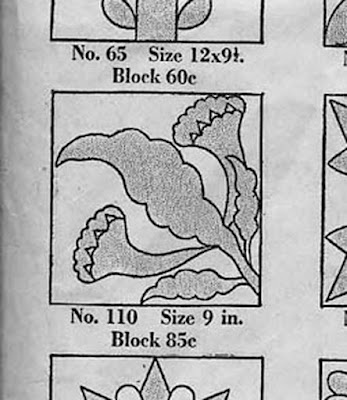 The Ladies' Art Company also called it The Olive Branch.
You could buy a finished block for 85 cents from them.
I'll take 9. 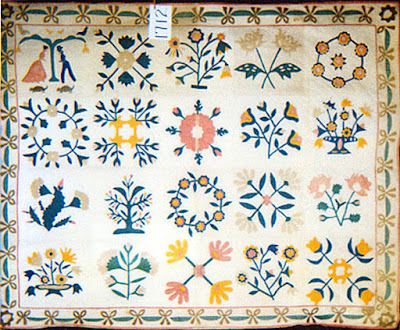 Collection of the Belchertown Historical Society
From the Massachusetts project & the Quilt Index.

It's also surprising to see how often it was used in samplers
and friendship quilts. 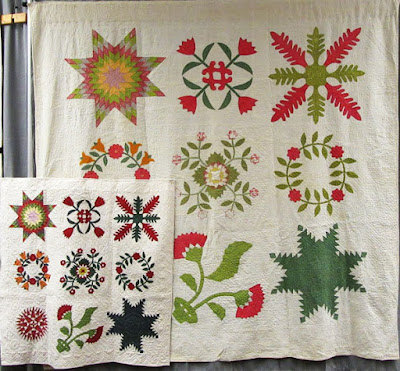 Here's an antique from Judy Roche's collection and her
smaller copy. 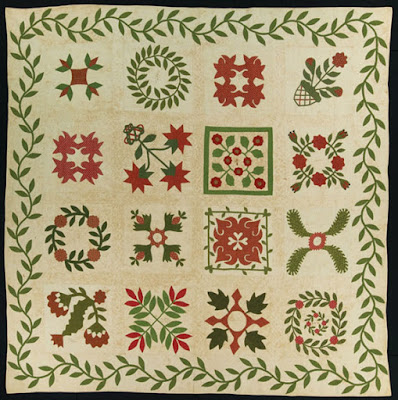 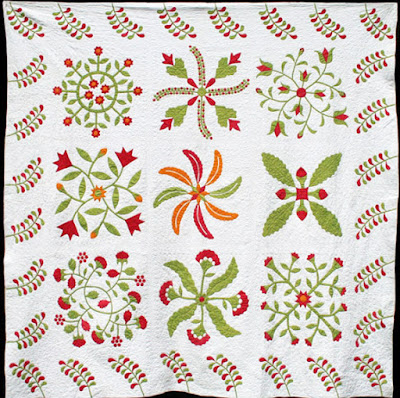 From Julie Silber's inventory
Most of these are from the mid-19th century when the pattern appeared.

Even though I can't tell you much about its history I have a lot of photos. Since we like to look at quilts here are some pictures of the cockscomb and its variations: 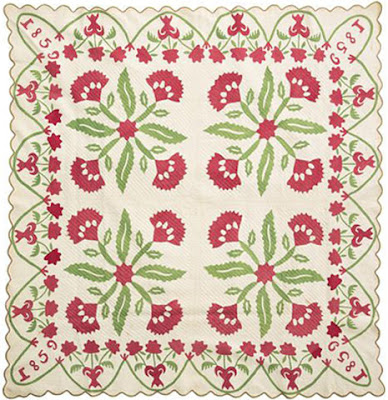 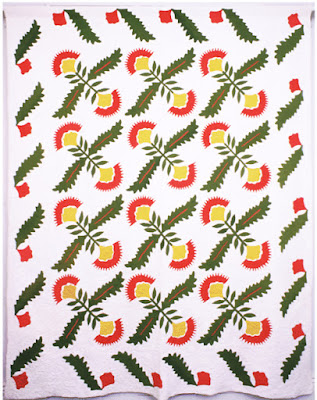 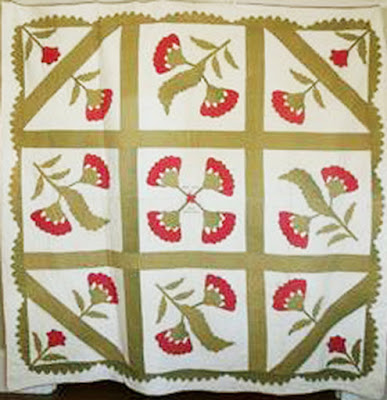 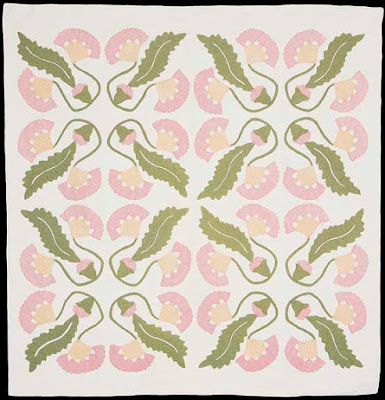 From the collection of the Rocky Mountain Quilt Museum
20th century 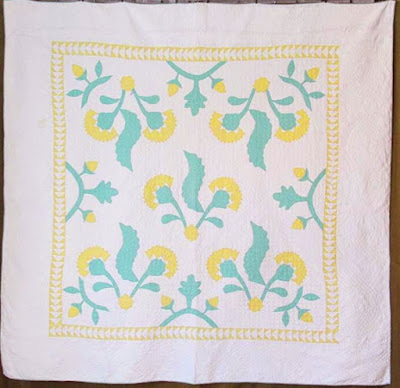 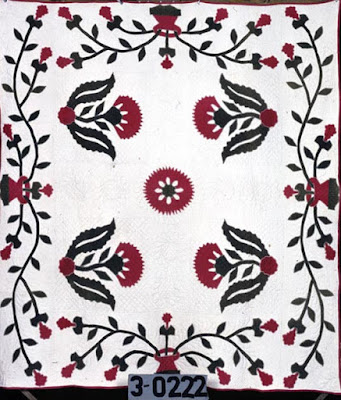 With the Vessel, Vine & Floral border, by Frances
Shaw of Hagerstown, Maryland. West Virginia project
and the Quilt Index. 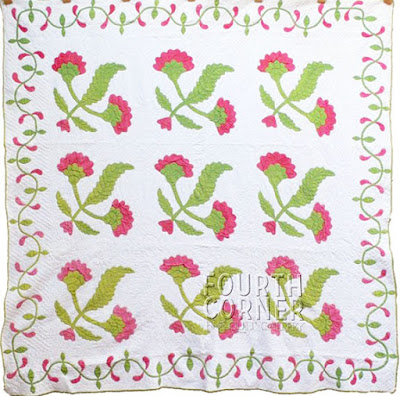 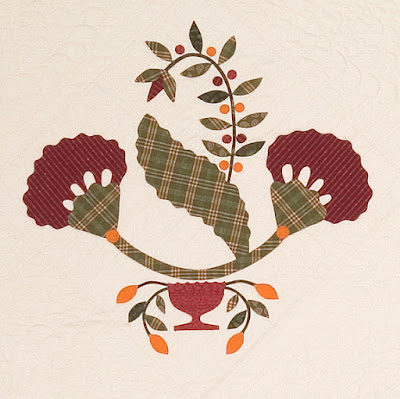 Jean Stanclift owns an antique that she copied for our Sunflower
Pattern Cooperative book Cranberry Collection. 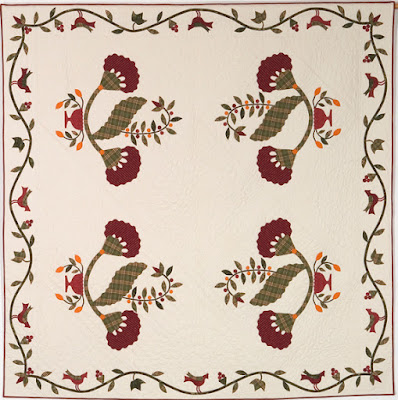 Jean's pattern is very much like one below from the Carlson Collection
of Four-Block Quilts at the International Quilt Study Center & Museum. 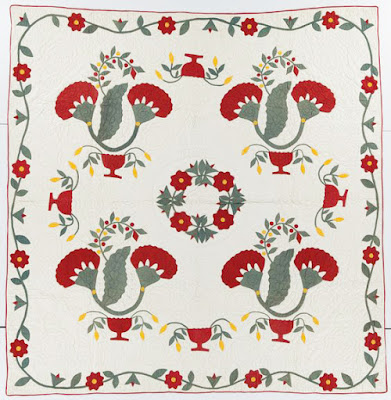 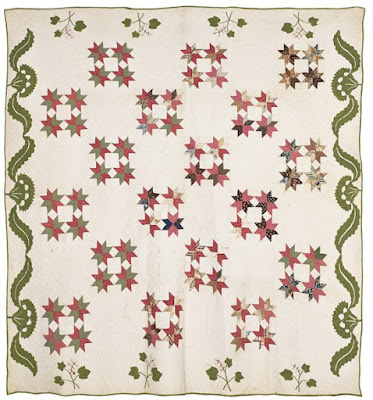 As a border from a Pook & Pook Auction 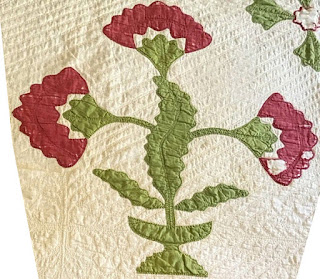 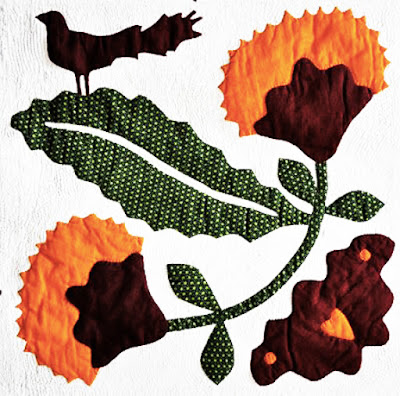 Several quilt historians asked where the bird was. This one
from Bill Volckening.
See more about the bird:
https://barbarabrackman.blogspot.com/2016/07/i-forgot-something-bird.html 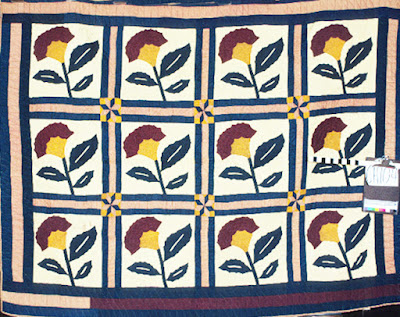 Posts on the pattern
https://barbarabrackman.blogspot.com/2016/07/a-gawky-eagle-and-coxcomb.html 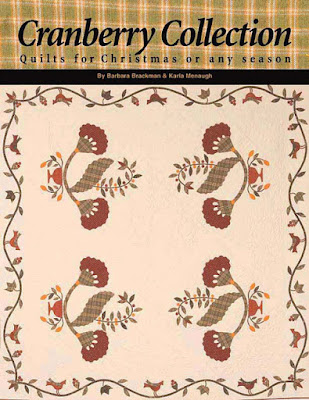