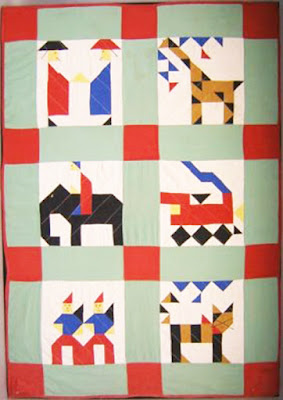 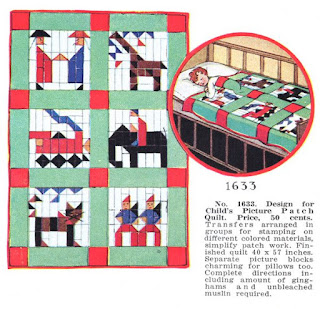 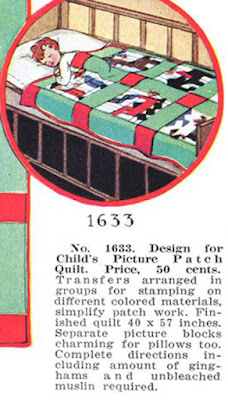 One could buy the pattern transfers for 50 cents. 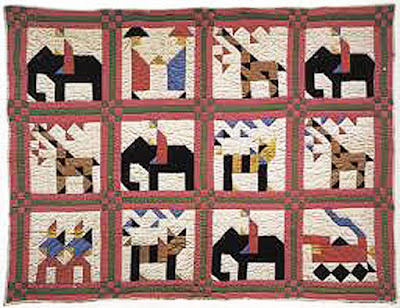 And many people did.

The pattern doesn't tell us but it looks like a circus quilt with a circus train engine, a giraffe, an elephant and a tiger. The human figures may be Chinese acrobats and perhaps in the lower left here clowns with pointy hats. 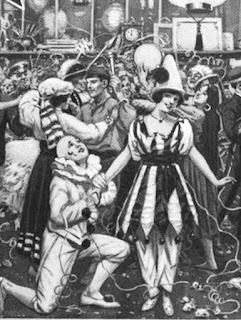 Pierrot figure with a cone-shaped hat. 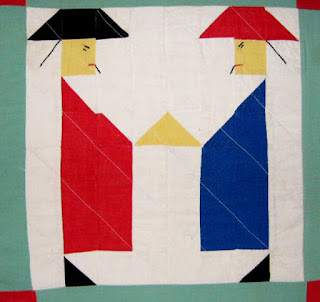 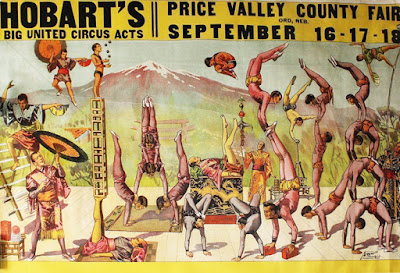 Chinese acrobats in a 1906 poster 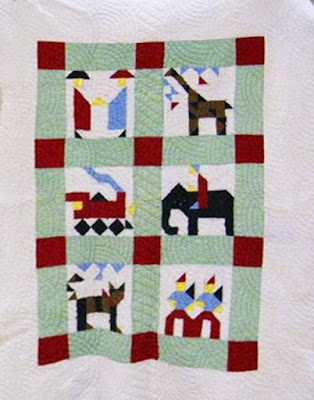 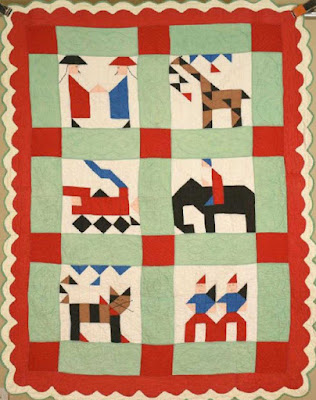 A fancy border and edge 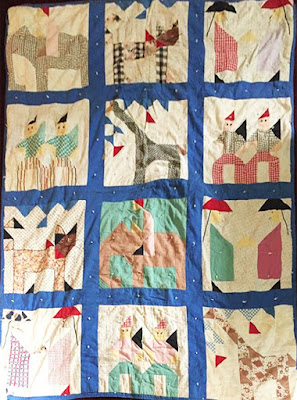 See the diagrams at Q is for Quilter
http://qisforquilter.com/2016/09/mccalls-monday-childs-picture-patch-quilt-1633/ 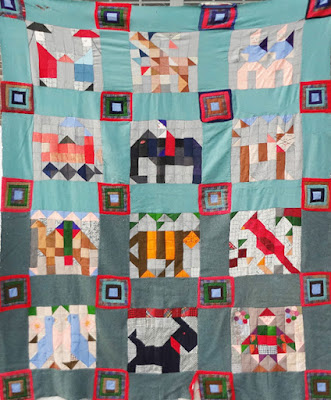 And you could make up your own if you wanted a bigger quilt. 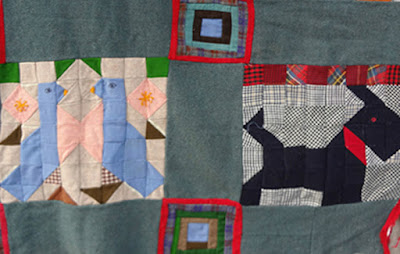 The McCall's pattern gave no designer's name but it may have been the work of Ruth Oppenheimer and Wilhelmine Haas who a year or so earlier published a similar pattern in Needlecraft Magazine (March, 1928): "For the Very Young Comes Patchwork in a New Form" 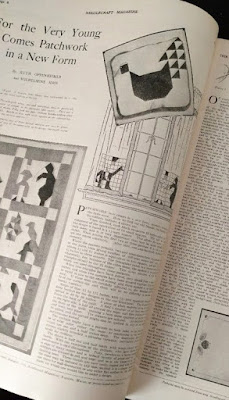 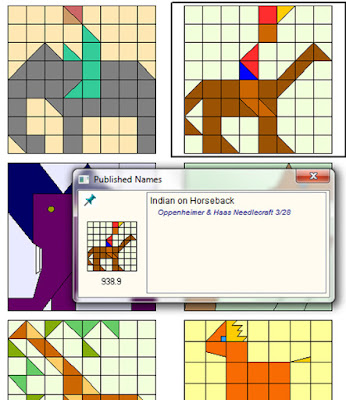 Oppenheimer & Haas seem to have specialized in these gridded
puzzle patchworks of animals and people. 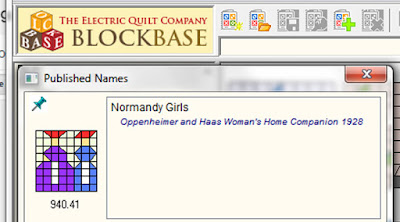 Figures dressed in the aprons and large hats traditionally worn
in Normandy, France.

There was a mid-20th century fashion for classifying the people of the world by racial features and traditional costume. The artists seem to have been fond of their Chinese stereotype. 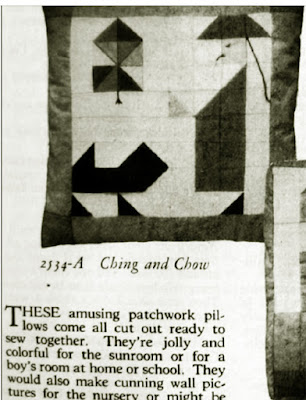 A figure in Chinese costume, a kite and a Chow dog. 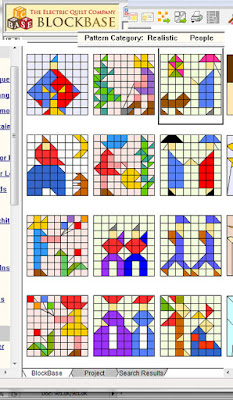 Why Chinese?  Marin Hanson, Curator at the International Quilt Study Center and Museum, gives the question some thought in this article: "Exotic Quilt Patterns and Pattern Names in the 1920s and 1930s". See a PDF here:
https://www.academia.edu/784257/Exotic_Quilt_Patterns_and_Pattern_Names_in_the_1920s_and_1930s 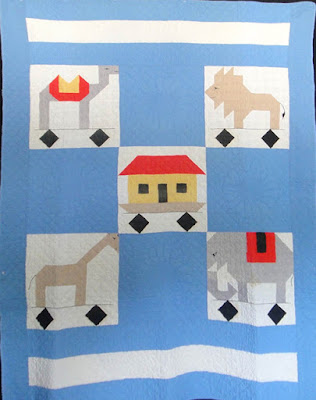 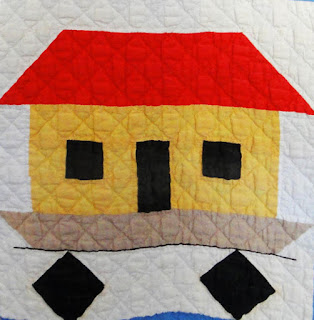 I haven't been able to find a thing out about who Ruth Oppenheimer and Wilhelmine Haas were, perhaps free-lance writers on needlework.
Posted by Barbara Brackman at 6:00 AM