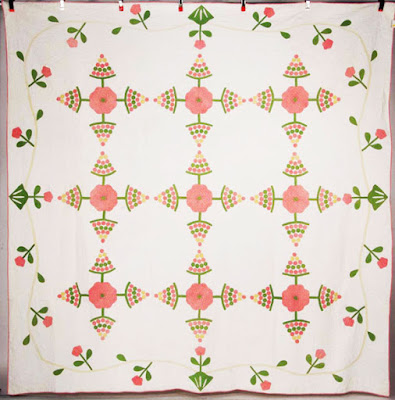 A mid-20th-century applique?
Tough to tell from the photo.
The modernism in the block makes one think so. 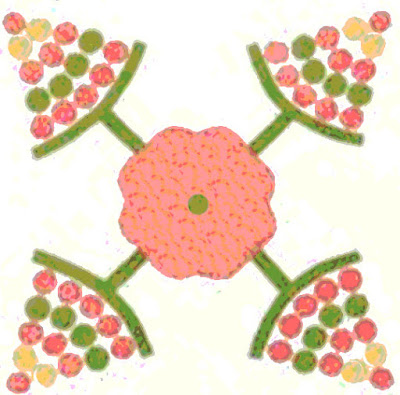 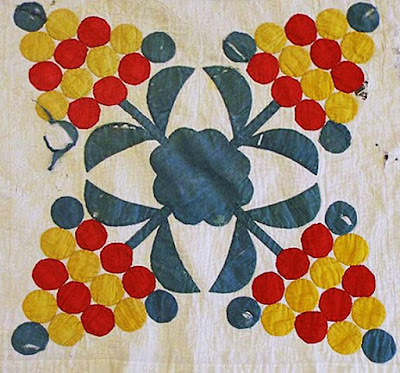 The basics, a central rose and four pyramids of cherries.

Traditional cherry tree blocks from my Encyclopedia of Applique

So was it a commercial pattern or someone's design genius? 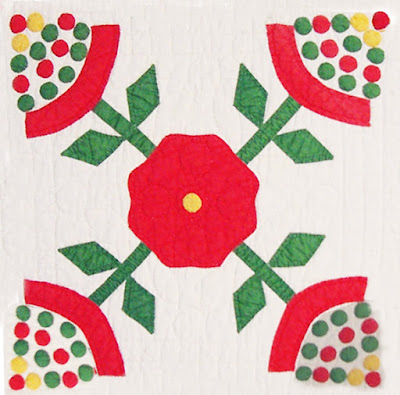 And then I found a close relative. This one in an online auction
from West Virginia 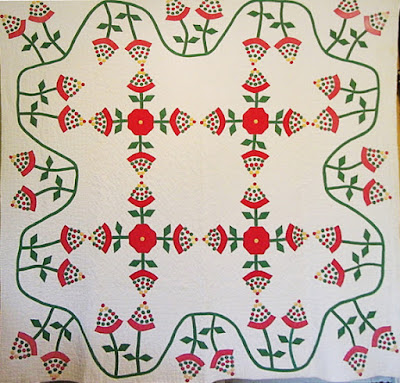 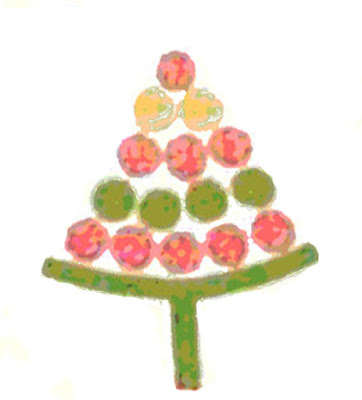