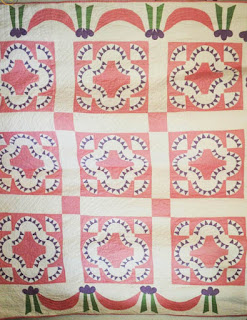 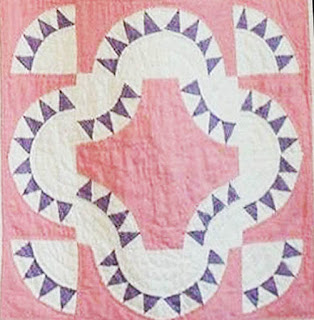 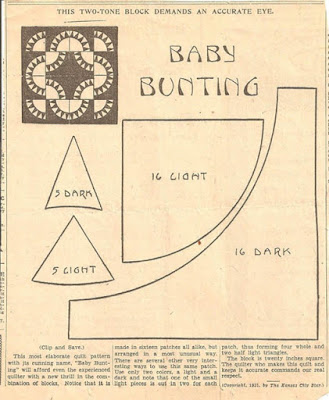 A lot like this Kansas City Star pattern that has 5 points. 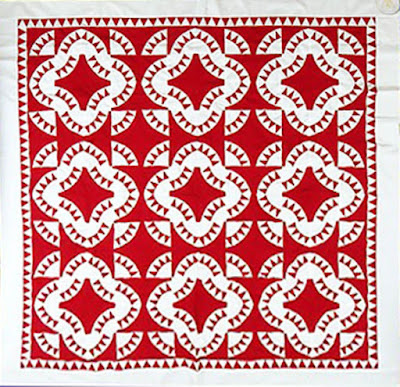 There must have been a published source for these two-color quilts with four spikes per arc. 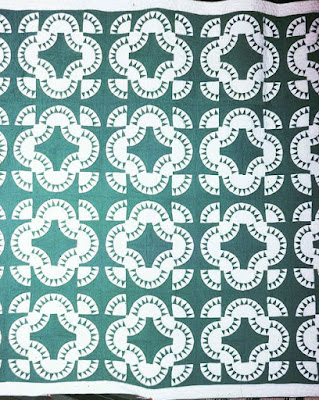 But maybe it wasn't published. 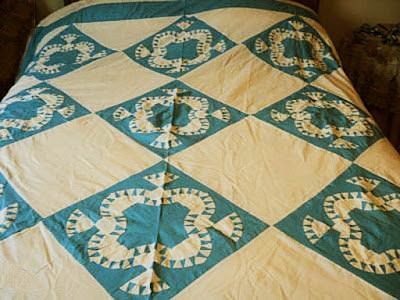 Just handed around in a small region
or sold by an entrepreneur with a pattern business. 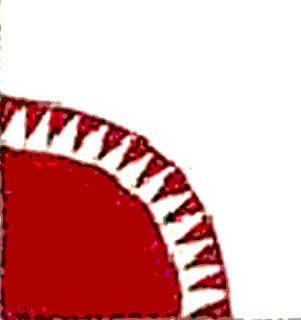 The fans with spiky points seem to have been published just as set arrangements, rather than just a block
(See last week's post: https://encyclopediaquiltpatterns.blogspot.com/2019/10/spiky-fans.html) 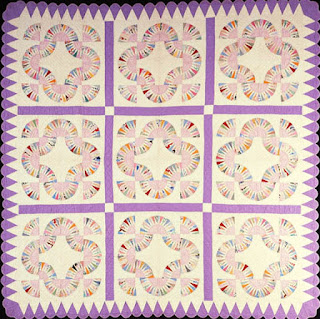 Variations were popular with pattern publishers in the 1920s and '30s. 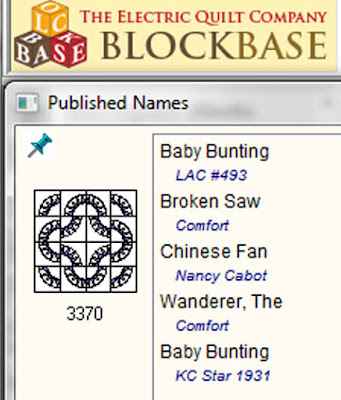 I'd imagine the Comfort pattern (probably in late 1920s) had
much to do with the design's popularity. 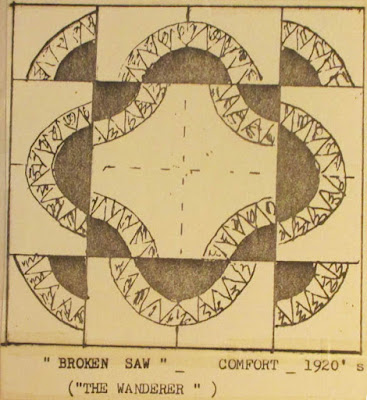 A sketch from pattern collector Mildred Dickerson's scrapbook
in her files at the Quilt Research Center at
the University of Nebraska. 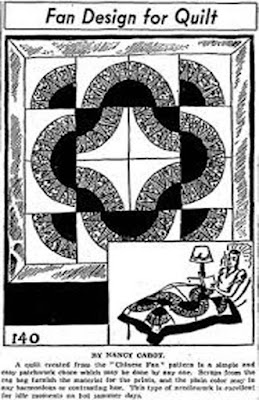 
A baby bunting is an outdoor wrap for an infant. The connection seems obscure. 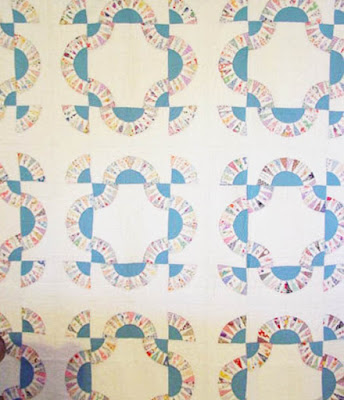 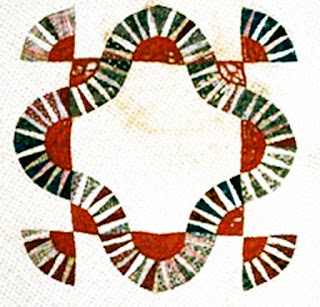 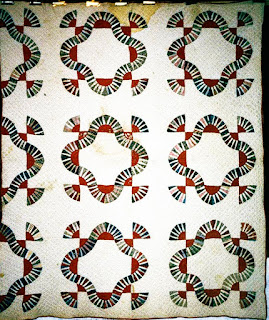 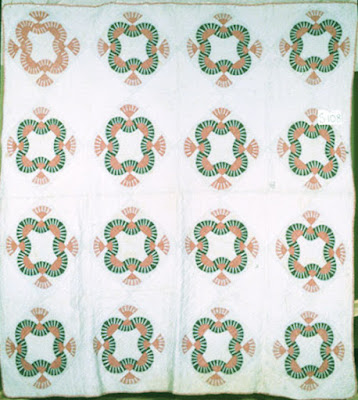 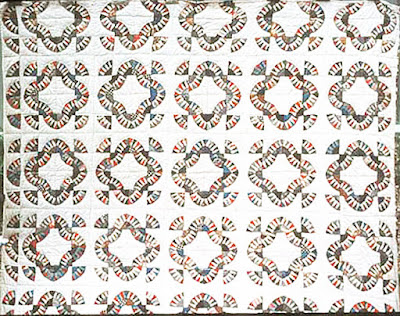 I'd guess it was a pattern handed around in the Southern states
in the 1880-1920 period, developed out of the Rocky Mountain
or Crown of Thorns design. 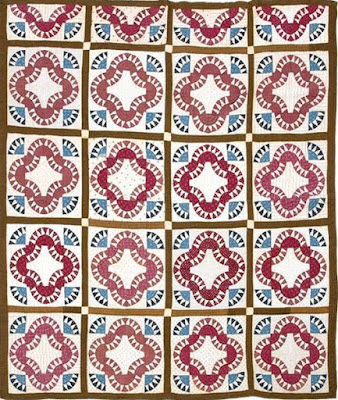 Note how many have half blocks along the edge.
Is that a Southern style trait? 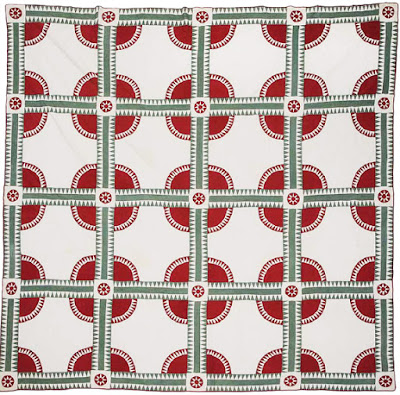 Rocky Mountain
From a Tennessee estate 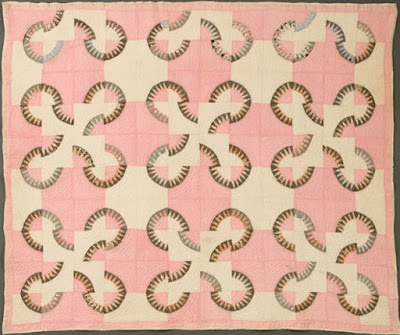 Another way of arranging the blocks; another vernacular pattern, not published until recently. Marcia's the expert on snake quilts. See her chapter in Mary Kerr's Southern Quilts. For those of you who'd like to see more snake quilts:
https://barbarabrackman.blogspot.com/2019/03/rattlesnake-other-reptiles.html

All the quilts above have spiky points and there are not very many out there.
Far more common is this fan design with spokes with smooth edges. 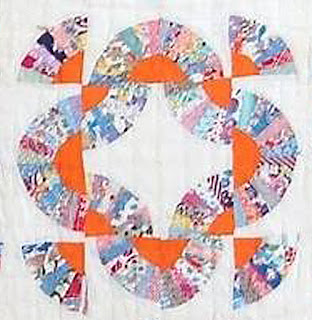 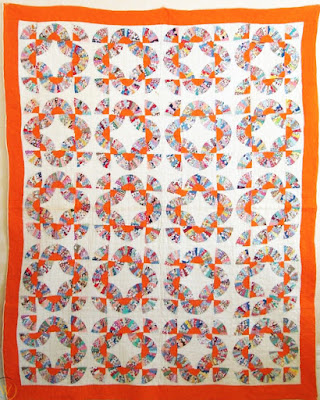 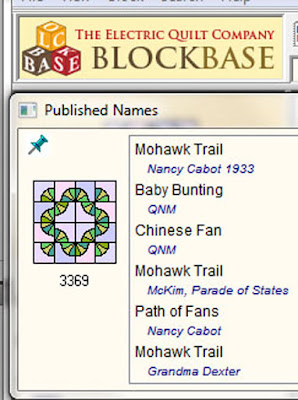 BlockBase #3369
Ruby McKim was probably the first to publish it with the name Mohawk Trail,
a block for New York in her Patchwork Parade of States in the late 1920s.