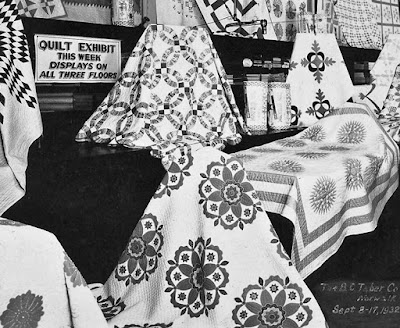 In 1932 the B.C. Taber store in Norwalk Ohio had a big quilt show,
quilts on all three floors. 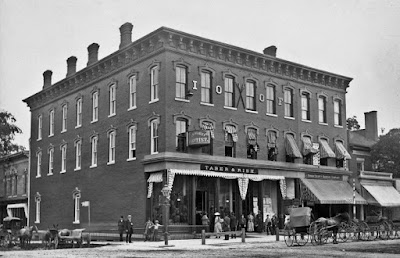 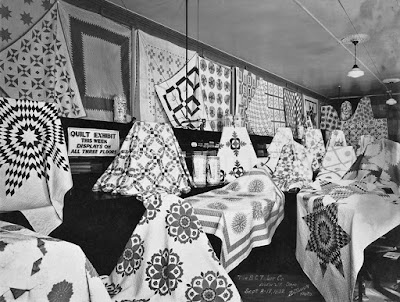 Bet  you wish you were there, if only to examine this unusual quilt in the foreground 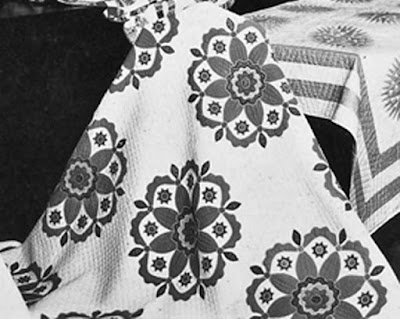 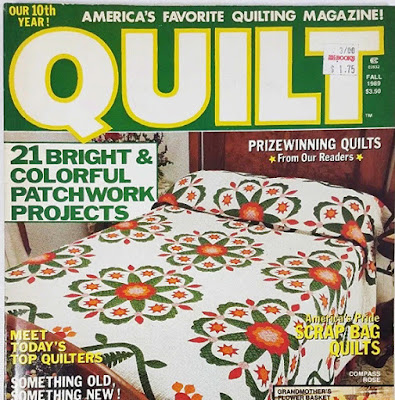 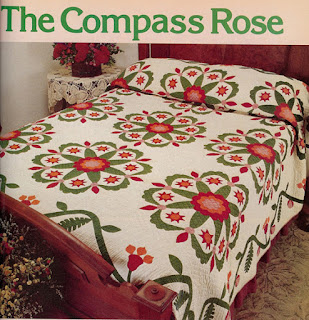 They didn't tell you much about the quilt they called Compass Rose
inside but they did give a pattern. You can't see much of the vine border.

I thought they might be the same quilt but the one shown in 1932 has more layers in the central floral.
However, one can imagine that the quiltmakers were neighbors. 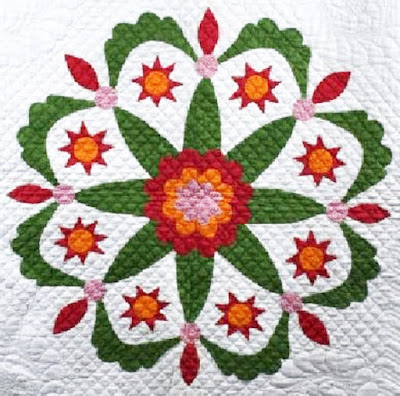 And then there's a third 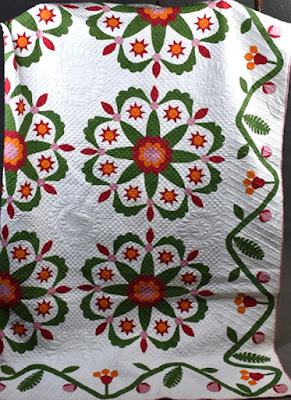 But this one, which looks like it is being offered for sale in this photo may be the same
quilt that was in the Quilt magazine. So there are two so far. 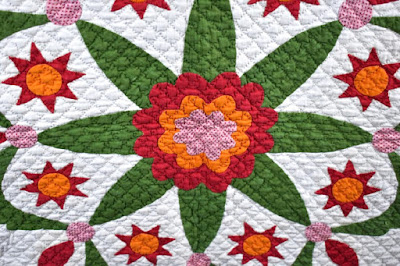 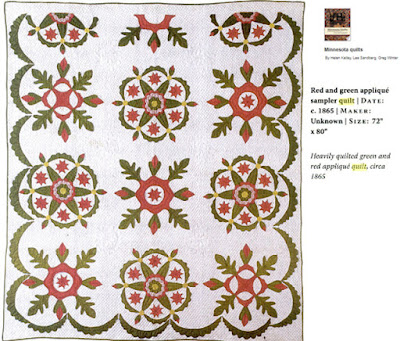 Another nine-block, this one pictured in Minnesota Quilts, no information. 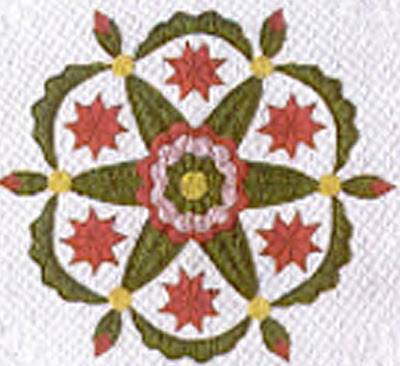 Six design elements instead of eight

It's not in my Encyclopedia of Applique where it should be on a page of blocks with eight rotating design elements around a central floral. No swags in there. 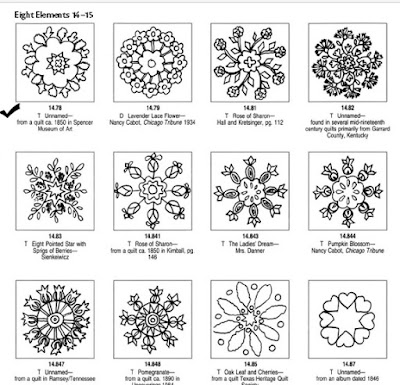 UPDATE: I should have looked under six-lobed designs as here is one in the Shelburne Museum's collection: 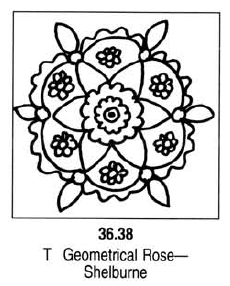 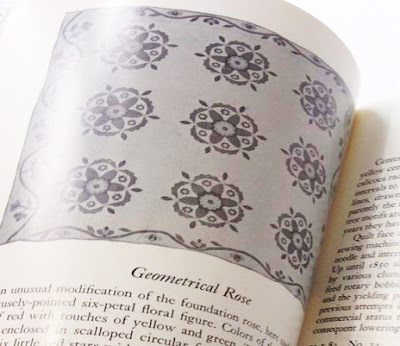 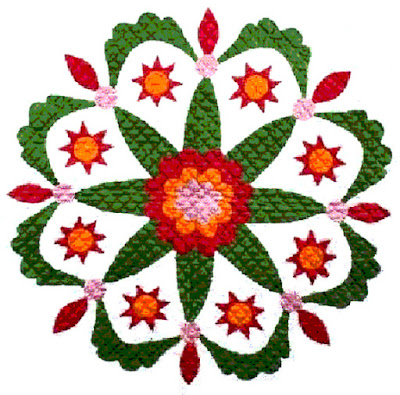 A pattern of sorts. 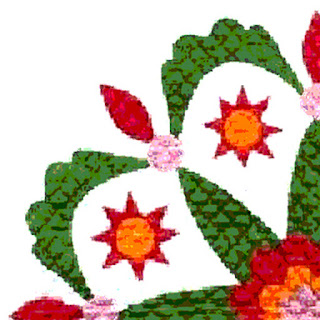 I wonder if anybody has used the Quilt magazine pattern to
make a repro.