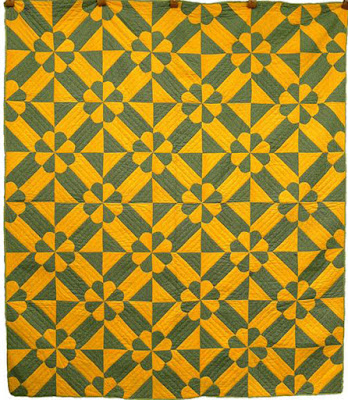 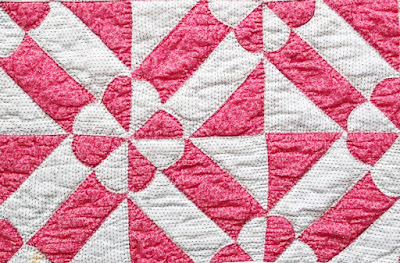 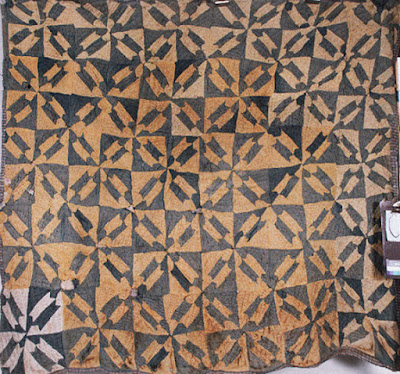 Here's the pattern in a wonderful surviving document---
A quilt made by Mary Barnes who was once a slave.
There's another quilt inside, which probably has distorted
the quilt in washing. I bet it's heavy. 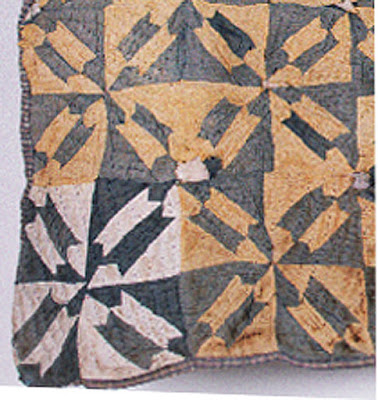 One odd block down in the corner with less of a curve and more
of an angle. Perhaps she got that as a pattern block.

If I were piecing it I'd go for the angle. 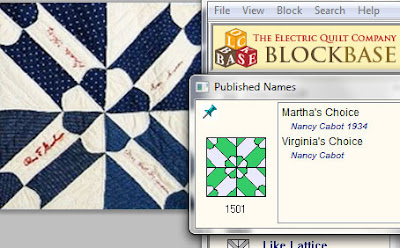 The pattern's older than 1934 though not as old as Martha Washington.
The two at the top of the page look at least 20 years older. 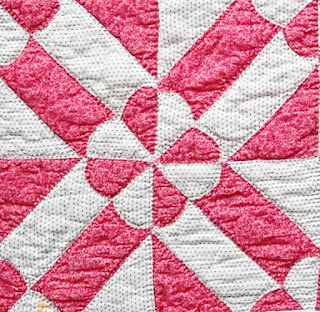 Maybe 1890-1925.
There some variety in drawing those curved shapes. 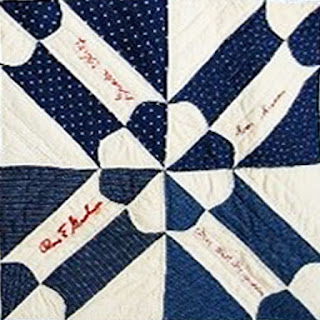 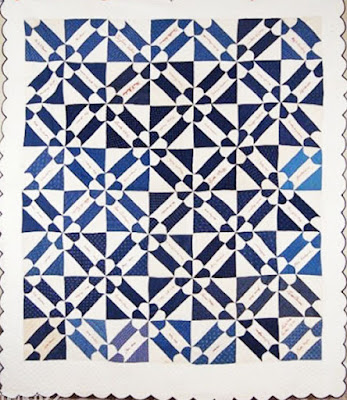 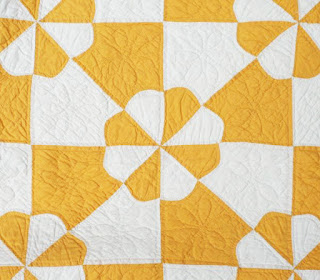 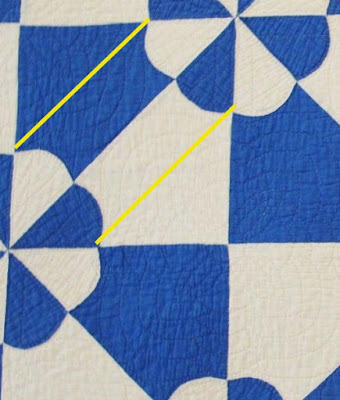 But there is an extra seam.

Since there are three pieces:
Hearts, Gizzards, Chicken Livers. 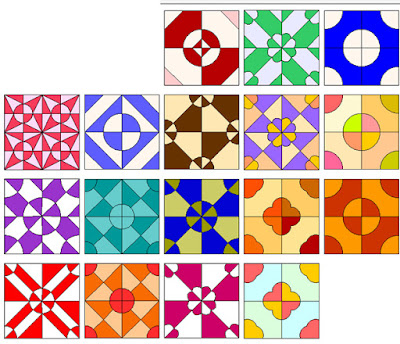 BlockBase---4 patches with curved seams
the red & white one in the lower left corner is interesting. 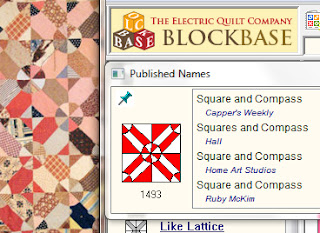 And a lot of relatives 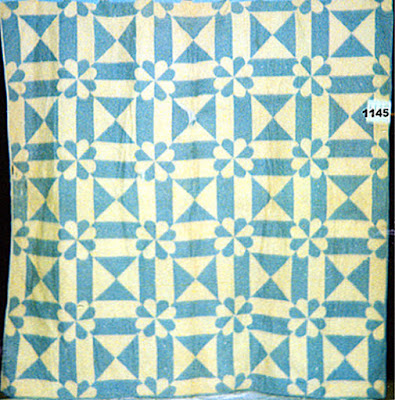 The Massachusetts project photographed this one, which is
filed as Martha's Choice in the Quilt Index. Made in Maine, Wendy.
It took me a while to figure it out. 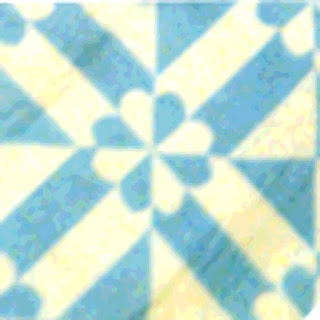 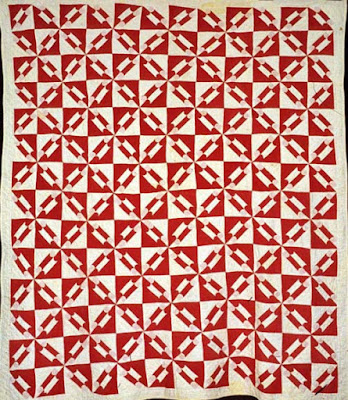 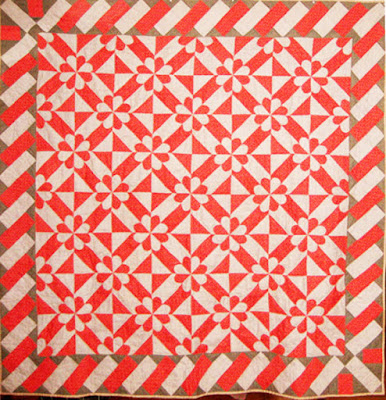 Online auction?
Once you start cutting those rectangles you might have a few left over for the border.