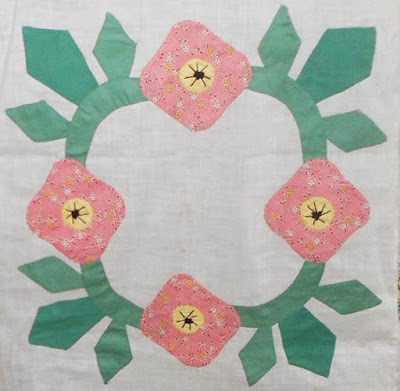 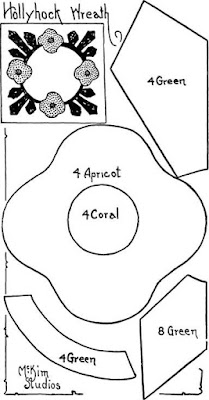 She included Hollyhock Wreath in her booklet Designs Worth Doing (ca. 1930) and may have published it first in the Kansas City Star in the late 1920s. 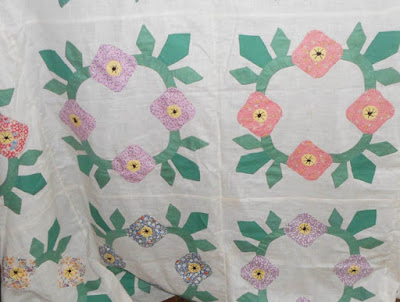 It was novel yet Colonial (as she might have said), a take on the wreath design that had been popular with applique artists since the 1840s (not the least bit Colonial.) McKim often copied or updated old quilts but she indicated this one is her idea. For her 16" square block she abstracted the usual flowers and leaves to basic geometry, a hallmark of modernism. The long leaves stretch the block out into the corners, filling the square.

Hollyhock Wreath June 14, 1933
No good idea went uncopied and in 1933 the Nancy Cabot column in the Chicago Tribune did a version. 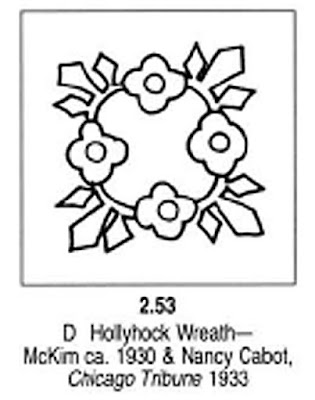 It's 2.53 in my Encyclopedia of Applique 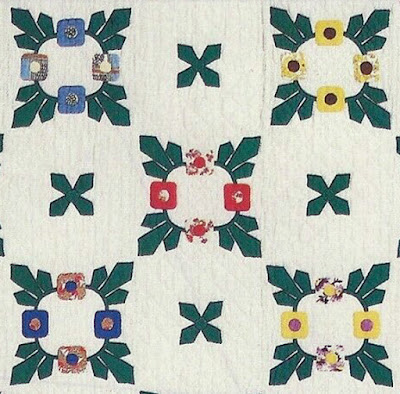 This quilt with its square flowers---is that reverse applique in the leaves?--- may be a new quilt rather than vintage. I found the photo floating around on the internet
from a magazine page with no I.D. 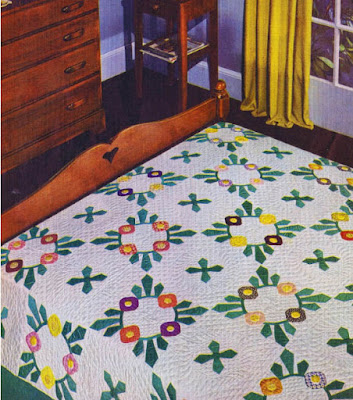 A version of this variation patterned in a Spool Cotton pamphlet from Coats & Clark thread company in the 1950s? Quilt dealer and author Florence Peto contributed to this catalog and I wouldn't be surprised if the Hollyhock Wreath made in 1936 was not one of hers. 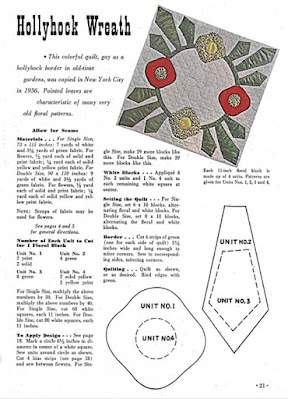 This pattern told you to cut an 11" background square.

It's a lot like McKim's but set with an alternate appliqued block. The pattern indicates it was copied from an old New York quilt---unlikely. 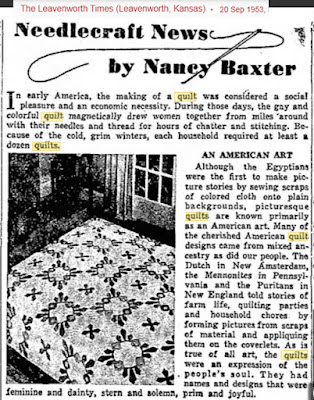 The next incarnation is in the 1950s & '60s when the same photo was widely distributed in syndicated needlework columns like this one from "Nancy Baxter." I have no Nancy Baxter file so it will be fun to see what I can find in Newspapers.com. 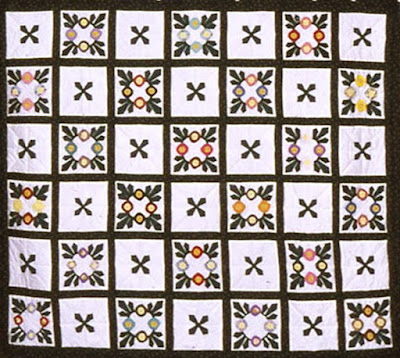 I was surprised to find only two versions at the Quilt Index,
above from the Wyoming Project, below from New York's.
No information but they look 1960- till recently. 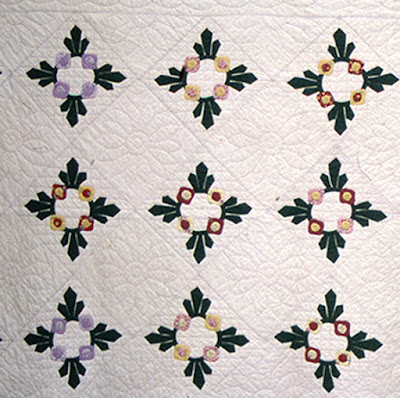 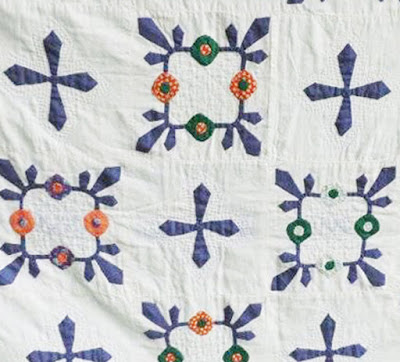 A rather free-form version, perhaps from one
of those newspaper patterns in the 1960s--- a little squarer than
the usual, but eye-catching.