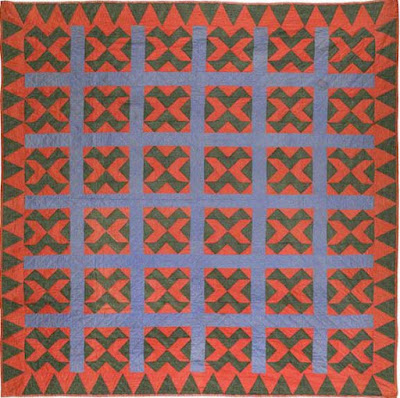 Looks like a Pennsylvania quilt---
color on color with no neutral,
pink, green and blue. 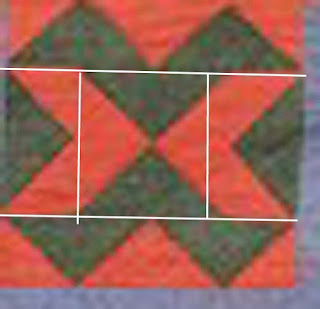 The pattern is a three-patch
one of the smaller categories in my Encyclopedia of Pieced Quilt Patterns. 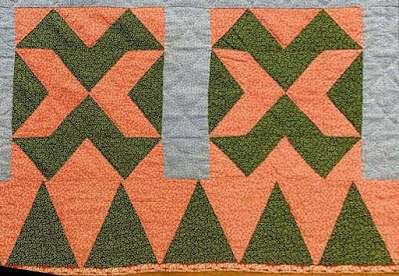 This may be the same quilt---different exposure
or after washing and fading. 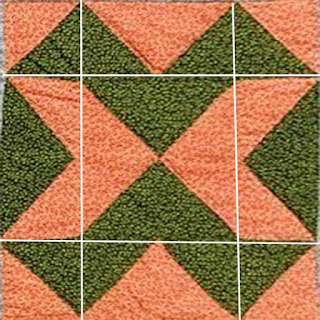 The block could be constructed as a Nine Patch
but no, there was a fashion for this three-patch.
Fewer seams, but Y seams.
Y?
#3220 in the Encyclopedia of Pieced Quilt Patterns 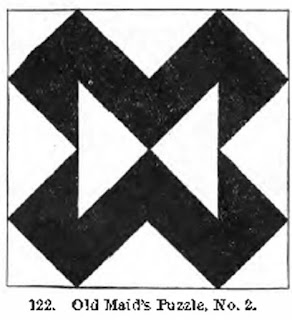 Which tells us the oldest published version is about 1900
in the Clara Stone booklet called Old Maid's Puzzle #2.
Ruth Finley in her 1929 gave it several names, Gray Goose, Brown Goose (depending on the color)
Devil's Claws and Double Z. 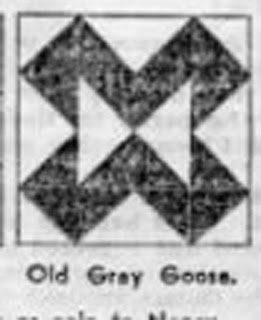 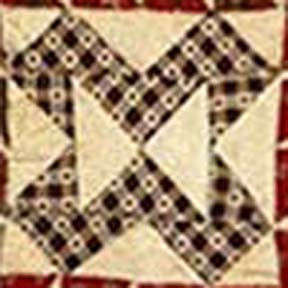 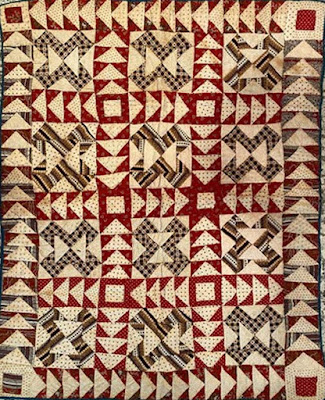 The Quilt Index shows a few that seem to pre-date the Clara Stone pattern. 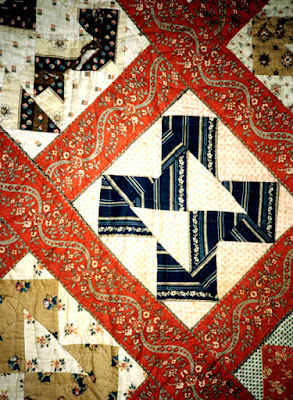 Some of the fabrics in the blocks look pre Civil-War
in this one the New Jersey project recorded as
originating in a boarding house in Atlantic Highlands
run by Mary Crane Noble. 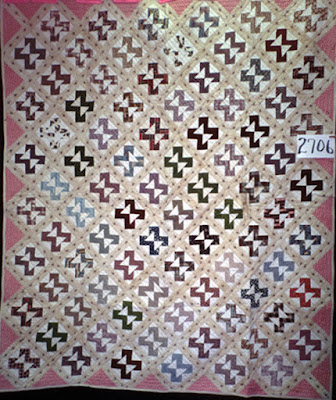 Unknown origins from the Massachusetts project
and the Quilt Index.
UPDATE: 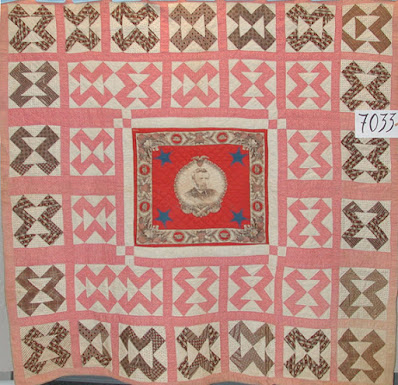 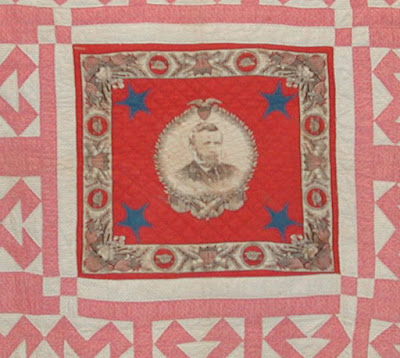 Laura Lane sent this one from the collection of the New England Quilt Museum.
The center features a U.S. Grant Presidential campaign bandana (ca. 1868.)
Posted by Barbara Brackman at 6:00 AM