Rectangular Block to Drive One Nuts 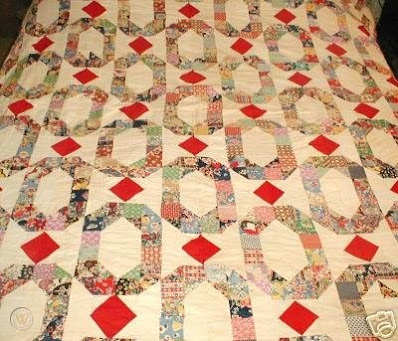 A quilt top from an online auction with a pattern to drive a person crazy.
(A person trying to figure out the pattern structure---one already a bit nuts as it is.) 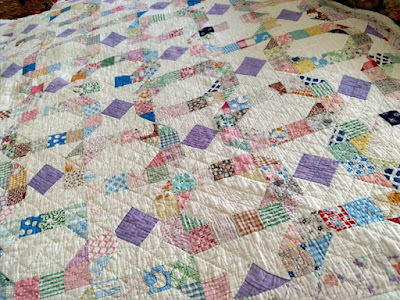 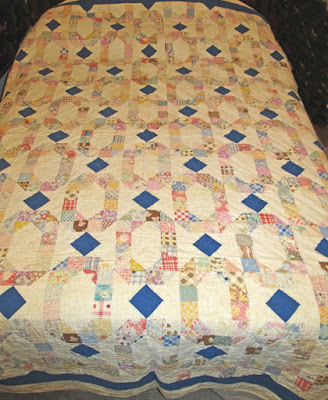 And a third from Jayne's blog on a Wayback Wednesday.

I spent too much time trying to figure out the block, drawing it as a square block... 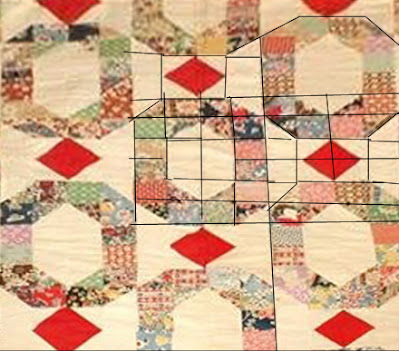 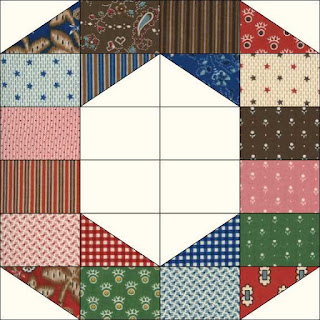 If it were square it would be made up of rectangles & half-rectangles.
But that's not it. It is a rectangular block made up of squares and half-squares. 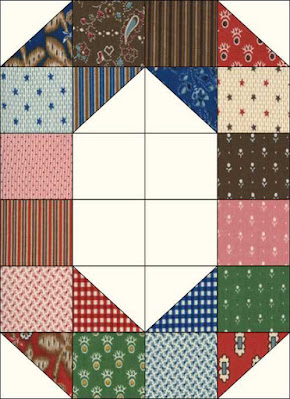 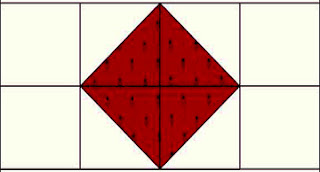 With a rectangular sash at the top and bottom. 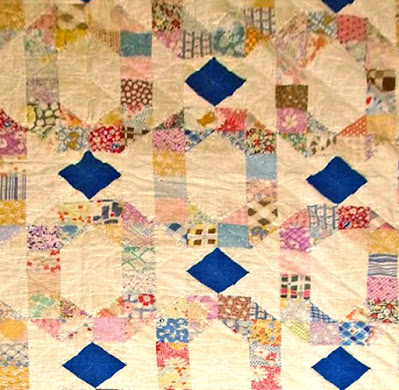 Set in rows that are dropped one third.
Very clever!
But what's the published source?
Don't look in the new Encyclopedia or the new BlockBase+. I just figured this out.
UPDATE
The indefatigable Susan Price Miller tells us it is Memory's Chain from Farm Journal. It IS in BlockBase+. I was just not looking at the correct seam lines. It's a Four Patch #1162 pieced of 64 different squares. 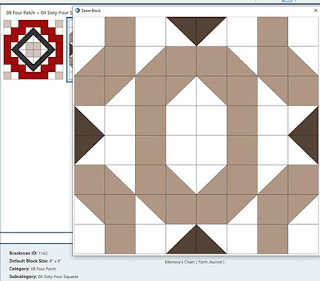 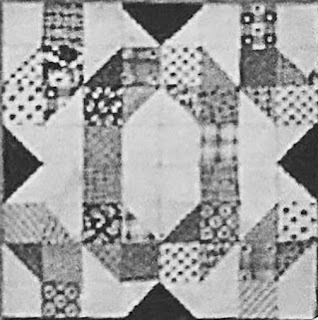 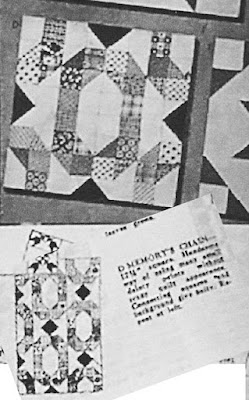 Perhaps I was overthinking the whole thing.
Posted by Barbara Brackman at 6:00 AM