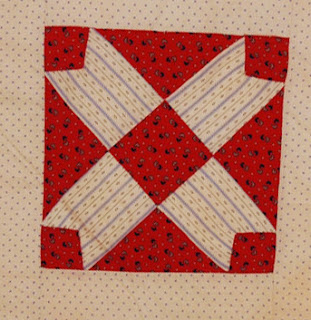 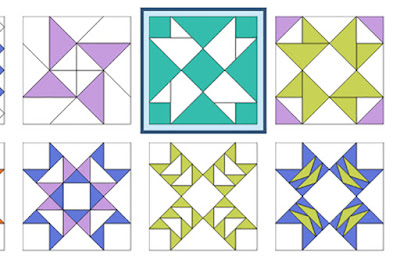 Not in the third edition of my Encyclopedia or BlockBase+
where it should be here in the 298xsss. 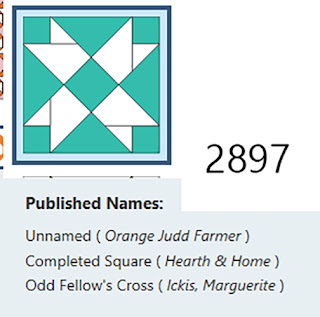 #2897 is similar. You could describe these as kind
of awkward stars, odd proportions with seams in odd places. 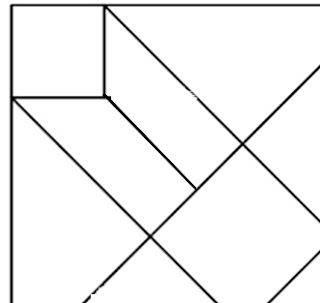 The red quilt was pieced like this. Y seams? Why? 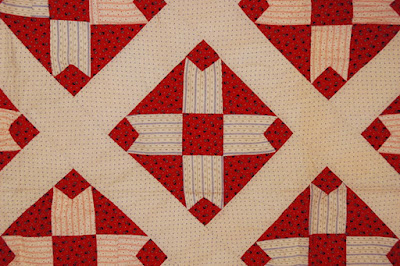 The striped shirtings are a clue to an 1880-1925 quilt. During that time, the first years of published patchwork patterns, similar designs were printed. The agricultural newspaper The Orange Judd Farmer printed #2897 (the aqua sketch above) in 1898, possibly inspired by an earlier pattern.
A related awkward design appeared in the Ladies' Home Journal
in October, 1894

Author Sybil Lanigan began with a more traditional pattern based
on an old red and white quilt sashed with white. She gave
the pattern name: It was called the Odd Fellows' March for some unknown reason...." 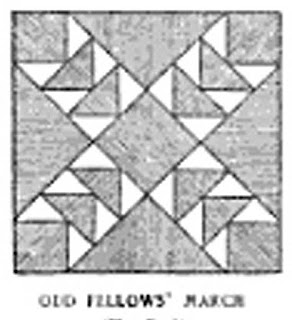 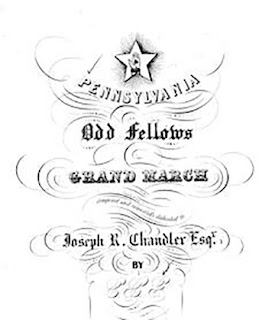 (I'd guess the name comes from the fraternal organization
the Odd Fellows who had many musical compositions to parade with.) 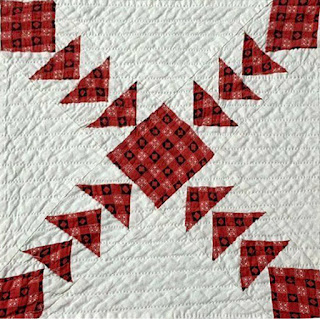 Sybil may have seen a quilt much like this,
a popular design in variations similar to one the Ladies Art
Company called Odd Fellows with the idea that the triangles might
be pieced of odd prints. 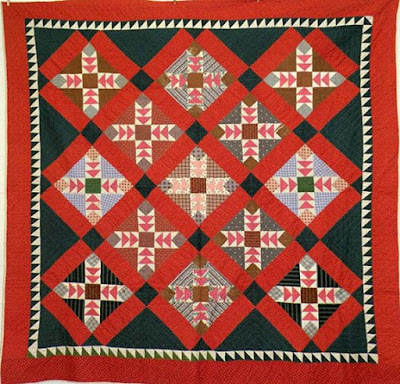 From about the same time
But then Sybill digressed to a simpler pattern of her own design. 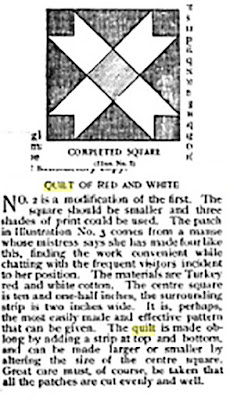 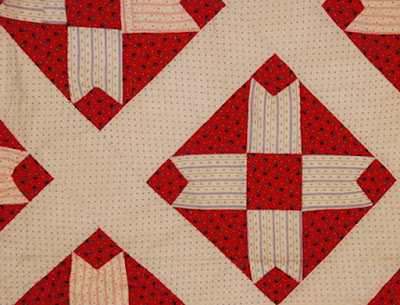 The quiltmaker may have been trying to make Sybil's red and white design
workable. 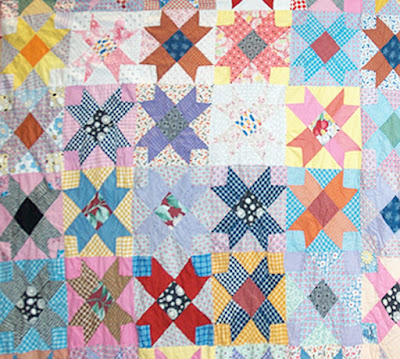 And here's one from the 1940s or '50s. Some of the blocks
have seams going down the middle of the points and some....
Posted by Barbara Brackman at 6:00 AM