Here's a graphic antique quilt that alternates two blocks.
On the left a snowball kind of block with the corners cut off;
on the right a nine patch of stars 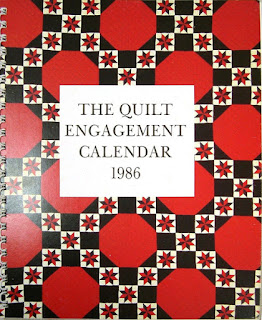 The quilt was on the cover of the Quilt Engagement Calendar
thirty years ago. And I thought it was one of a kind. 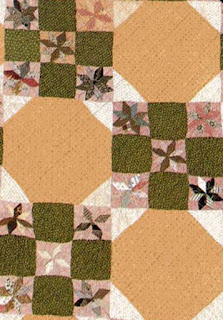 But here's the same pattern. 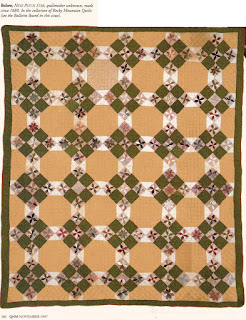 I found this antique in an issue of Quilters' Newsletter
about ten years later. Same design but the two
blocks are on point. 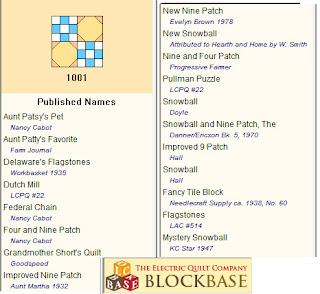 It's a more complex variation of BlockBase #1001,
which has been well-documented
and has many published names. 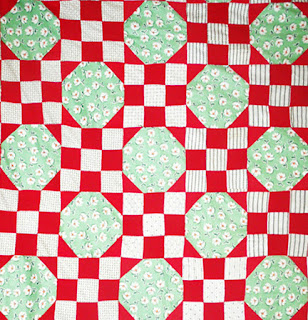 A nine patch plus a snowball. 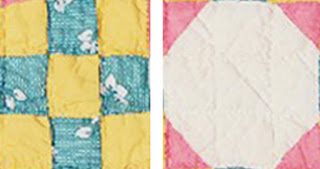 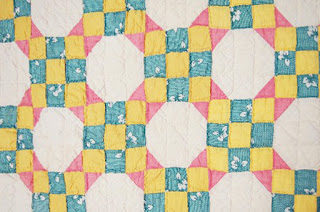 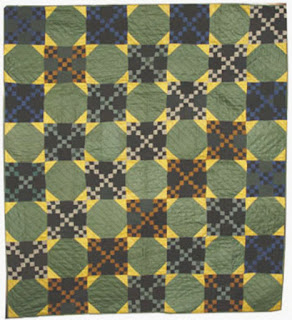 Here's another variation---How old I can't tell
from the tiny picture, but it's a double nine patch
alternating with the snowball. 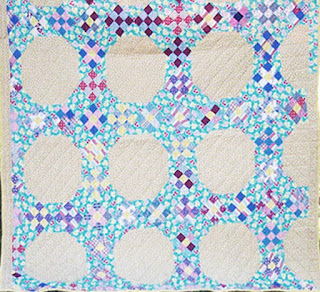 Another double nine patch and a busy blue print 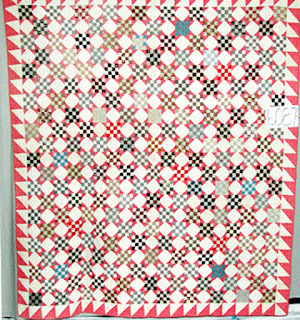 From the Massachusetts Project and the Quilt Index:
Double four-patch alternating with a red framed snowball
from about 1900 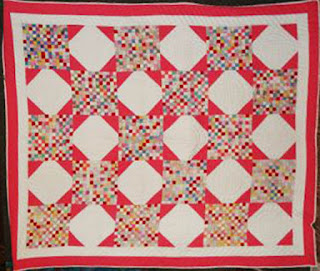 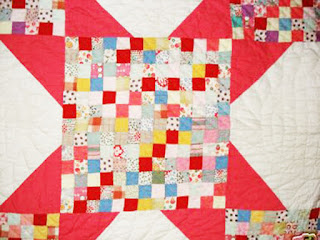 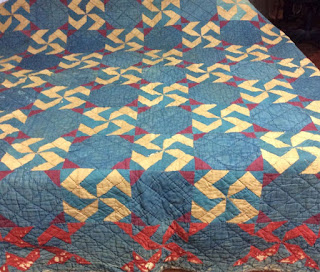 I suppose you could alternate any block with the snowball. 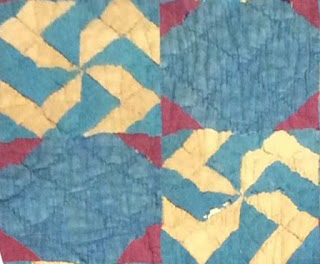 Here it is with Winding Blades from about 1900. 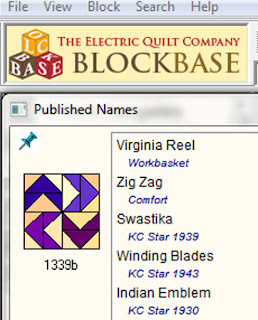 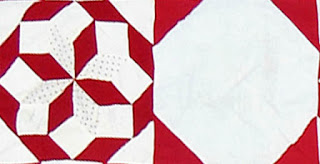 Although some are going to work better than others. 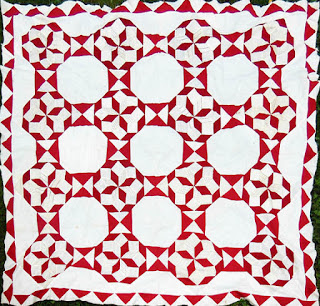 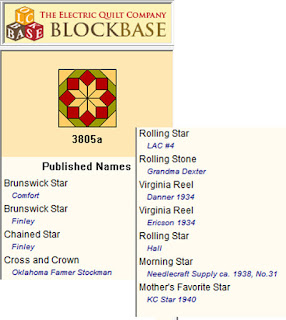 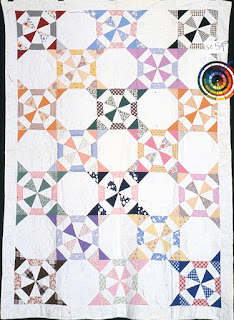 I was browsing through Snowball patterns
in the Quilt Index and came across this one from the Arizona Project
alternating a Spiderweb and a snowball. 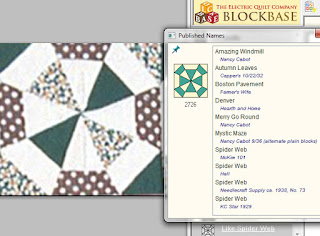 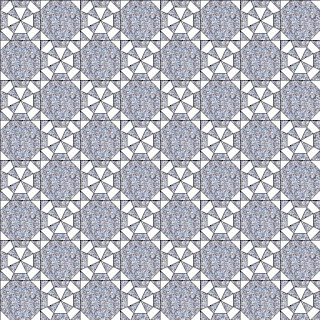 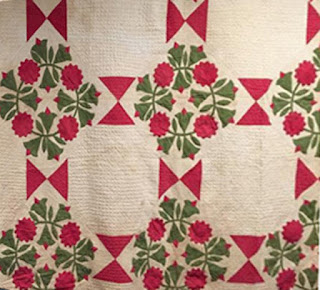 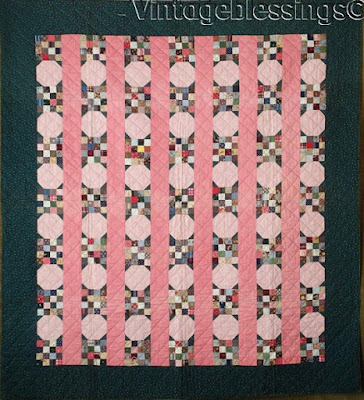 Or do it in strips?