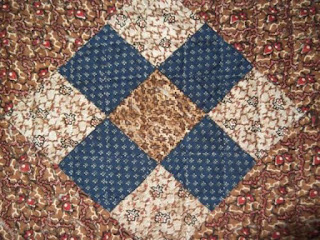 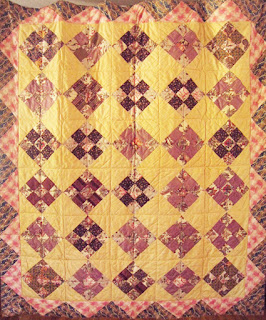 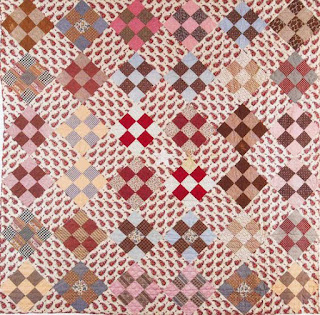 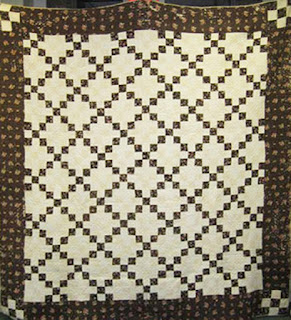 It's one of the oldest American patchwork designs. 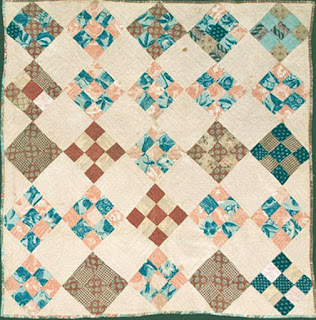 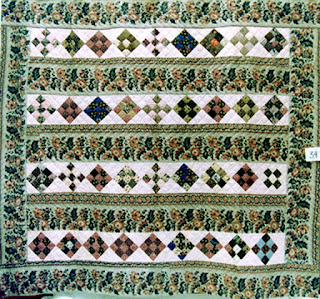 From the Rhode Island Project and the Quilt Index.
Set in strips of chintz. 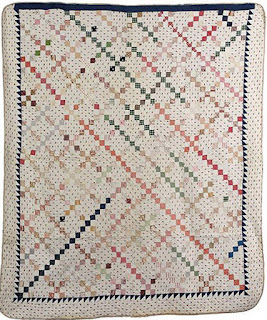 The shading makes the patterns look different although
they are the same block, equal-sized squares. 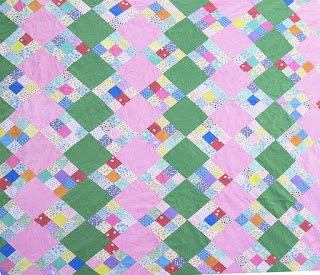 This mid-20th-century quiltmaker ignored shading in the
blocks but carefully shaded the setting squares. 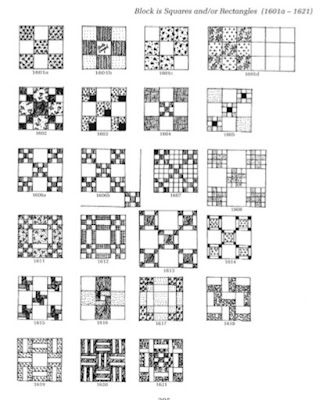 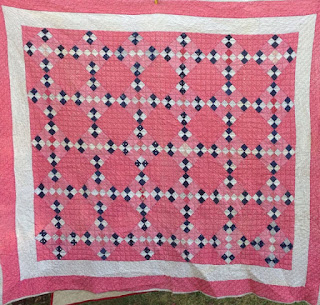 Four Patches in a Nine Patch---Five to a Block
So basic nobody ever published it with a name. 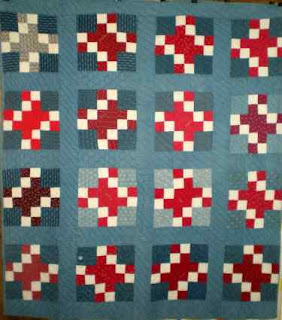 Also Four Patches in a Nine Patch
but only four to a block.
Again, no number 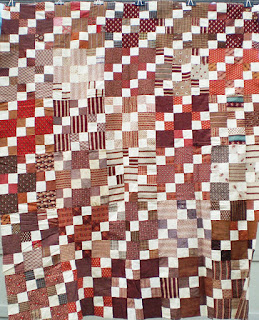 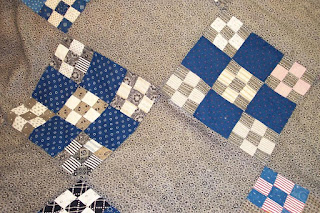 Nine Patches in a Nine Patch
BlockBase #1606a 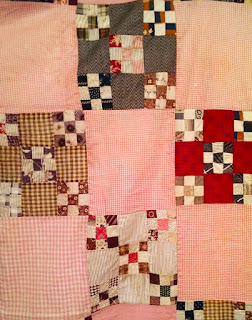 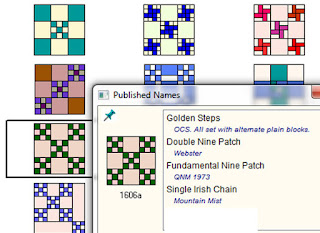 Marie Webster called this Double Nine Patch in 1915 and
we'd probably call it that today. 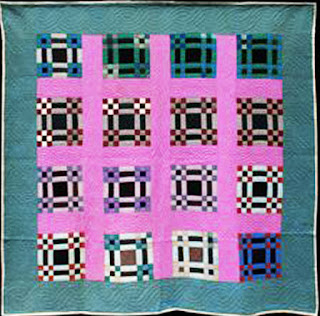 Above and Below
BlockBase #1612 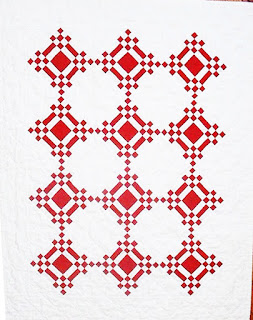 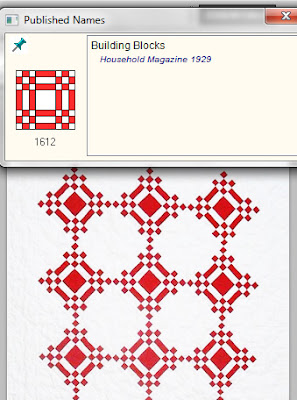 You could also put another nine-patch in the center.
This design has no BlockBase number but it should be 1612.5.

Some of the most basic patchwork designs.