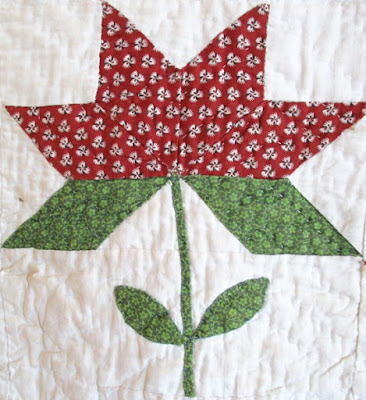 A classic pieced and appliqued pattern 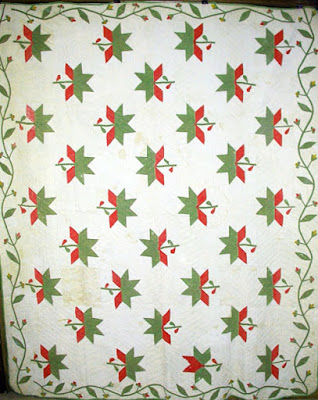 There are several subtle variations:
(number of leaves, what's green and what's red and
how it fits into the square block.) 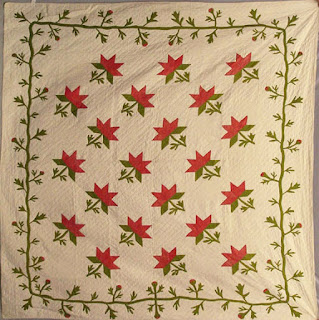 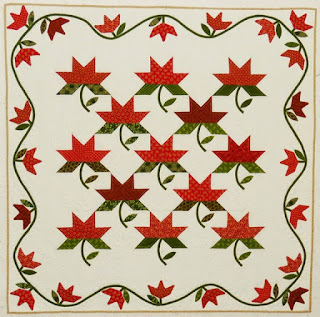 When I drew this one up for America's Printed Fabrics.(see page 66 for the pattern) I put the leaf or floral at an angle and we set it side by side. 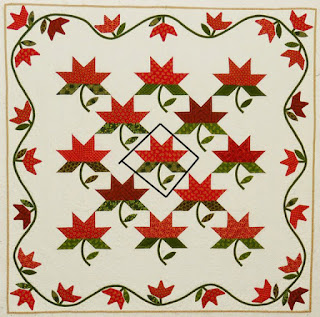 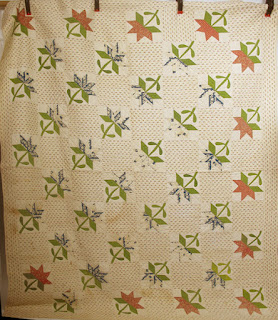 One of the earlier red and green designs 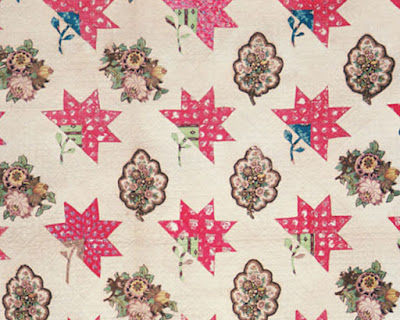 Unusual idea from Old Sturbridge Village Museum they date 1840-1855. In this one with its cut-out chintz alternate blocks you get the feeling the quiltmaker was going through some fashion disruptions. Chintz quilts becoming old hat; red and green coming into style 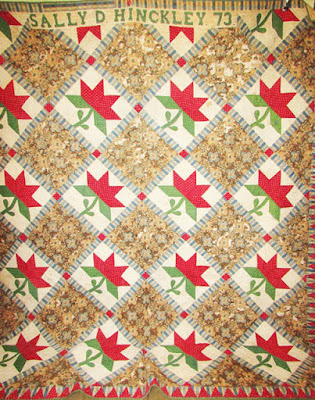 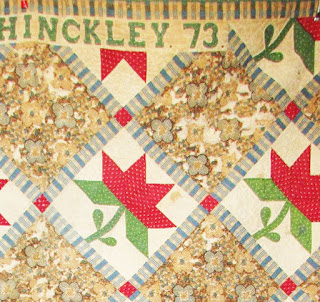 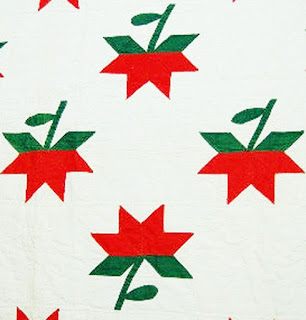 Most quiltmakers realized the age of chintz was
over and a white background was the thing to do.

BlockBase numbers 857.01 to 857.04---none of them on the diagonal.
All are situated on the north-south axis of the block 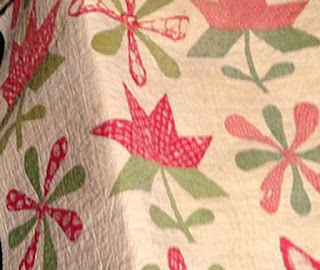 The names I found in printed patterns: 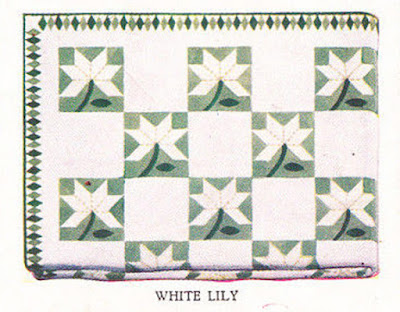 The earliest dated example I found is date-inscribed 1843-1845 from Maryland, in the collection of the Smithsonian. 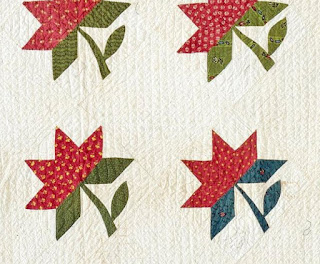 Quilt that once belonged to Pink Phillips, dated 1843-1845
from Westminster, Emmitsburg, and Taney Town, Maryland
Collection of the Smithsonian. Almost the same design as White Lily.
http://americanhistory.si.edu/collections/search/object/nmah_556525 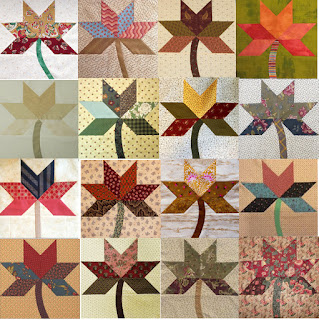