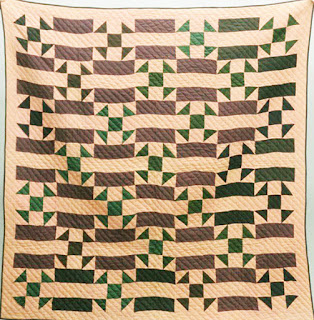 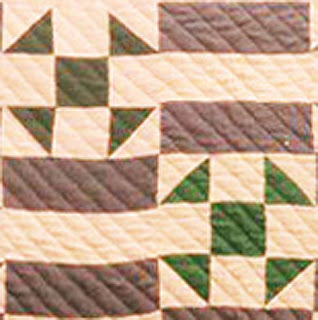 If you were going to explain the pattern you might show it as a four patch.
A Shoo Fly block alternating with a striped block. 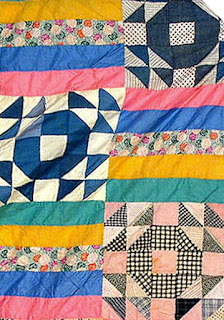 Single Wedding Ring alternating with a stripe.
It's a good idea but alas I don't have a BlockBase name or number for it 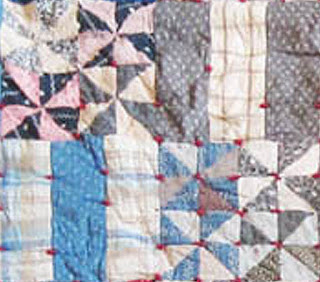 I would guess it might best be described as an alternate block set. About 1900
Sort of like a Snowball or an Irish Chain. 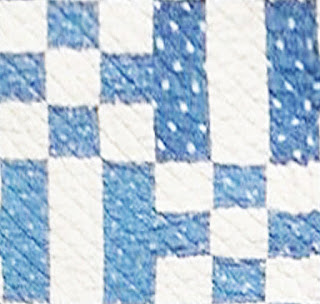 Stripes based on a division of three. 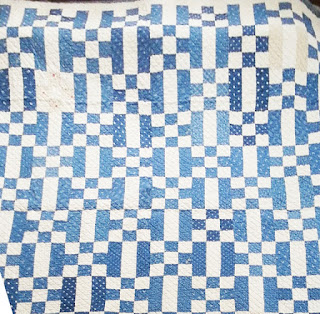 An alternate triple stripe block would be a good set for any bold nine-patch block based on the same proportions. 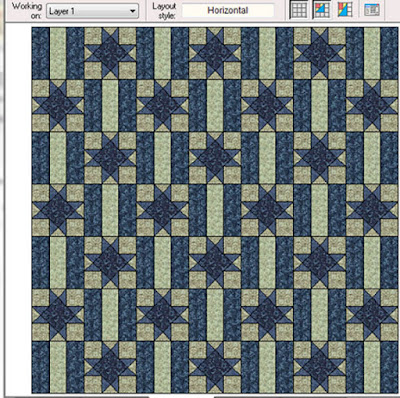 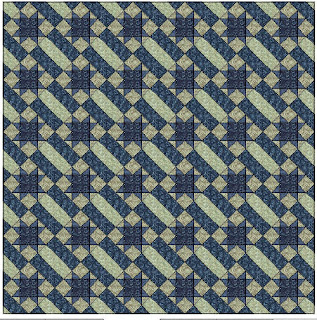 On Point: Looks more complicated than it is. 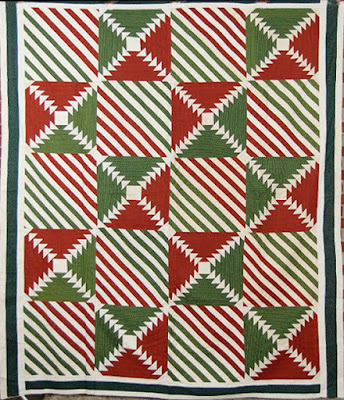 And speaking of diagonals.
Posted by Barbara Brackman at 6:00 AM