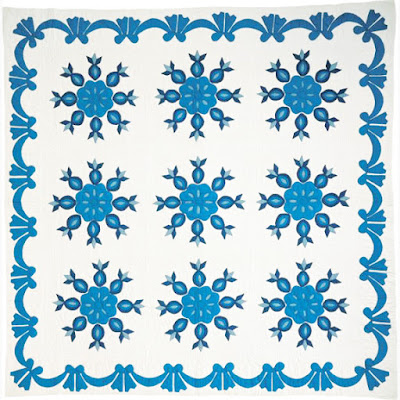 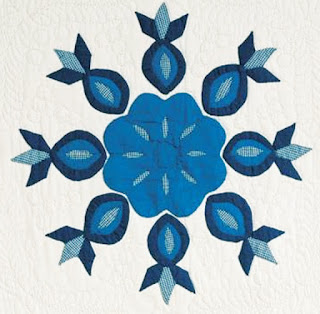 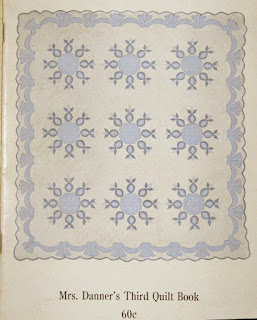 This may have been Mrs. Danner's most popular pattern. 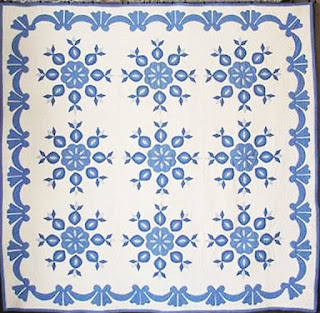 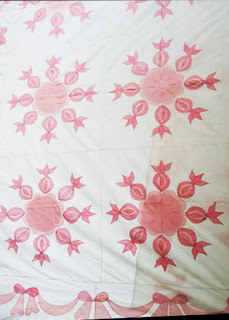 Although Kelly Cline found this top done in pink.

Mrs. Danner noted that the patterns she sold were inspired by antiques. She left no notes or antique version of the Ladies' Dream but there are earlier examples of the pattern with pomegranate or buds rotating around a central shape. She may have been inspired by a similar quilt. 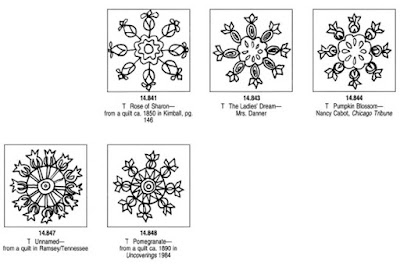 Some similar designs with 8 rotating design units.
Nancy Cabot called it Pumpkin Blossom in the 1930s.

UPDATE: Wilene Smith writes that a pattern like the Ladies Dream #14.843 was published at least three times in Kansas. 1) by Mrs Danner in 1932, 2) by Mary Lee patterns as Pomegranate and Bow Knot Border Design in 1933, 3) by Capper's Weekly April 8, 1933 as Bluebird Nest or Bluebird Home.

I have a few photos of pomegranate shapes in a circle but with 12 units rather than eight. These do not have a number in my Encyclopedia of Applique. I'm writing in #27.9 in my copy, page 100. 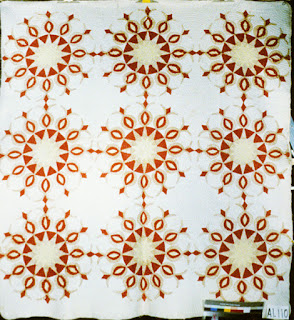 This North Carolina version has twelve buds or fruits around a central sunburst. The descendant who brought the quilt for documentation did not know much about her mother's family but a little online detective work reveals that quilt was probably made by Rachel Deese Tarleton (1862-1933). 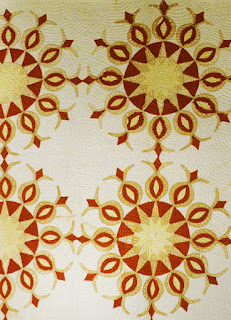 The quilt in the Quilt Index.
http://www.quiltindex.org/fulldisplay.php?kid=4B-82-BD1
Her grave at FindaGrave:
https://www.findagrave.com/cgi-bin/fg.cgi?page=gr&GRid=73496983 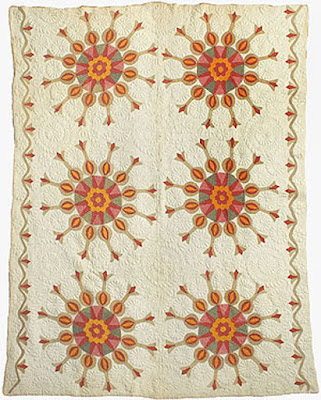 The Benton County, Oregon, Historical Society has another example
with twelve rotating design units. In the center a double ring of hexagons. 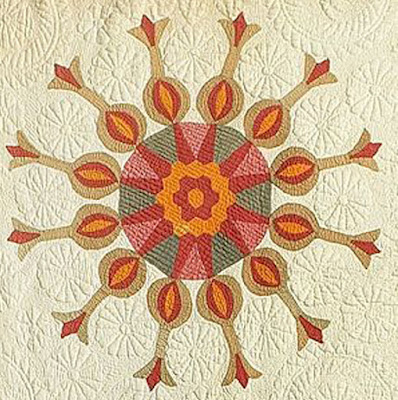 Little information was included with the donation, but it looks
to be a late-19th-century quilt by the way the green pomegranates are
fading to a dun color. Note the hexagon ring in the center. 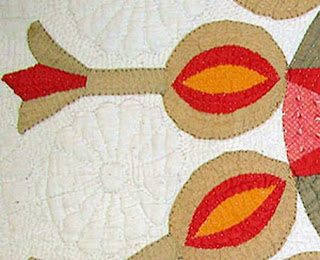 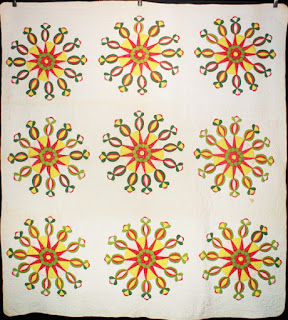 More hexagons in the center in this
one recently offered on eBay. 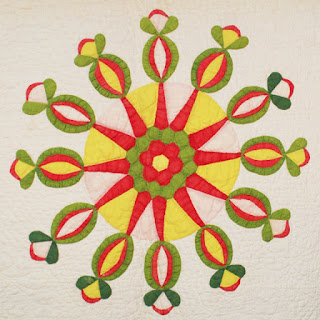 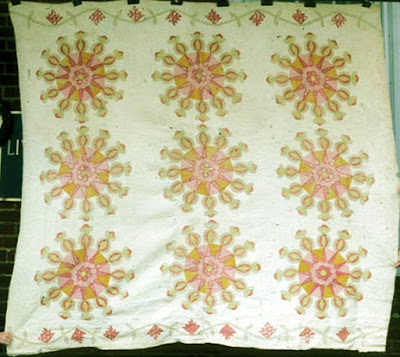 This one from the Thomas family, who called it Chestnut Bud. 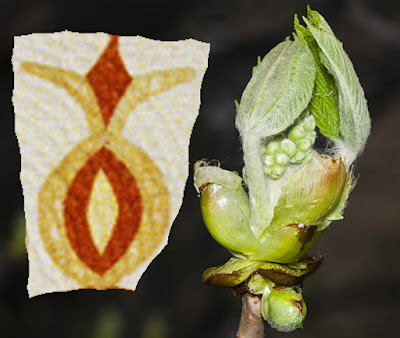 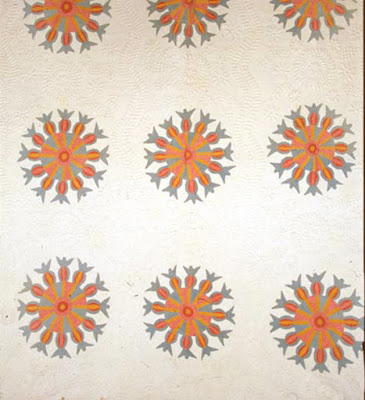 And this one by Mary Ann Walker Trentham (1857-1920) from Rhea County.
See more about her in Quilts of Tennessee, page 58-9.
Here's some genealogy:
https://www.smokykin.com/tng/getperson.php?personID=I35439&tree=Smokykin 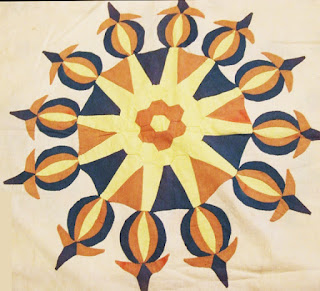 Tim at TimQuilts bought a set of blocks on line
with the same hexagonal ring and star in the center and 12 pomegranates.
https://timquilts.com/tag/pomegranate-quilt/ 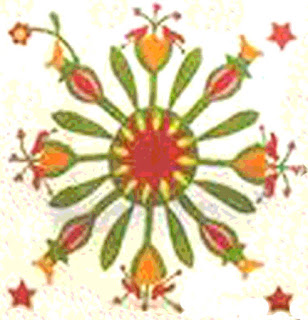