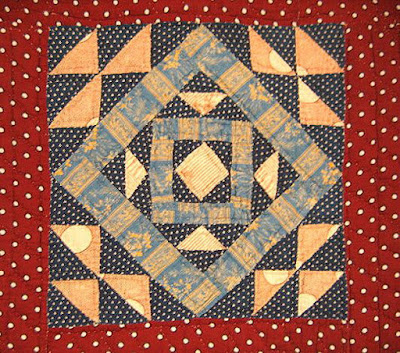 Here's a complex design that's a late-19th-century pattern
designed by a commercial source with a reference to current events. 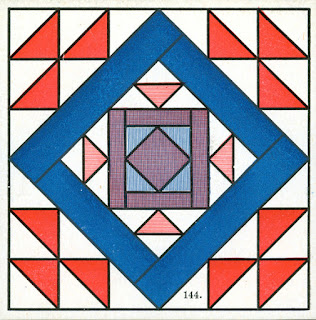 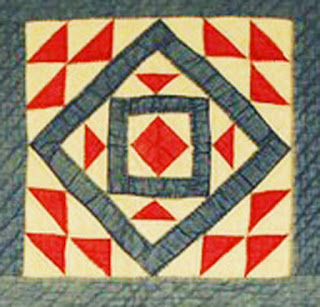 As a First Lady in her twenties, Mrs. Cleveland was a fashionable celebrity. The patchwork pattern named for her inspired numerous quilts. 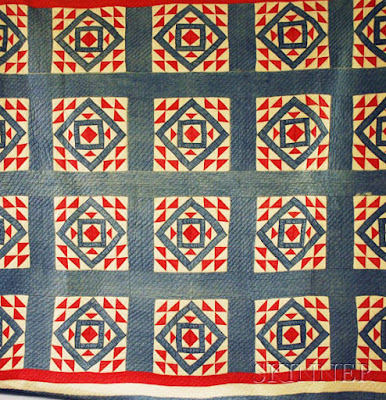 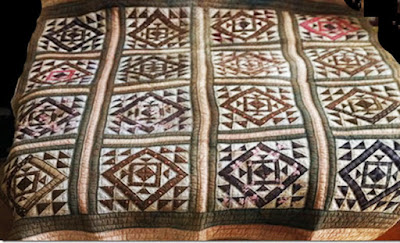 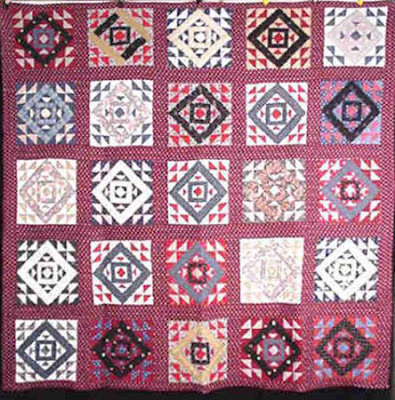 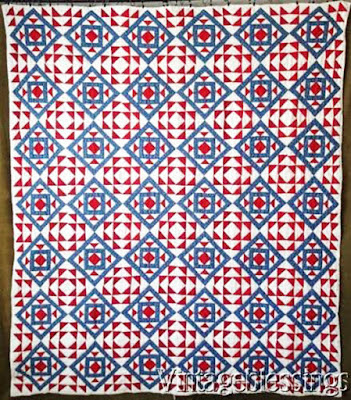 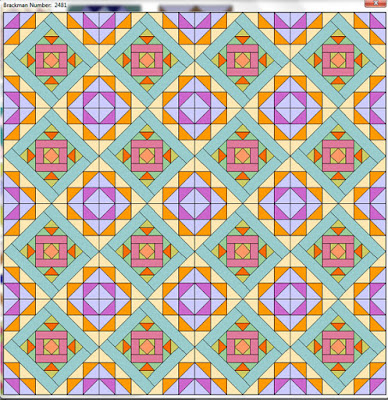 Here it is in a BlockBase Quick Quilt. 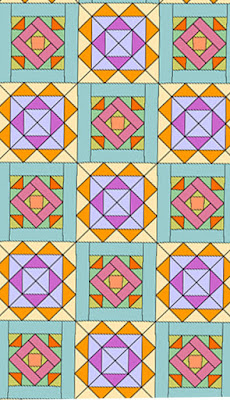 Which you could view as two alternate blocks.
A combination of a Jack-in-the-Pulpit and a block of triangles. 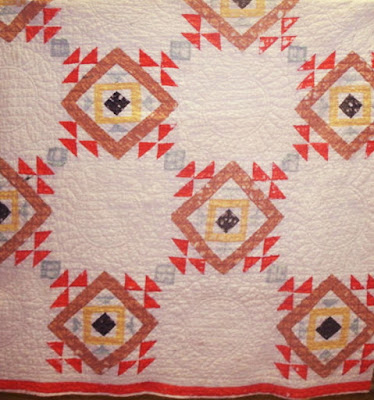 The Quilt Index shows the triangle quilt below documented by the Massachusetts
project that is signed Mrs. Grover Cleveland. 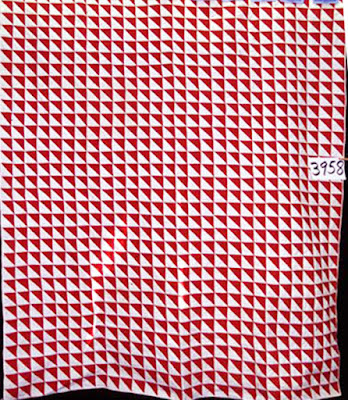 http://www.quiltindex.org/fulldisplay.php?kid=1D-FC-B52
Posted by Barbara Brackman at 6:00 AM