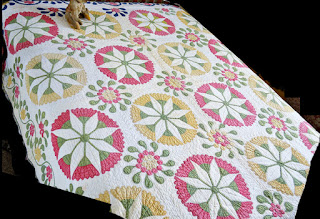 I've been pinning pictures of quilts date-inscribed 1853 and
came across this pretty applique quilt from an eBay post in the last year. 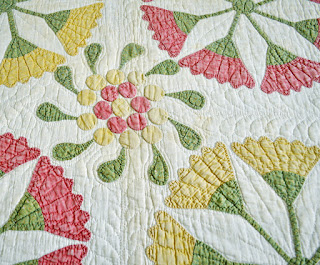 It's a beautiful quilt in worn condition. 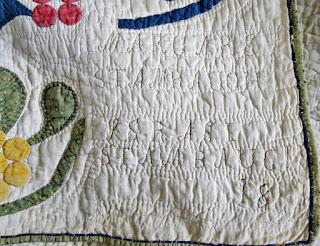 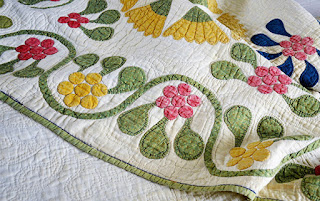 Unusual border with dots and tear drops echoing the
smaller block in the main part of the quilt.

UPDATE: Laurette Carroll tells me she was the lucky bidder on
this quilt. 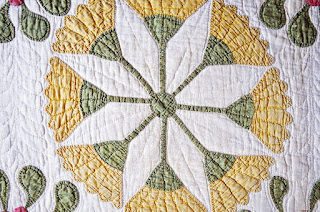 The unusual main block works in negative and positive fashion.
Is it a star?
Is it a ring of 8 flowers?

It does have an Encyclopedia of Applique number
#14.42
A Traditional Block published in the magazine Comfort
as Bouquet Quilt Block.
Probably published about 1910 with that name. 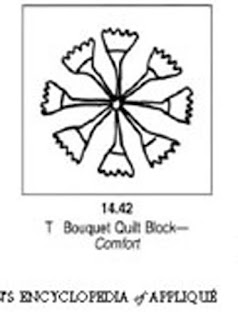 It's a lot cooler block than it looks in the drawing because of that negative/positive aspect. 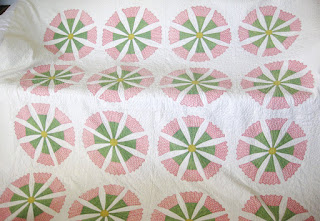 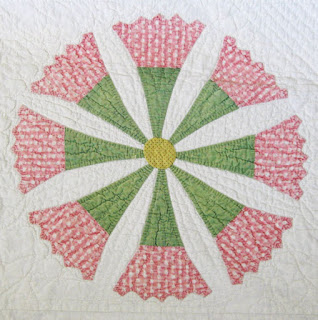 The negative/positive action works better in the top block
because the flowers
actually touch. 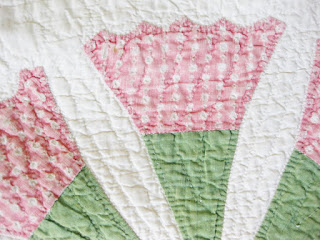 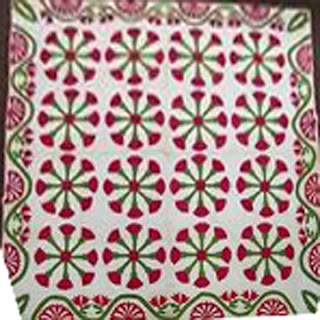 Here's a terrible snapshot of another mid-19th-century version.

These are the only three examples I have. 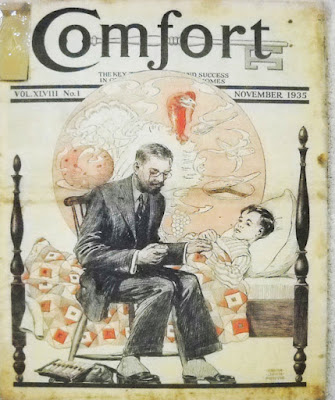 A 1935 issue of Comfort
The magazine had a high circulation about 1910 and
was an important source for quilt patterns, but
this pattern is a generation or two older than the magazine.
Wish I knew what Margaret Stambaugh called it.

UPDATE:
I did find a fourth similar quilt---offered on eBay this summer: 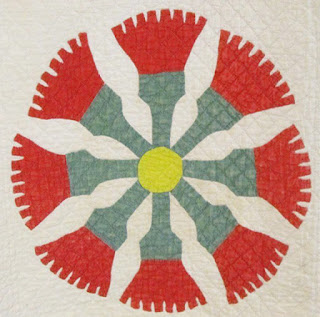 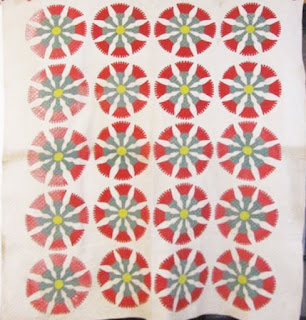 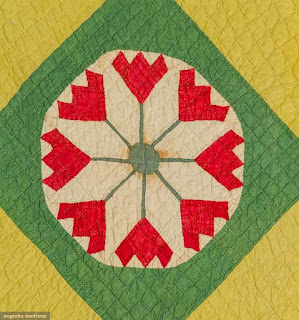 And this pieced variation from Augusta Auctions
a couple of years ago. 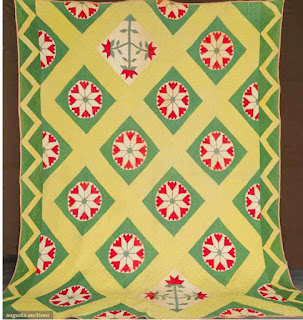