Square in a Square Blocks 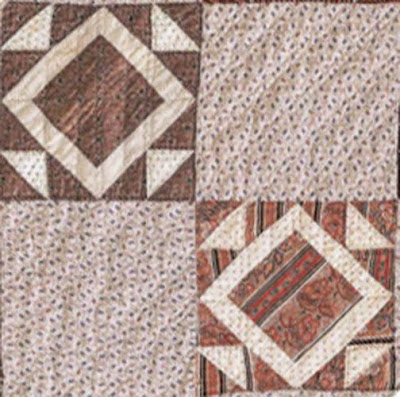 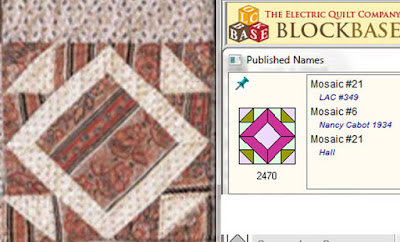 The pattern's been published several times with the uninspired name of
Mosaic---perhaps derived from a floor tile. 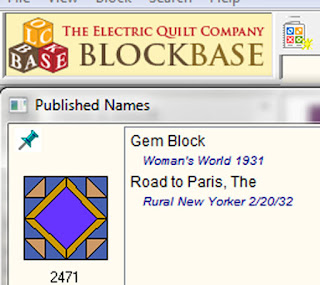 A slightly different proportion, a different number:
"The Road to Paris"
It wasn't a popular design. 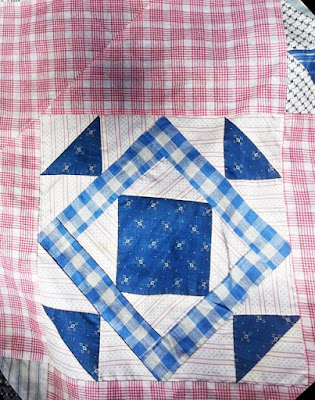 But add more pieces to the center: 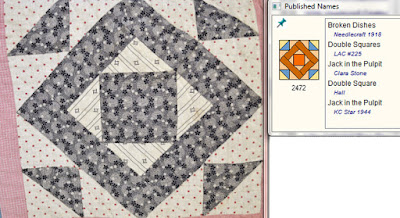 And it's easier to find examples made about 1900.
Earliest name is probably Jack in the Pulpit from Clara Stone
or Double Squares from the Ladies Art Company. 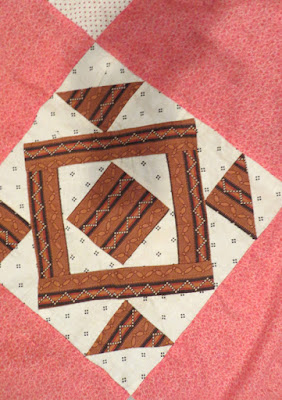 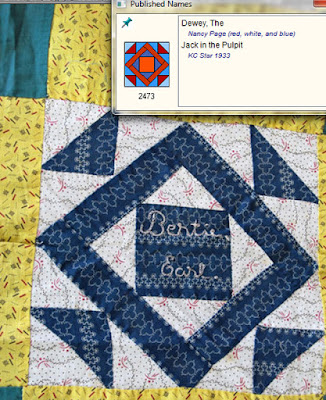 Different proportion, different number
This one was named The Dewey for Admiral George Dewey
who defeated the Philippine navy in 1898. 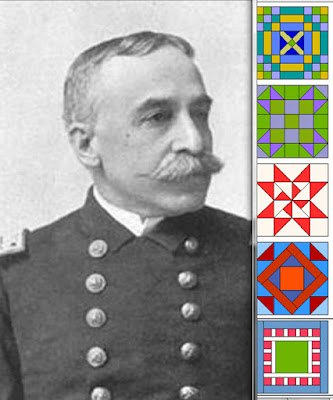 Dewey was so popular that BlockBase has
5 patterns named for him.
But we've forgotten him---so much for cultural memory.
Most of us would
call the pattern Jack in the Pulpit 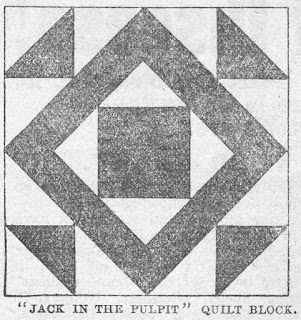 Pattern from Clara Stone catalog,
1906.
I found this picture at the Quilt Index, which also
included the copy:

"May be in two or three colors, as one happens to have the pieces. It is a nice pattern for an album quilt, writing name, town, county and State in the white half-squares surrounding the center block. It is prettiest all of pieced work, but may be set with plain squares of white or light goods, with strips, or in diagonal sash-work. C. A. S. Holliston, Mass." 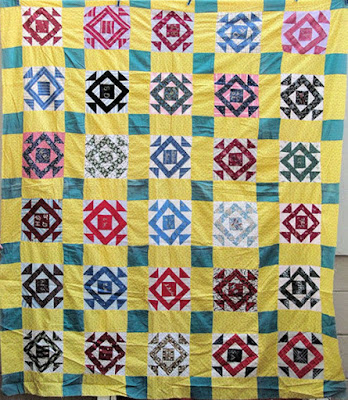 A signature version. I bet they got the pattern from C.A.Stone. 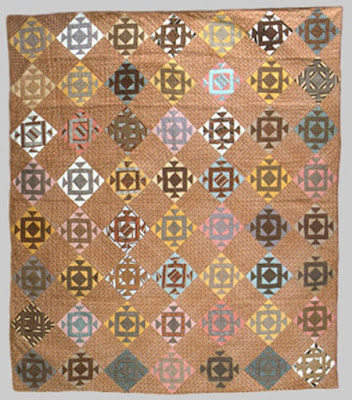 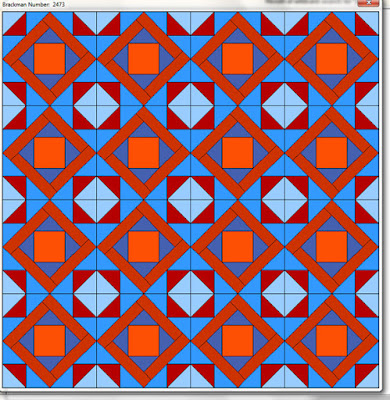 In BlockBase you can right-click on the block and
choose Quick Quilt. The program shows you
how it would look set all over. 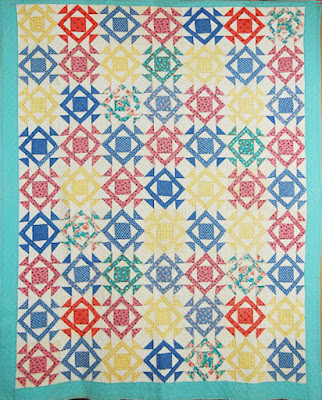