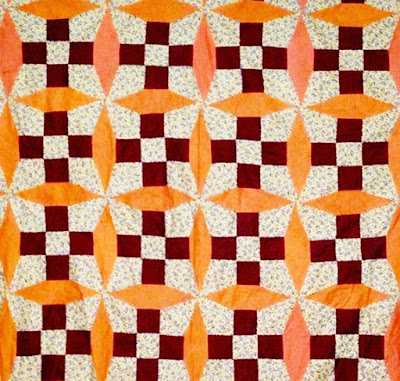 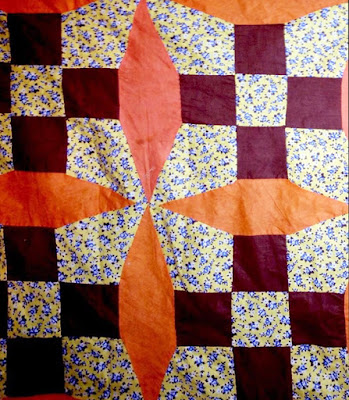 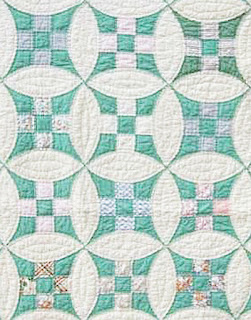 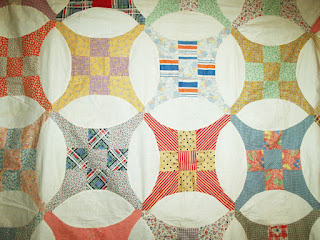 Particularly in scrappy pastels with white ovals between
the nine patches 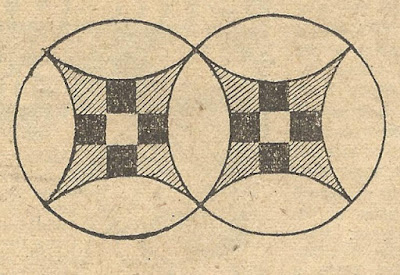 There is no square block. 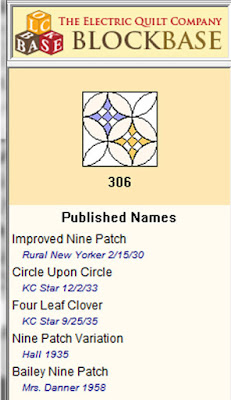 It's BlockBase #306.
Today we call it Improved Nine Patch or
Glorified Nine Patch.
The first name was published in the Rural New Yorker
in February 1930, pretty early in the 1930s quilt revival. 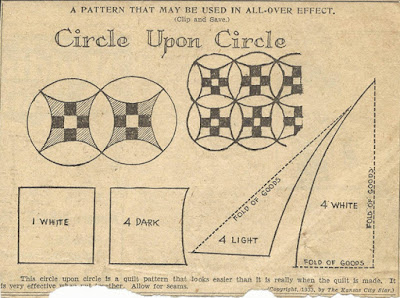 Most of the quilts were probably made from this 1933
Kansas City Star design.

It takes some piecing skill for the curves but quilters were crazy
about Double Wedding Rings at the time so this design of similar
construction fit right in. 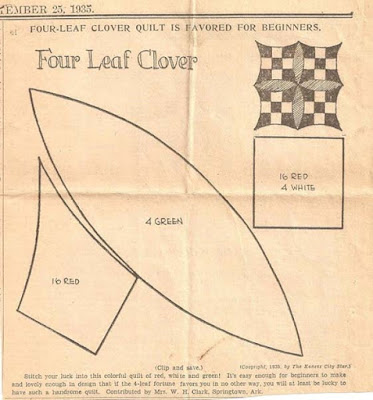 Although someone at the Star thought this would be
a good beginner's quilt in 1935.

The Quilt Index has quite a few 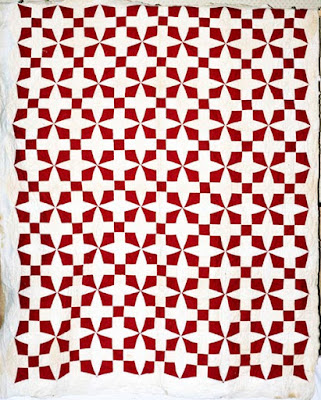 Lulu Schock from the West Virginia Project & the Quilt Index.

Including some two color variations. 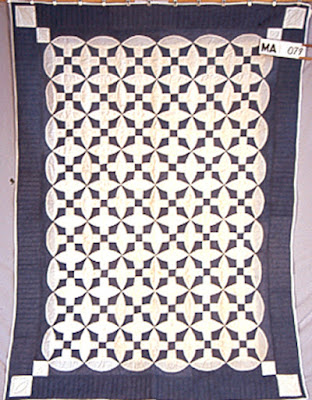 From the Indiana Project & the Quilt Index.
Mary E. Garrett worked in a clothing factory and made hers
out of factory cutaways---shirt chambrays.

All these look to have been pieced after the pattern appeared in 1930. 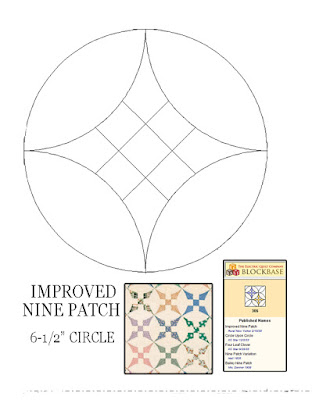 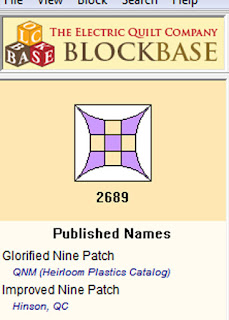 You might want to turn it into a block. Dolores Hinson
published it this way in her 1978 book A Quilter's Companion
and Quilters Newsletter sold templates for this block about
the same time.

UPDATE: I found a block-style pattern, probably the earliest published in Comfort magazine, maybe in the 1920s. 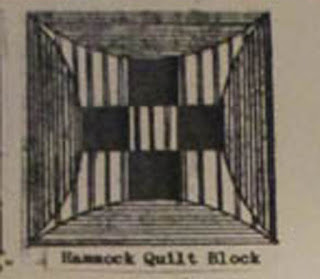 Merikay Waldvogel let me photograph Mildred Dickerson's scrapbooks of patterns and this drawing by Mildred (?)  shows it with a different name than we'd use.

Templates might be the answer. Fons & Porter sell some here:
http://www.shopfonsandporter.com/product/Glorified-Nine-Patch-Template-Set/fabric-and-notions

Or just go to eBay and buy a quilt. 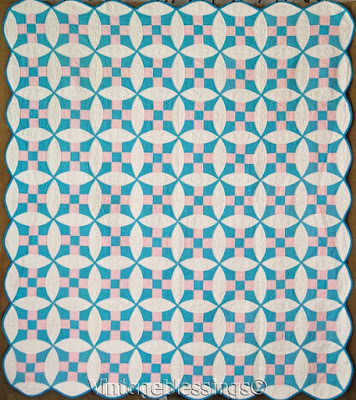 And by the way, any nine patch could be improved with polka dots. 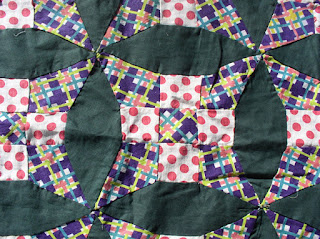