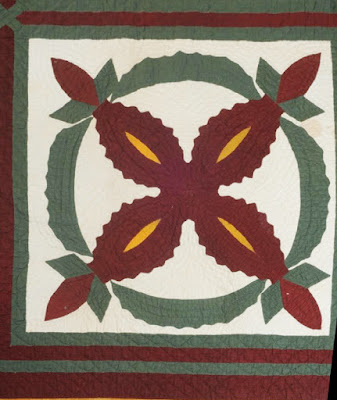 A classic pattern from a late 19th-century quilt
auctioned in Virginia in the past few years. 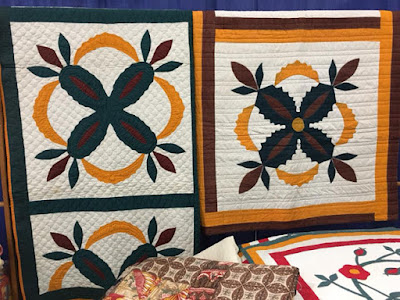 Cindy at Cindy's antique quilts had a question about the pattern. She
had two in her booth. 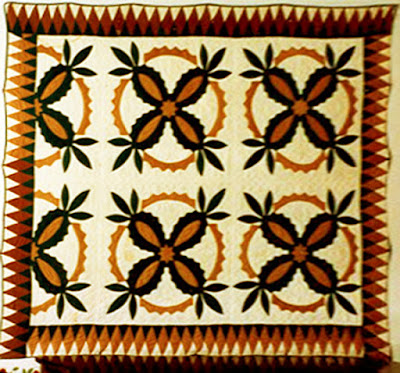 The collectors and historians who chimed in agreed it was Southern. 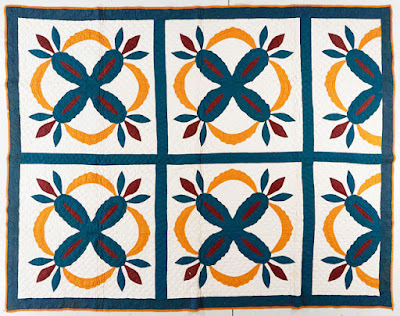 I was surprised to see how many photos I had in the file. Here's one by Betty Meeks McKenzie from
the Louisiana Project & the Quilt Index.
Several have one end trimmed to fit the bed. 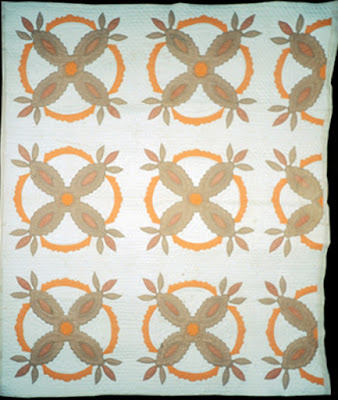 Another from the Louisiana Project.
This actually could be the exact same quilt---
photographed before fading and after.
These end of the century Southern solids fade in
a New York minute (cross cultural reference.) 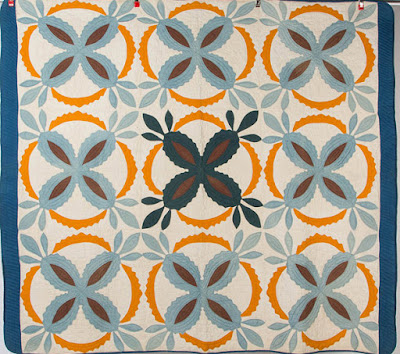 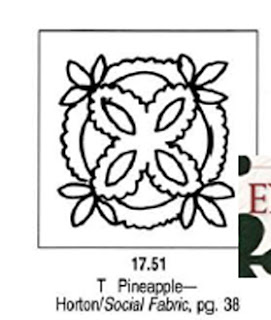 The pattern has a number in my Encyclopedia of Applique.
#17.51, published on the cover of the South Carolina project 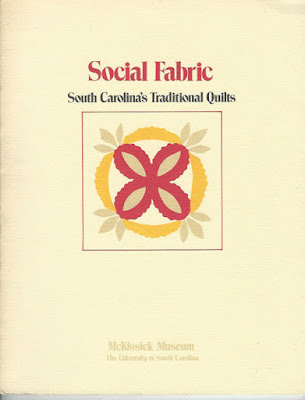 where it was called Pineapple. 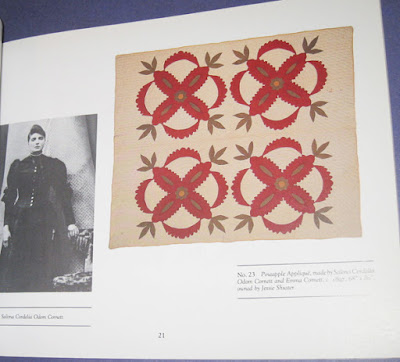 Pineapple seems to be the most consistent name. Here's one
publiished as Pineapple in the book Stitchers in Time: Ozark Quilts
And it does look like the fruit. 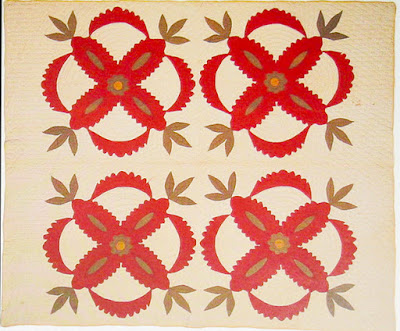 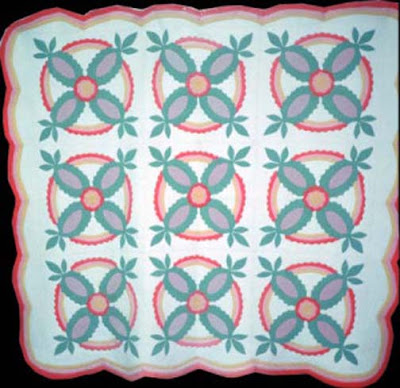 But Tim at Tim Quilts showed a fabulous example in mid-20th-century solids.

I've never seen it published in the vintage literature as a commercial pattern....Probably passed around hand to hand as a paper pattern or a block, perhaps sold by an enterprising pattern drafter or traced off a quilt. 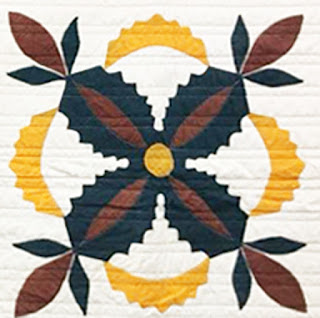 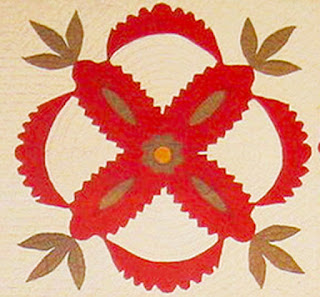 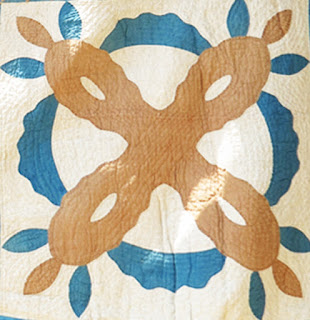 And some nothing at all where the pineapples meet.

How old is the pattern? 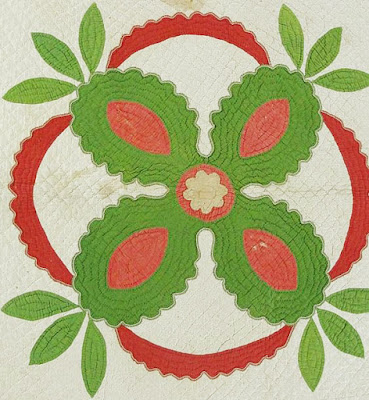 Here's one with blanket-stitched applique done in Turkey
red and green. It could be 1850s or 60s.... 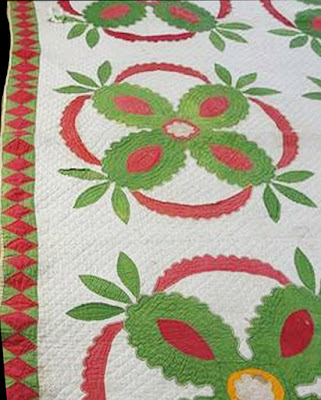 With it's fancy diamond border. 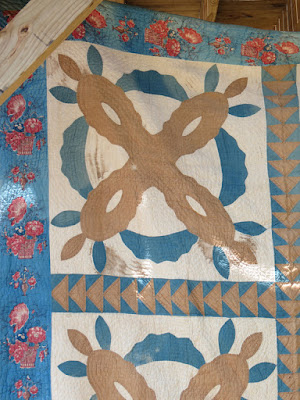 And that brown and blue one.... 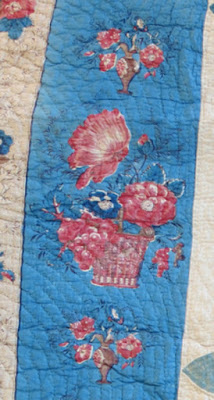 It has a chintz stripe border that looks like
a stripe printed "for the Portuguese."
See more at this post:
http://barbarabrackman.blogspot.com/2017/10/chintzes-for-portuguese-3.html 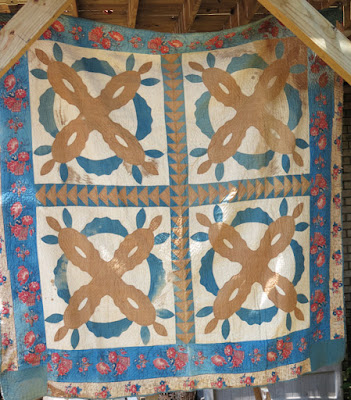 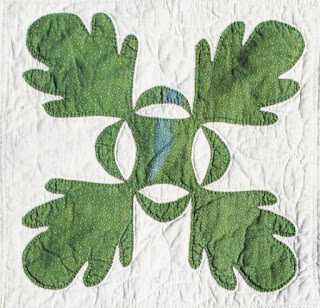 The design seems to have evolved from the common oakleaf and reel
block that goes back to about 1830, found all over the Eastern seaboard.... 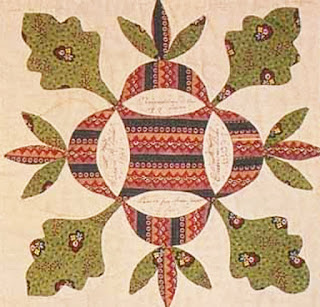 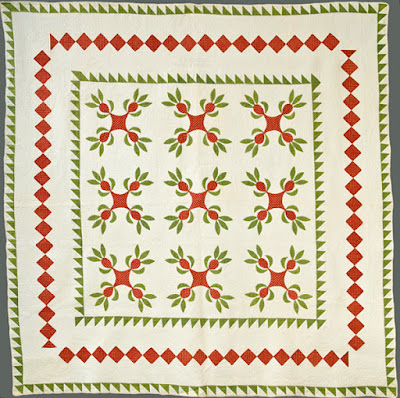 ....combined with this more common pineapple block
dating back to the 1840s. 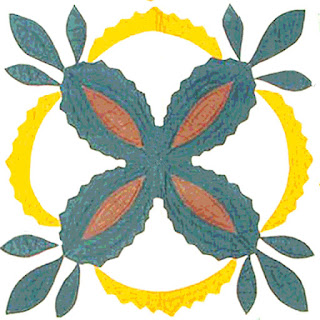 A pattern of sorts to print as a whole or a quarter. 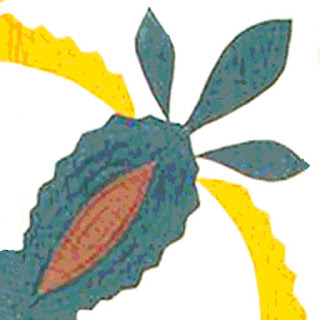 It has to have all those wiggly edges. 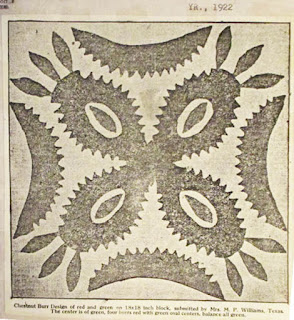 UPDATE: Here's a published pattern from Comfort magazine in 1922 sent in by Mrs. Williams from Texas who called it Chestnut Burr. She's got the arcs upside down.