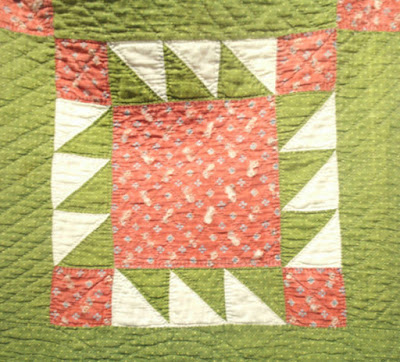 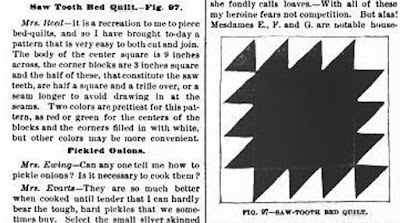 The Prairie Farmer is one of the earliest American periodicals to print quilt pattern pictures on a regular basis. Here's the Saw Tooth Bed Quilt sent in by Mrs. Reed in 1886.

"It is a recreation to me to piece bed-quilts, and so I have brought to-day a pattern that is very easy to both cut and join. The body of the center square is 9 inches...Two colors are prettiest for this pattern, as red or green for the centers of the blocks and the corners filled in with white, but other colors may be more convenient."

She's drawn a square in two corners and half-square triangles in the other. The pattern doesn't have a BlockBase number but I'm writing it in as 2050.3---Saw Tooth-Prairie Farmer 1886


The name was in the air. In 1885 Etta Richardson won a prize at a Maryland fair with her "saw tooth quilt." 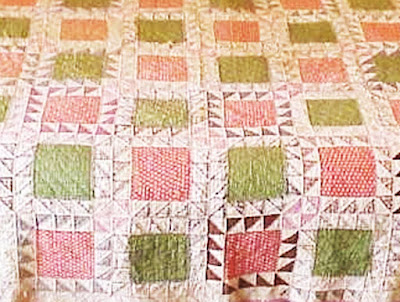 Ileana had this one for sale on eBay---same color scheme different corners.
Of course there are many similar blocks. 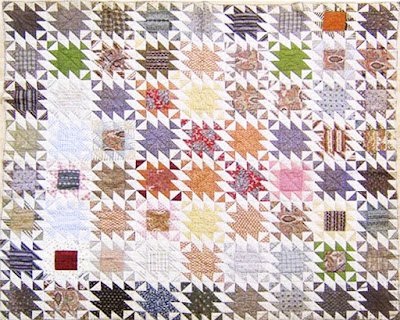 Putting triangles in all the corners is a common variation.
The number of HST's along the side is also a variation. 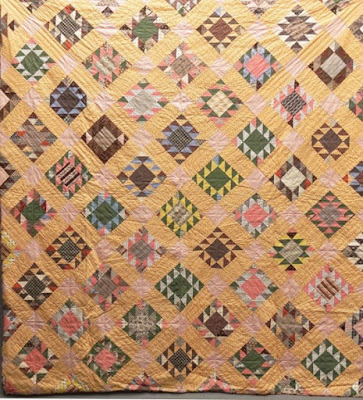 Same block, on point with California gold print sashing.
I love this block and all its variations so have saved lots of photos. 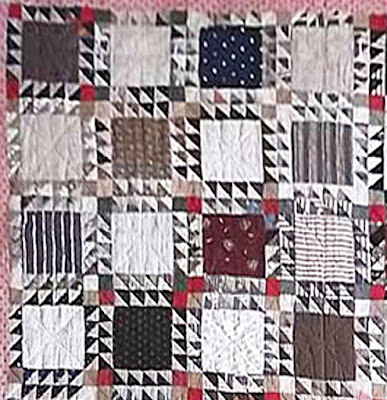 Square only in the corners 4 across
As far as date: Everything above looks to be about 1870-1890. 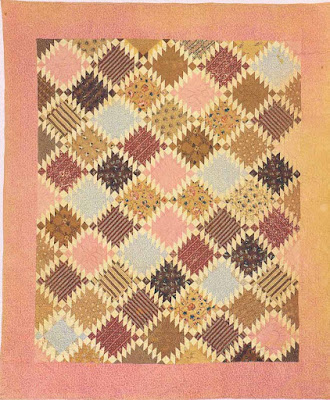 From the Ohio Quilt Project book Quilts in Community, 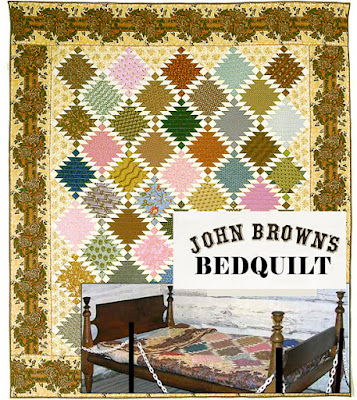 Our Sunflower Pattern Co-operative made a quilt inspired by that
Ohio quilt   for a Kansas museum dedicated
to John Brown, the radical antislavery activist. 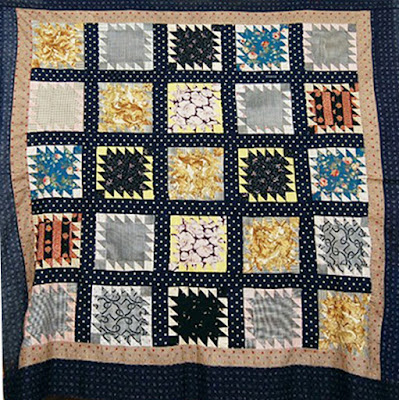 Sashing makes this easier as you don't have to line up
all those points where the triangles meet. 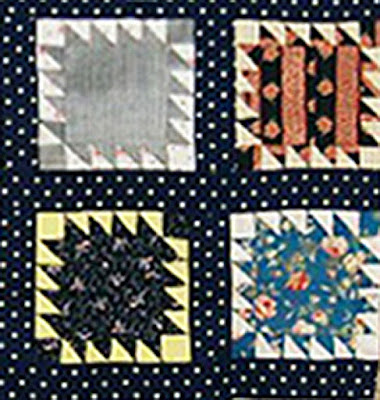 Polka dots always a good idea. This one seems to
have been started in the 1870s and finished in the teens or later. 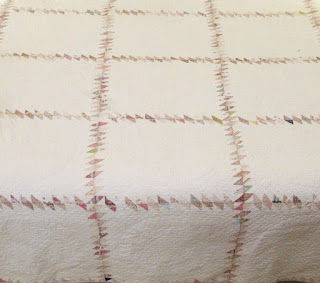 You can go on and on. Ileana also had this mid-19th century version for sale.
12 HST's across. 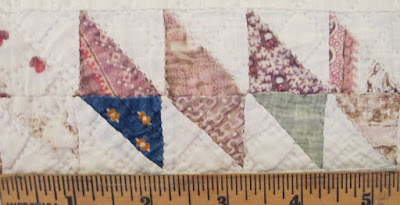 Each about an inch.
I'd guess this one was probably contructed with the white blocks a plain square
and the sashing the patchwork. Pairs of strips set between the blocks. That's the way
I'd sew it (except I am NOT going to even think about it.) 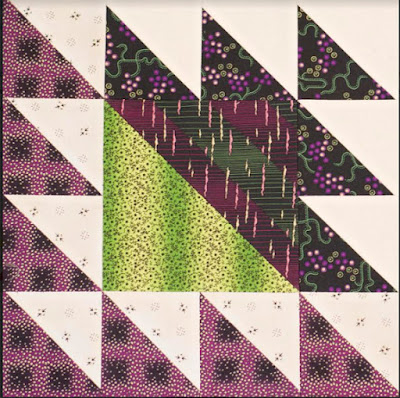 Lend & Borrow is the February block in the
Antebellum Album sampler over on my Civil War Quilts blog.
See earlier versions here:
https://civilwarquilts.blogspot.com/2018/02/antebellum-album-2-lend-borrow.html 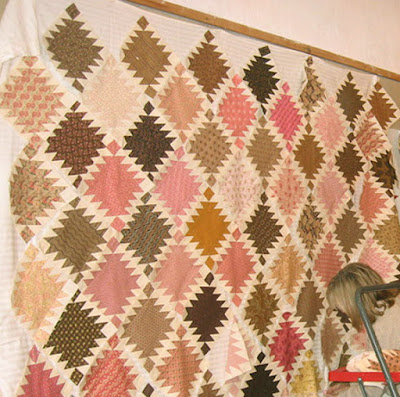 Here's Wendy working on her pink and brown version
of the John Brown bedquilt. 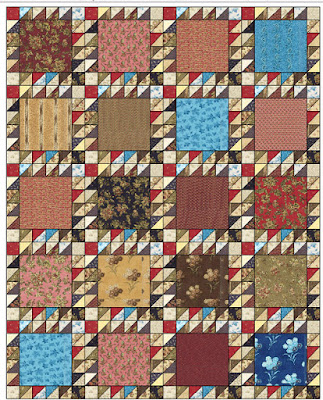 See the pattern with a couple of ideas for the John Brown Bedquilt
in our Etsy shop.