Another One of a Kind 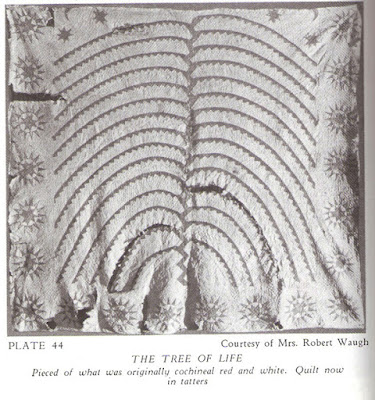 Ever since I first read Ruth Finley's book Old Quilts & The Women Who Made Them
I've been looking for another one of these.

Finley lived in New York when she published that book in 1929. The quilts in the photos came from New York and New England for the most part. Perhaps the Mrs. Robert Waugh who loaned the quilt for photography was a friend on Long Island. 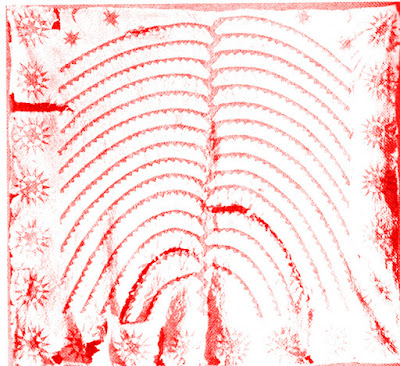 The caption says it was originally cochineal red---I'd guess she was
wrong and it was Turkey red, probably made after 1840.
I've colorized it to give you an idea of what it might
have looked like---in case you run across it. 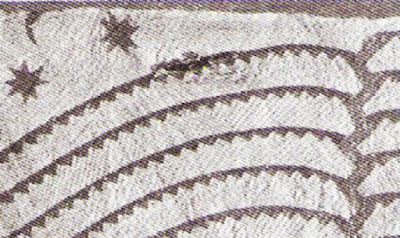 The stars at the top and the tree branches look to be appliqued in the dogtooth manner.
No templates were used, the maker slashed a circle and turned the edges under freehand. 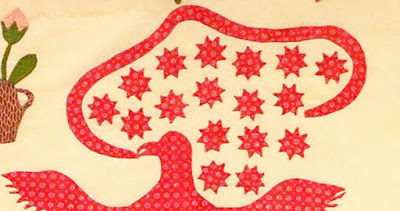 Freehand stars were rather common in the mid-19th century. 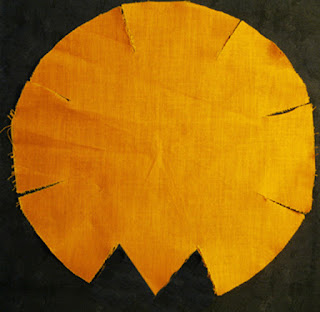 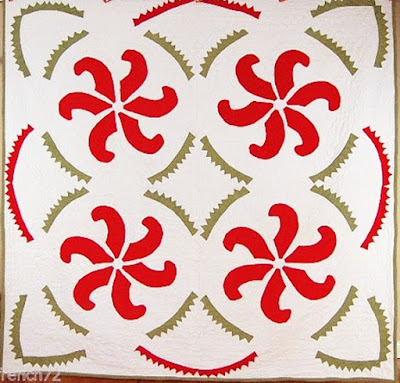 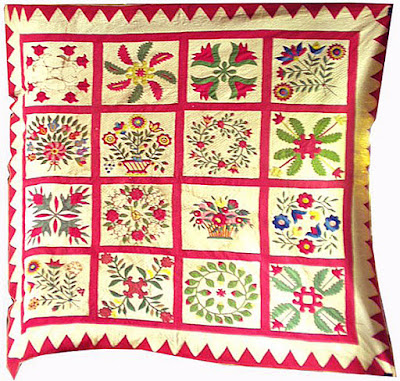 Although the techniques were common---the quilt is strange.