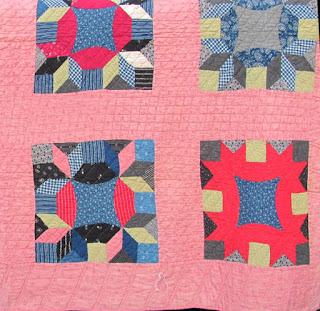 Hands All Round quilt about 1900
from Linda's collection at Treasuredquiltsuk blog
http://treasuredquiltsuk.blogspot.com/2010/09/uninhibited-pink-quilt.html 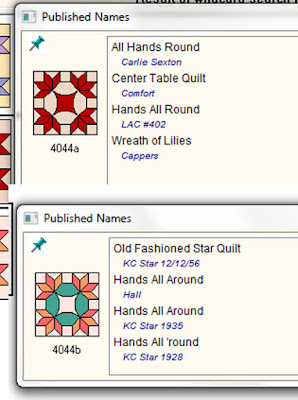 The name was familiar in the mid-19th century. An 1852 poem celebrating English nationalism by Alfred, Lord Tennyson, "Hands All Round" had a chorus involving a toast. The Art of Dancing, published in 1859 mentions a dance move for a jig: "All Hands Round." 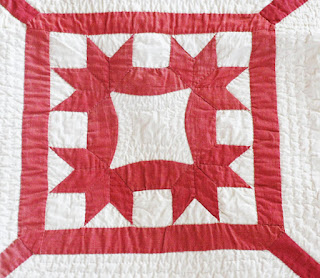 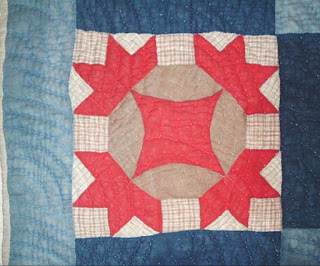 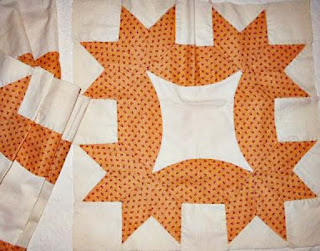 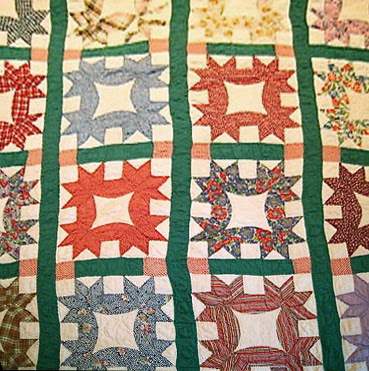 with lots from the mid-20th century after the patterns were
published. 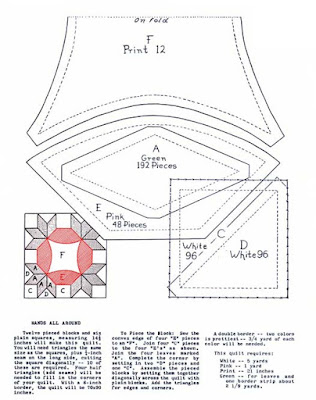 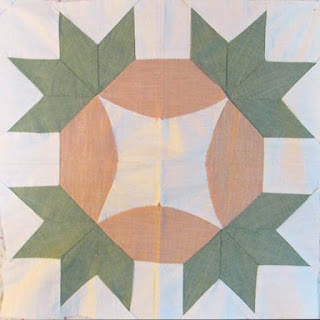 The Quilt Index has records of a few but none with dates inscribed. 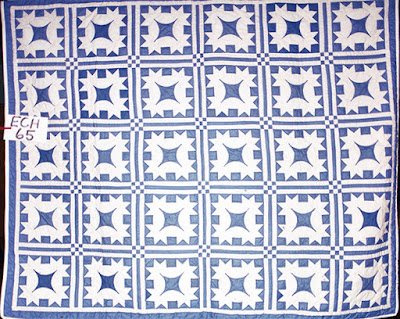 By Mary Plaisted Taggart
From the New York Project.
http://www.quiltindex.org/fulldisplay.php?kid=73-19B-144 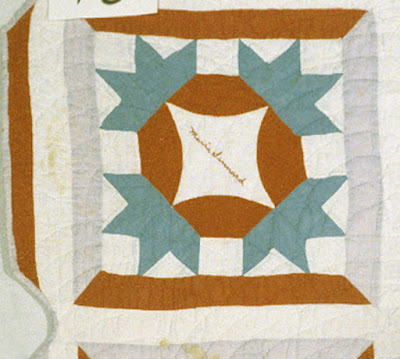 The family story on this one found in the North Carolina project
is that friends in Lawrence, Kansas made it for Elizabeth Butler in
1917 when she moved to Nebraska.
http://www.quiltindex.org/fulldisplay.php?kid=4B-82-F17 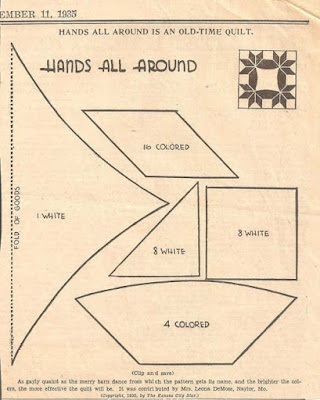 Hands All Around from the Kansas City Star in 1935 sent in by a
Missourian, mentioning a barn dance call.

It wouldn't be an easy design to make. In BlockBase
it's classified as Miscellaneous, based on rather odd
seam lines. 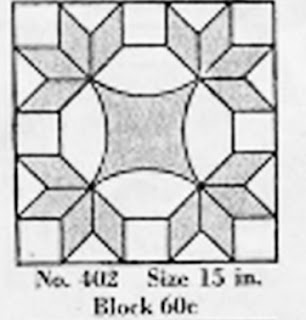 Hands All Round from the Ladies Art Company
in the 1928 catalog. 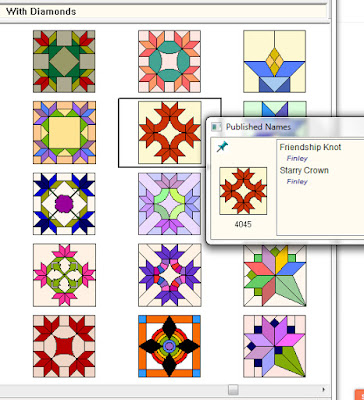 Ruth Finley showed a version on point in her 1929 book calling it Friendship Knot or Starry Crown---also on the miscellaneous page (#4045) and it looks harder to sew. 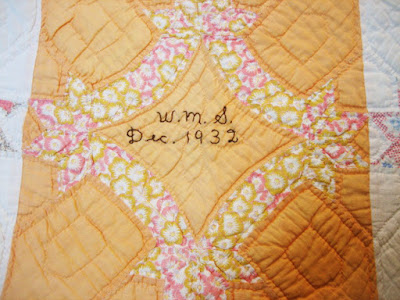 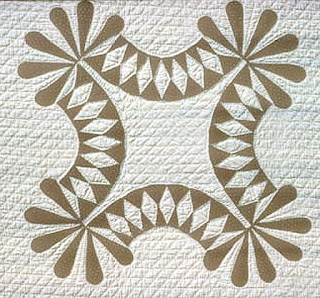 In thinking about the sources for the odd construction I am reminded of the Whig's Defeat, a combination pieced and appliqued design that was quite popular in the South after 1850 or so. Perhaps the block evolved from that older design.