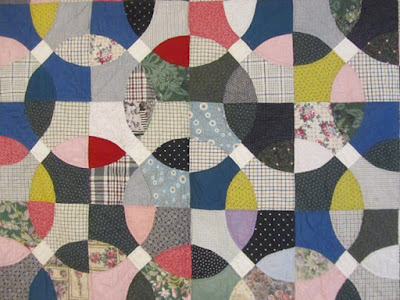 Debby had a question recently about the pattern in this mid-20th century quilt. 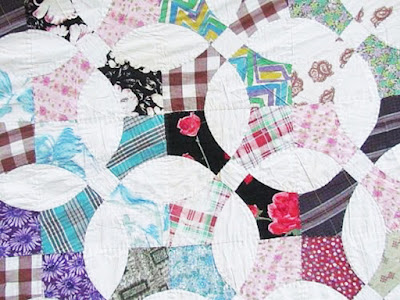 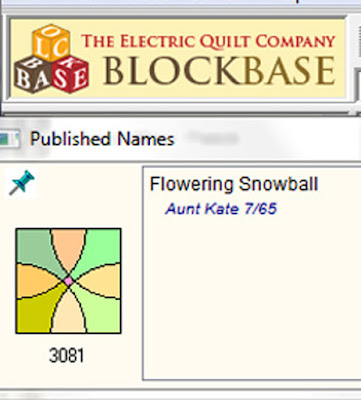 The little pattern magazine Aunt Kate's Quilting Bee published
it as Flowering Snowball in 1965 and that may be the source. But
it was a little magazine. I get the feeling the design may have been
published earlier. 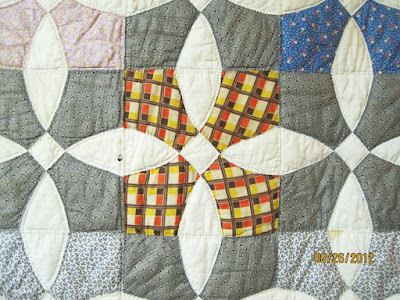 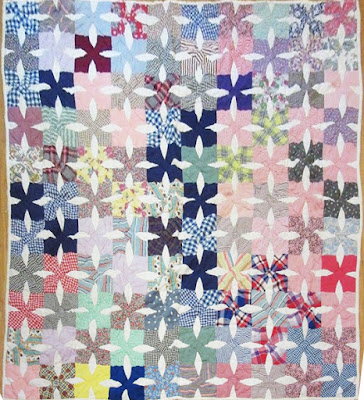 The curve is pretty easy to do and the effects are terrific. 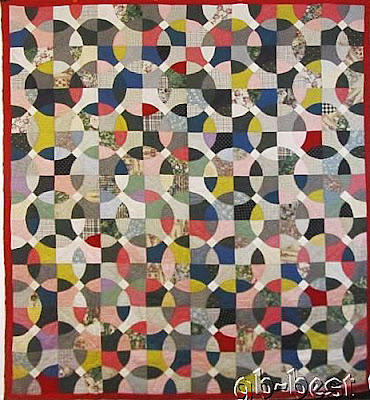 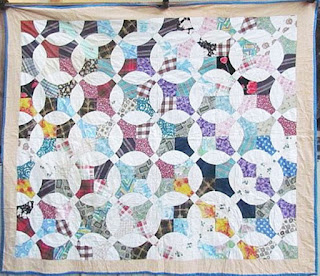 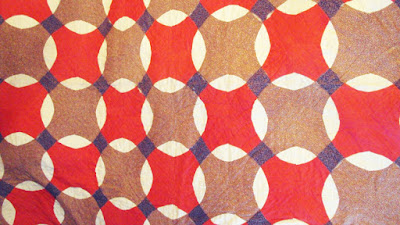 All these are from online auctions. 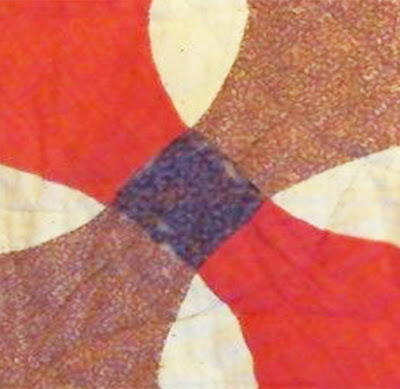 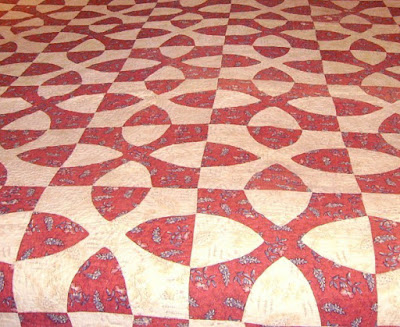 And here's an even older variation. 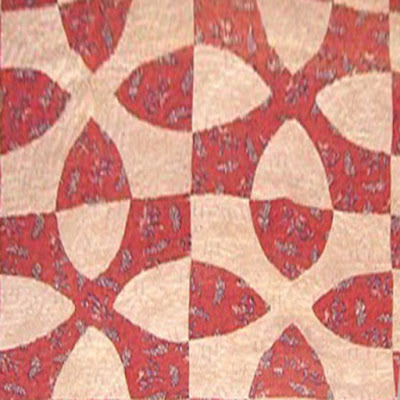 But it's not exactly the same block. This version with no center square
has no BlockBase number.