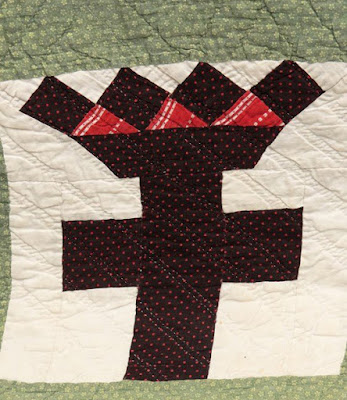 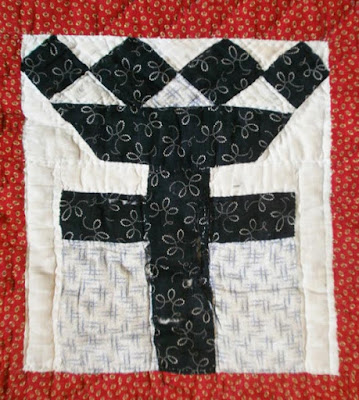 The major seam line is horizontal dividing it
into two units. 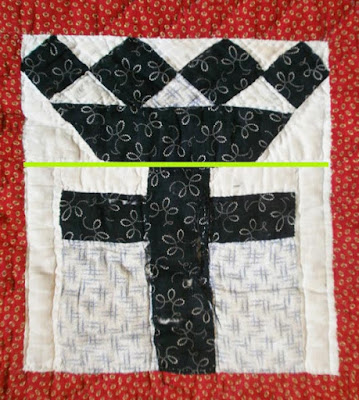 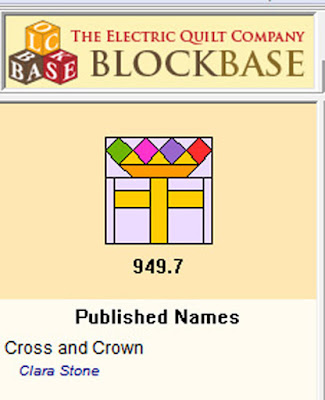 UPDATE: Wilene Smith, the expert on the Clara Stone group writes:
"This design was first published February 1899 in one of the papers of the 'Hearth and Home' group. 'Clara Stone' was one of 23 currently known pseudonyms created and used by the needlework editor of the papers. This design was among the nearly 300 designs chosen for the 'Clara Stone catalog' in 1905 and released in the Spring of 1906." 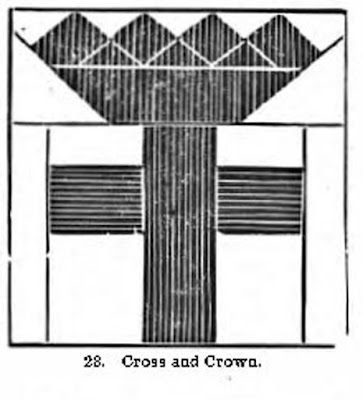 This Christian metaphor may have been designed just for the Clara Stone pattern line. 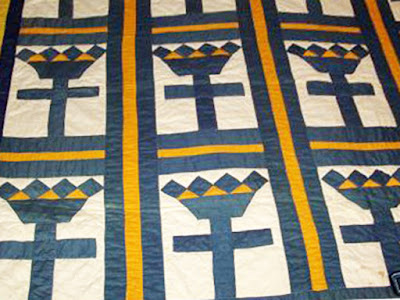 It seems to have been relatively popular, particularly in the South. I'm guessing this one of solid
colors with that distinctive strip sashing is Southern. 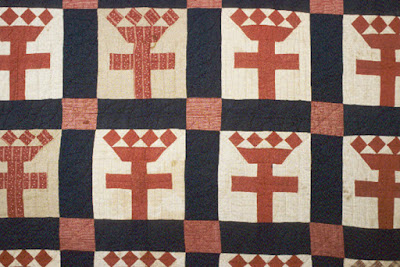 Made by Ellen Love, North Carolina project and the Quilt Index 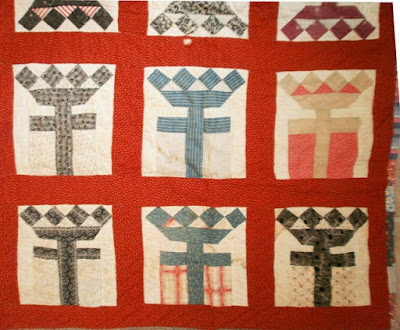 None of the pictures I've seen look to pre-date the published pattern. 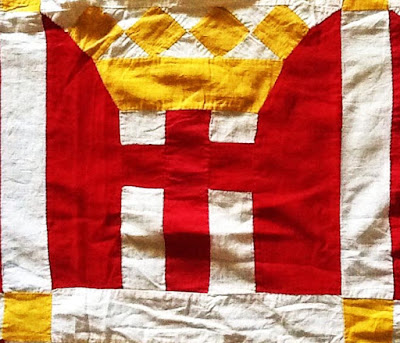 A different way of constructing the block 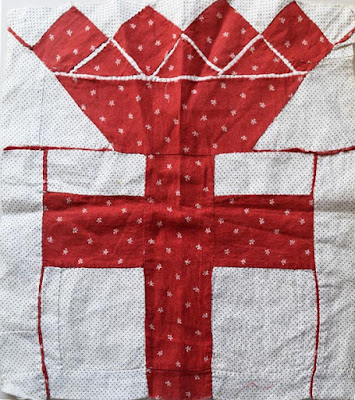 And here it is as a lone block, constructed like
a tile quilt with patches appliqued to the background
and the background showing through.

Clara Stone, a pattern group out of Massachusetts,  influenced quiltmakers all over the country.
Posted by Barbara Brackman at 6:00 AM