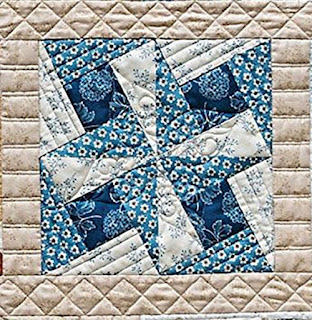 C&T Publishing has just published the Kansas City Star Quilts Sampler with some 20th-century quilt history by me. 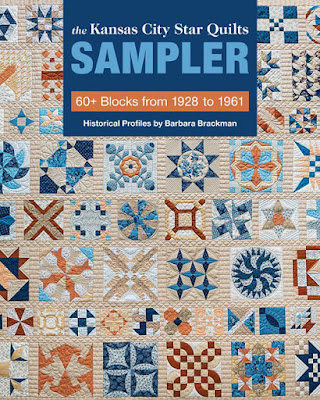 Debbie Rodgers designed the sampler with over 60 blocks, stitched by staff. The 264-page book includes rotary cutting instructions for each block but also TEMPLATES! for piecing, a luxury in this day and age. Here's a template-worthy pattern from the cover. 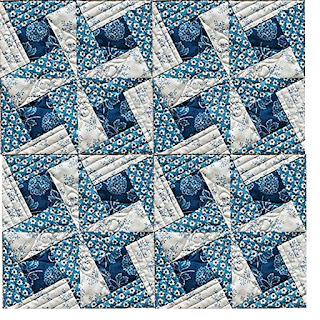 I Photoshopped their block into a grid of 4.
The pattern in the book is 12" or 6" if you look at each unit as a block. 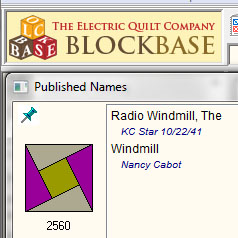 It also (according to me) appeared in the Chicago Tribune's quilt column, Nancy Cabot. 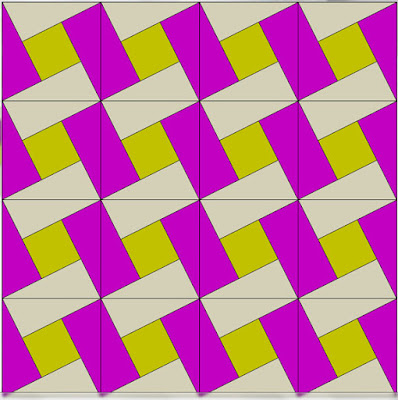 I did a Quick Quilt in BlockBase and this is how it looks set all over
each block shaded the same. Interesting but you could get the same look
easier with squares and recatangles. 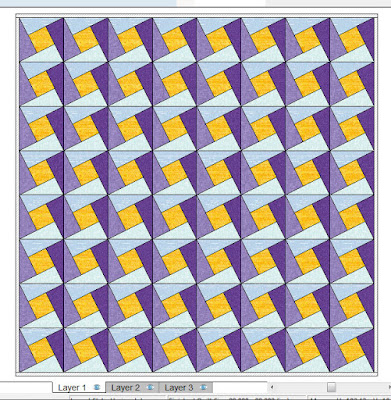 I imported the BlockBase design to Electric Quilt 8.
Scrappy with controlled shading might be quite cool. 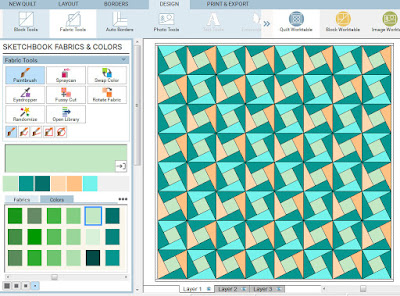 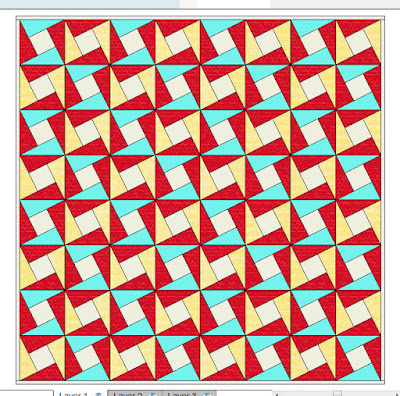 Same thing---kind of reads as Z's or pinwheels. 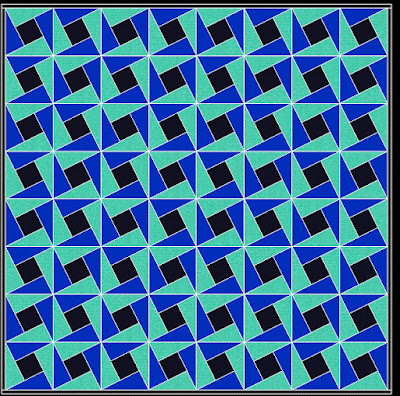 Inverted the color in Photoshop for more drama. 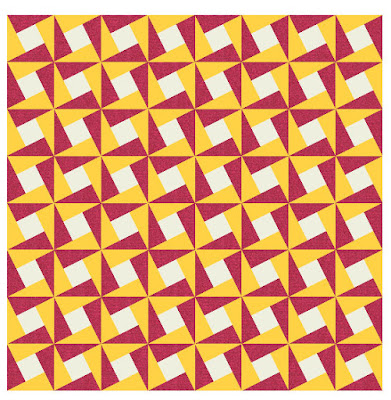 Did a screen capture here of a EQ quilt without any lines. A nice graphic and maybe my favorite among my color experiments. Three shades: medium, light and dark.

I'd show you some vintage examples of the Radio Windmill but I couldn't find any---not even on the Quilt Index. It's a neglected pattern but now we have templates in the book. 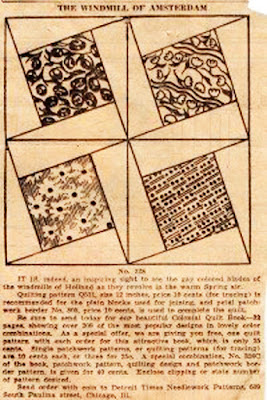 UPDATE: I found another name and publisher for the pattern. H. Ver Mehren's Colonial Quilt catalog apparently included it as Windmills of Amsterdam, here advertised in the Detroit Free Press.