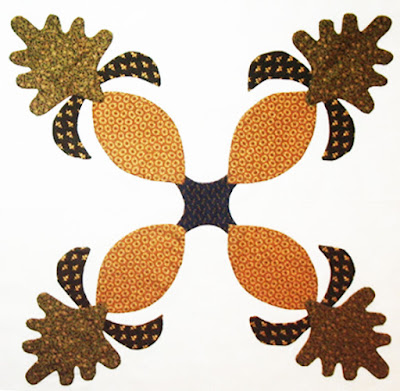 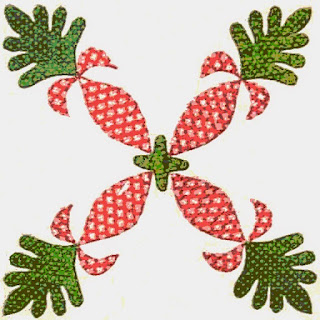 Variations on this block may be in the top three standards
for applique albums (#1 & #6 in Hospital Sketches being the other two.) 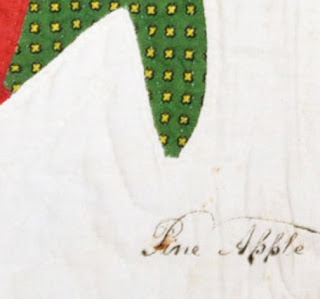 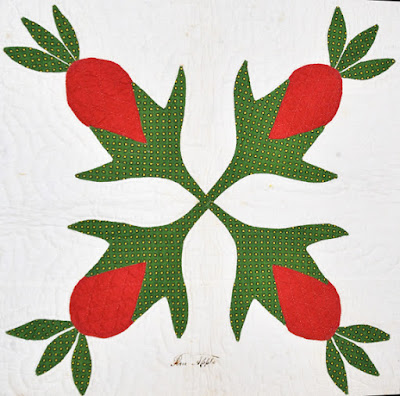 Ruth Finley called it a pineapple in her 1929 book and that
is what we call it. 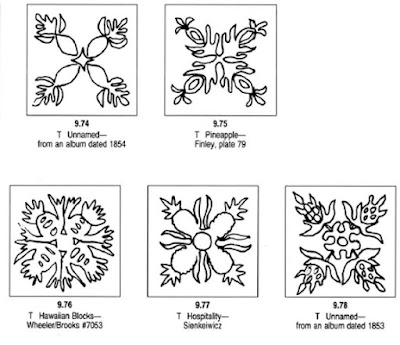 Pineapple variations are classified in my Encyclopedia of Applique,
page 70, numbered 9.70 to 9.79 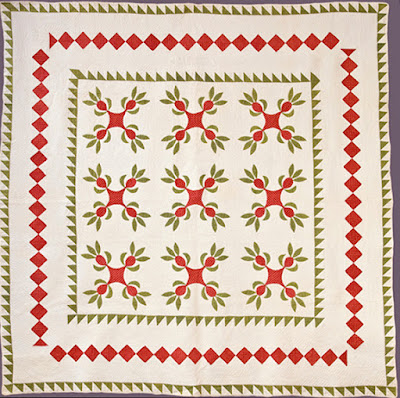 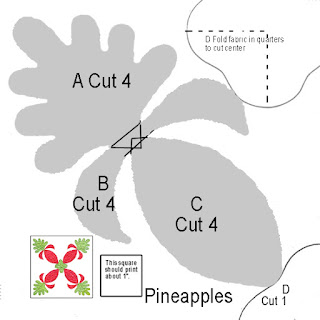 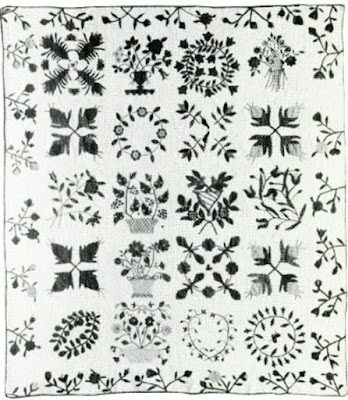 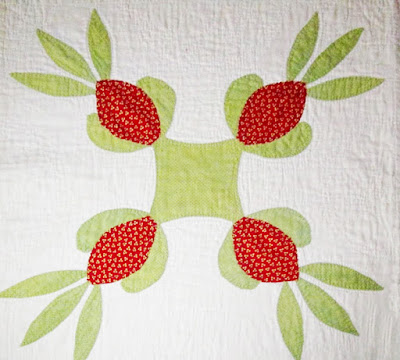 Knowing how popular the design was I bet V. Cooke's looked a lot like this. 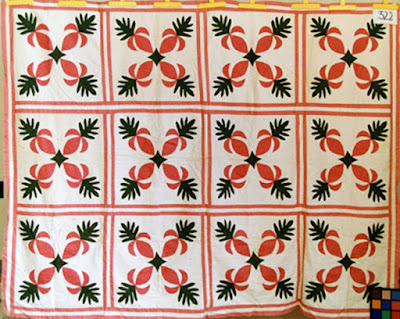 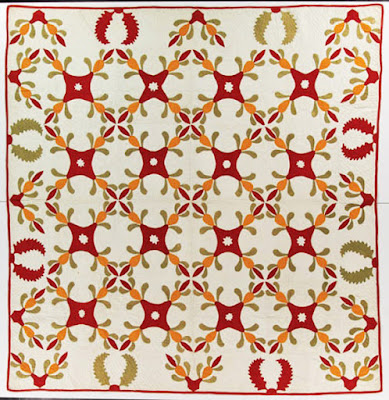 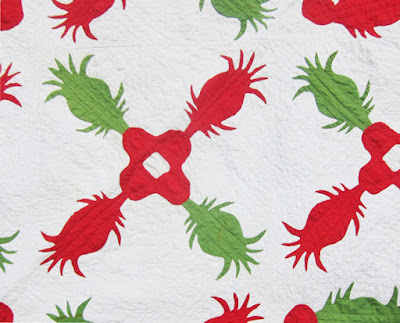 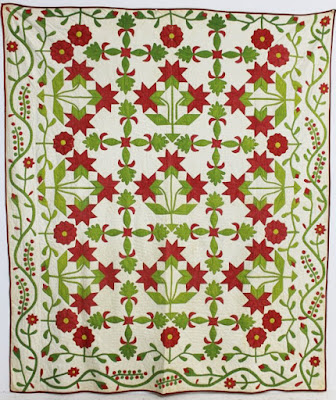 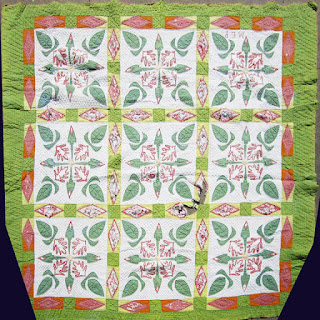 I'd say those pineapples are upside down---
but there are no rules in applique. 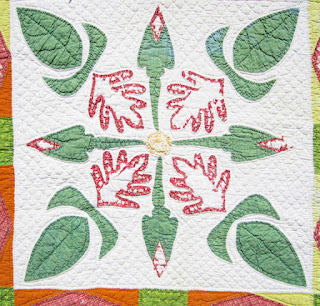 See more on pineapple blocks in Baltimore album quilts at this post:
https://barbarabrackman.blogspot.com/2015/06/baltimore-album-quilts-4x5s-and.html