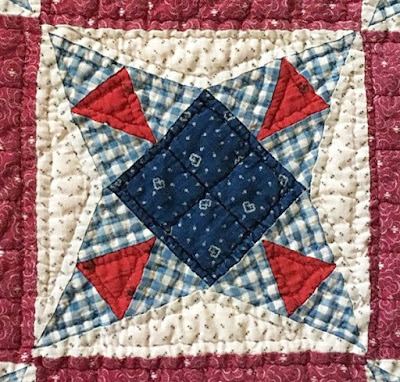 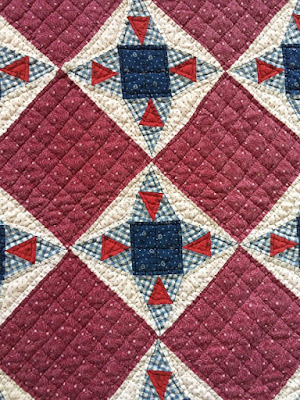 The pattern is BlockBase #2982,
Iowa Star or Texas Ranger 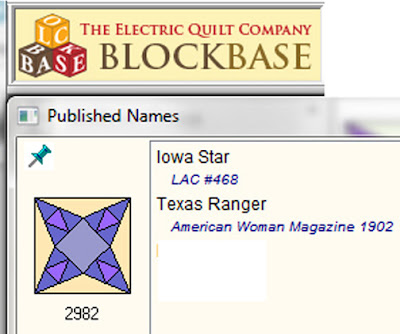 The quilt above may have been made from the Texas Ranger pattern
in American Woman magazine in 1902. 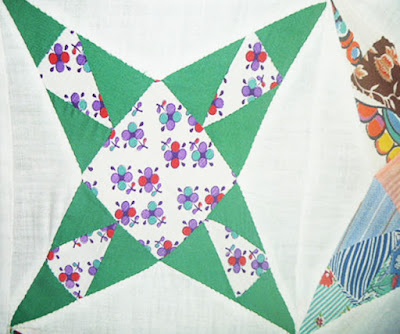 The Ladies' Art Company probably copied their design,
changed its name to Iowa Star and included it in their
early 20th century catalog. 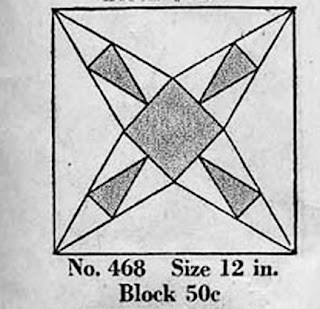 Iowa Star from the Ladies' Art

Most of the examples I've found are mid-19th-century 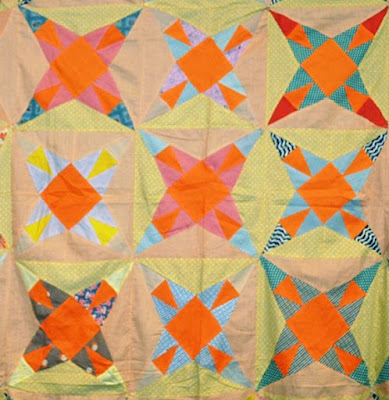 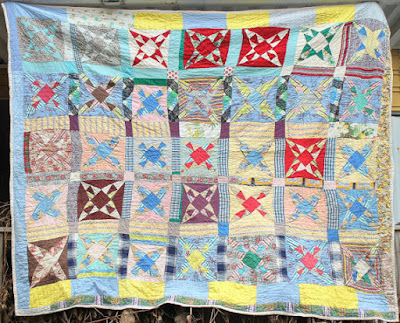 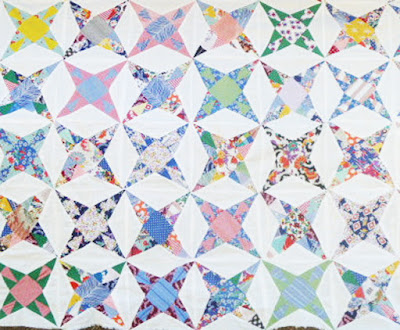 Maybe inspired by the Ladies Art Company's catalog
which may still be in print. 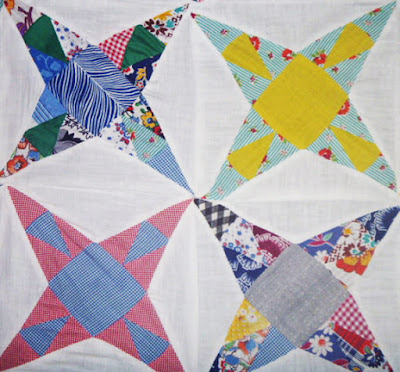 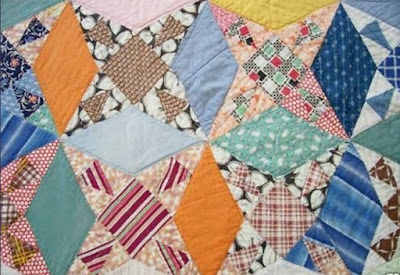 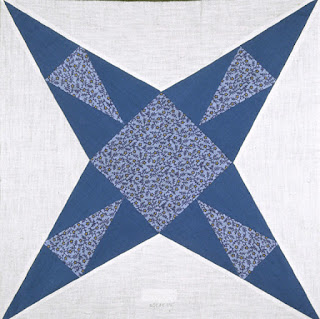 Or by Carrie Hall's block pictured in her 1935 book
as Iowa Star. The proportion of the triangle changes. 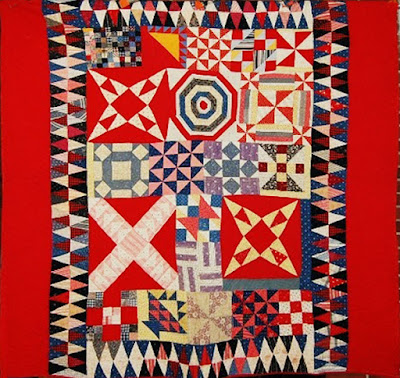 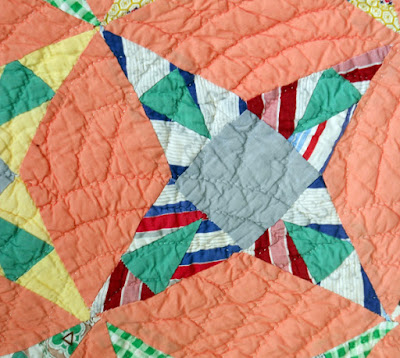 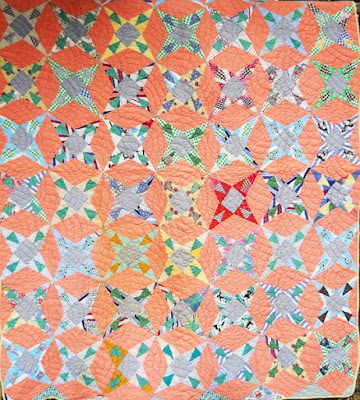 This one isn't done in a block but rather as an all-over type of pattern. 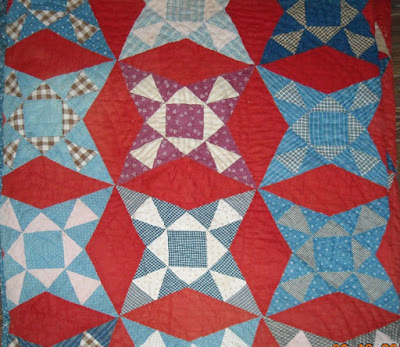 The way this older quilt is pieced, red diamonds pieced to stars. This one's a variation with
an extra square inside the center square. 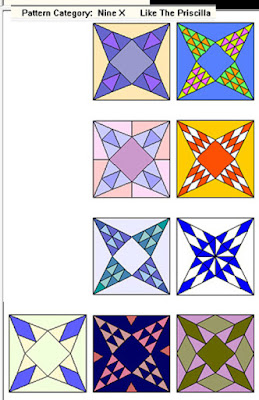 There are a lot of variation on the basic pattern structure,
adding more triangles and changing them to diamonds.
This would be a nice block of the month, a kaleidoscope
extravaganza. All Y seams, all day. 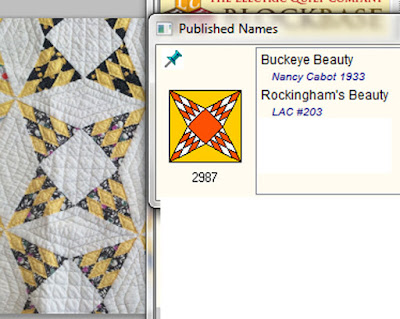 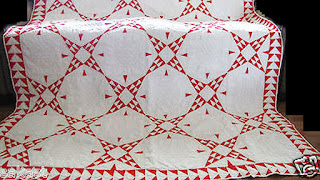 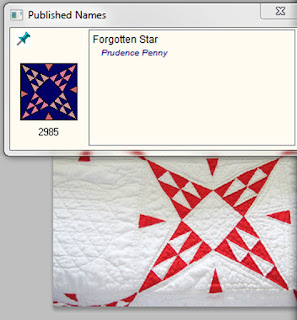 See a related pattern at these posts:
https://encyclopediaquiltpatterns.blogspot.com/2017/05/blockbase-2719-key-west-star.html
Posted by Barbara Brackman at 6:00 AM