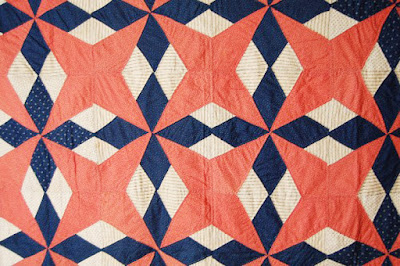 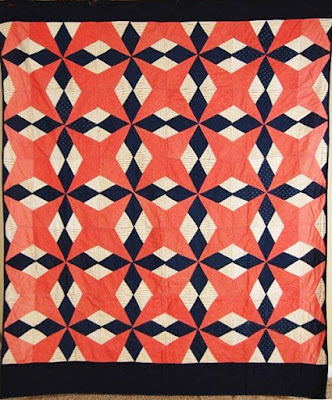 This is a full-size quilt so those blocks are pretty large.
I have three examples of this design pieced in similar colors from
the turn of the last century.

But I haven't been able to find a period pattern than might
have inspired the red, white and blue quilts. 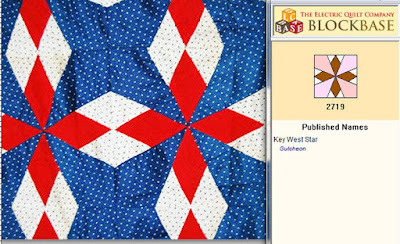 The design was published in the 1970s by Jeff & Beth Gutcheon
as Key West Star but these tops are older than that. 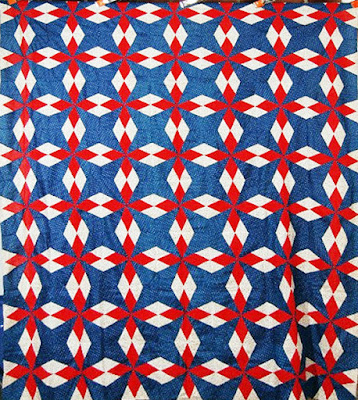 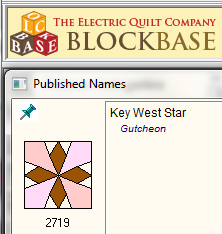 The Gutcheon name was probably inspired
by a more common design Key West Beauty,
which is more of a kaleidoscope than a star. 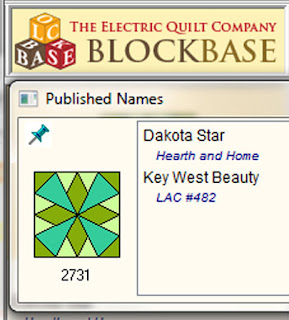 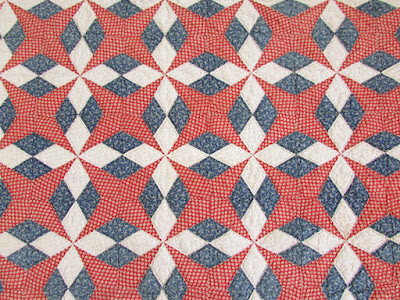 There are several ways you could piece this and come up
with the same graphic results, but none of my ideas here
has a BlockBase number or a name. 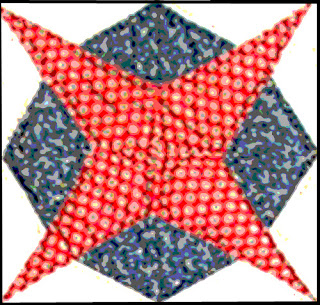 As a 4-pointed star block, cutting the white diamonds in half
the long way 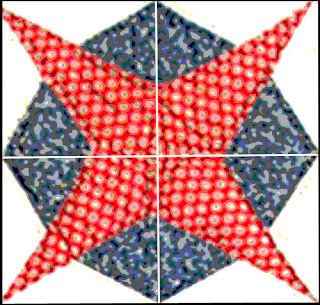 As a Four Patch with more pieces but the same look. Blue diamonds cut into 2 triangles. 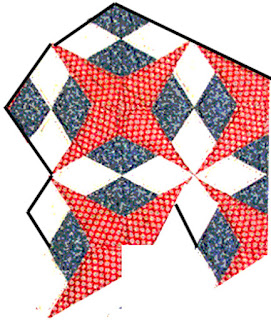 If you loved set-in seams: as an all over with the blue  and white shapes here as diamonds
rather than pieced of two triangles.