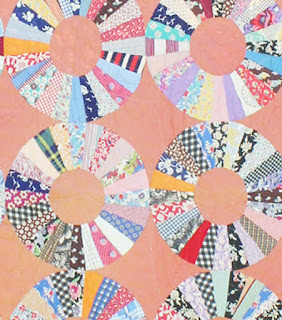 Wheels with spokes.
Geometry.
The pattern seems to be from the last half of the 19th century.
You don't see it before the Civil War
although there are others kinds of wheels
like Mariner's Compasses & Sunflowers.

Once they got popular there were lots of variations 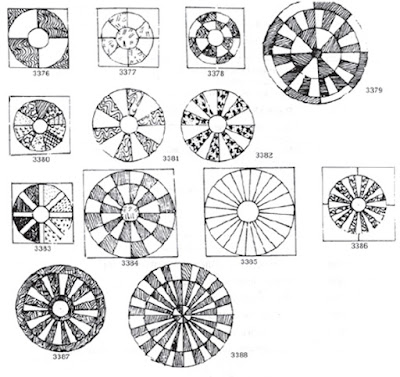 The most common name was Wheel of Fortune 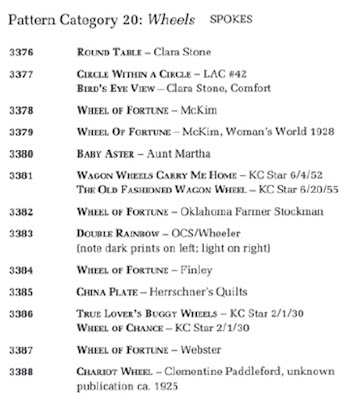 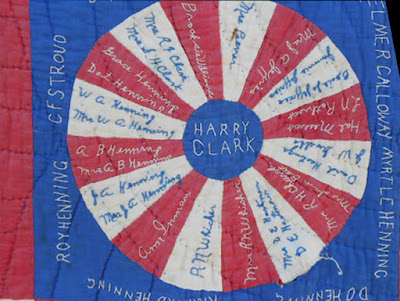 We often see it as a signature quilt, a fundraiser or memory quilt. 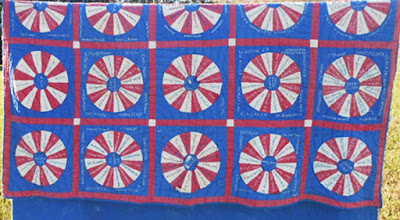 This red. white and blue variation may have raised money for
a patriotic cause by charging for signatures.

Marie Webster in her 1915 book showed this one and
called it Wheel of Fortune. She is often the original source
for our pattern names. 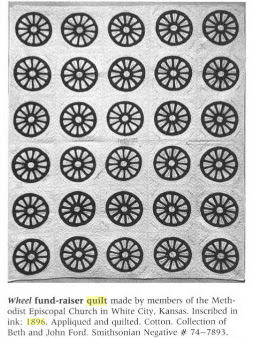 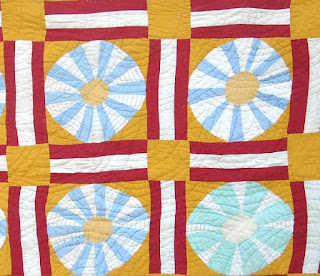 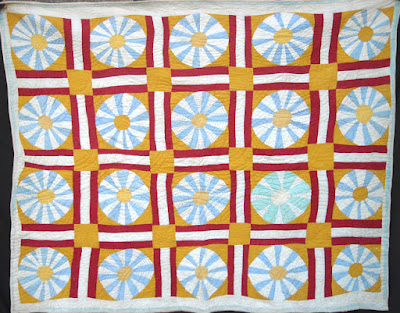 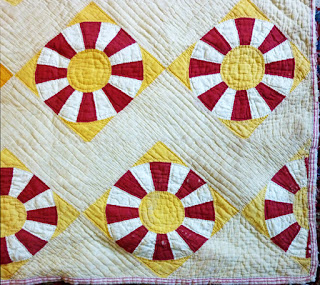 I bet this one had a colored zig-zag set once,
but the dyes in solid color about 1900 were quite unreliable. 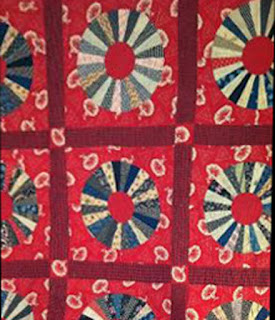 Prints were probably a smarter choice as they were
more colorfast. 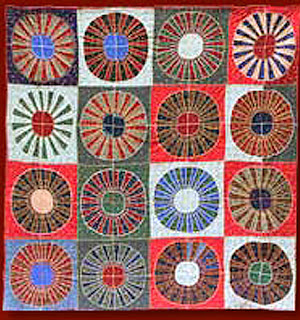 Circular designs were particularly popular in wools in the early 20th century.
This one from Julie Silber's Quilt Shop. 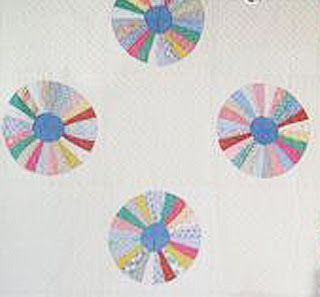 The pattern had a real revival after 1930
when people called it Dresden Plate. 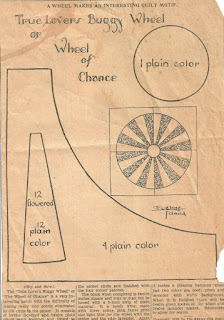 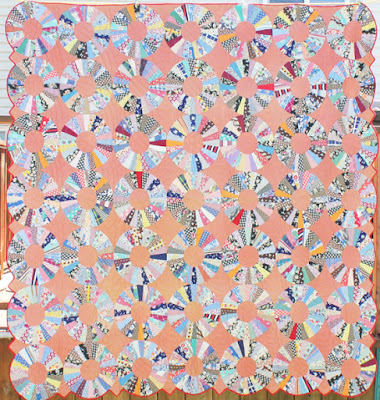 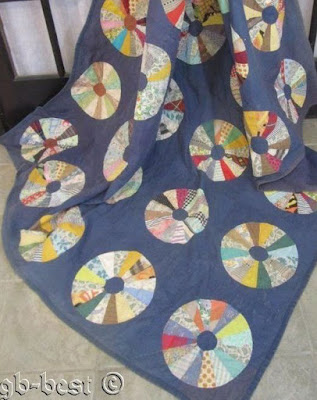 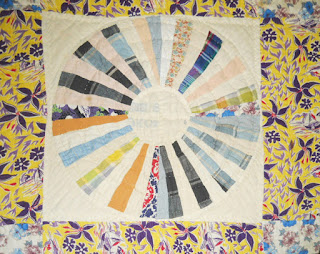 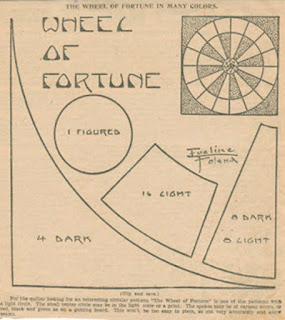 The spokes could be pieced too. Foland gave
the pattern for a Wheel of Fortune in the Star. 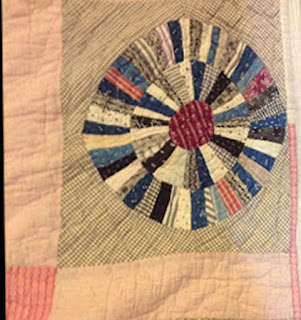 48 spokes in the outside ring.
It's a pattern you occasionally see---
Not enough of them out there. 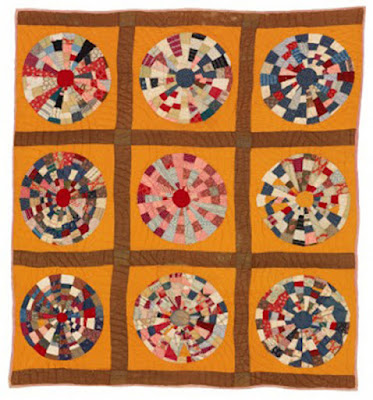 This Alabama quilt from the Birmingham Museum of Art looks like the spokes may
be string-pieced rather than cut with a template. 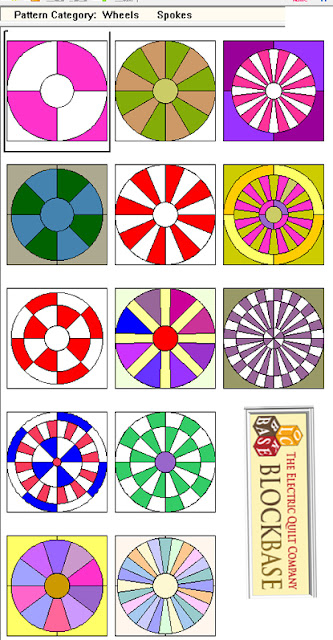 If you want a pattern look in BlockBase.

Here's a contemporary look from.... 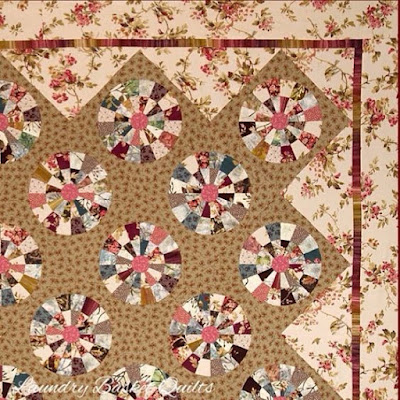 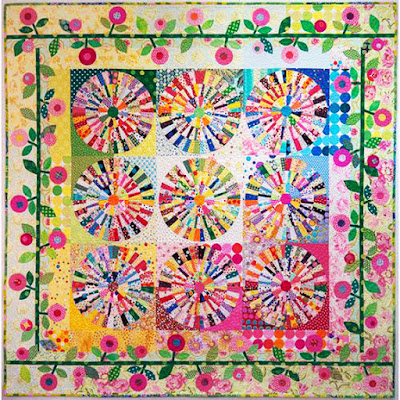