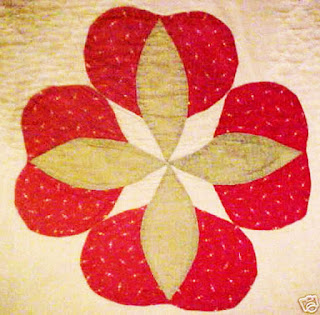 Late-19th-century design from an online auction. 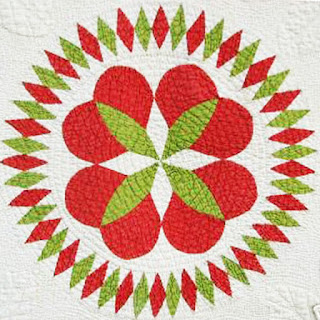 From an ebay listing 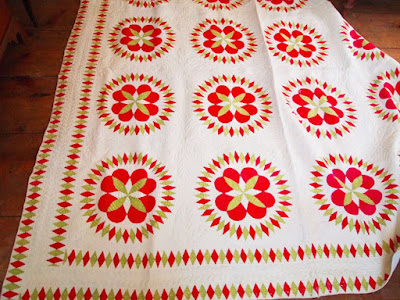 Thought to be from Bronxville, New York. 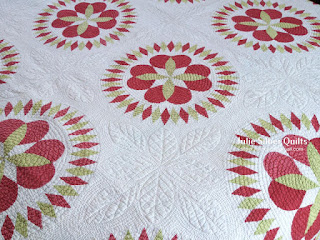 Almost identical to one in Merry Silber's collection, now in Julie's. 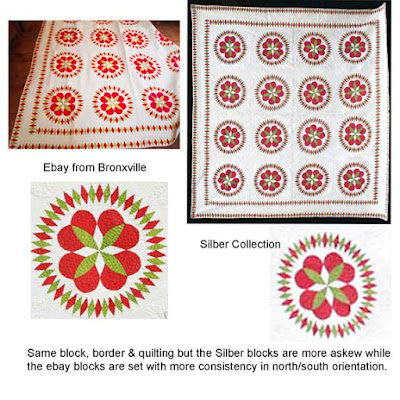 The only difference is subtle---in the ebay quilt the blocks are more consistently
oriented north and south. They may indeed be the same quilt with the difference
just the way the ebay quilt was photographed but....

It's a mystery pattern.
If appliqued it should be on page 72 of my Encyclopedia of Applique
in the 9.9: Four Miscellaneous elements 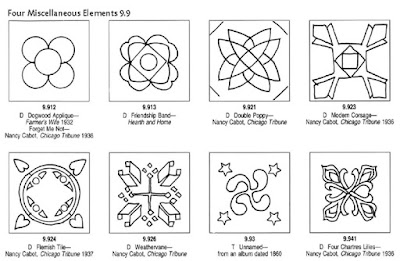 A pretty miscellaneous bunch of patterns 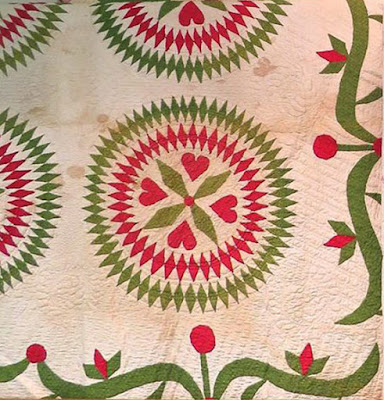 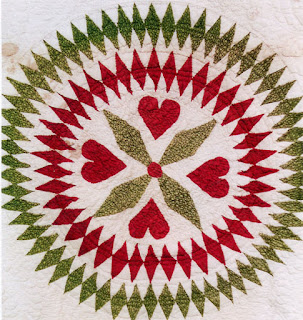 This quilt is on display in their quilt show until the end of May.
http://www.cattco.org/news/20166087-new-museum-exhibit-cattaraugus-patchwork-display-quilts

Here's a variation with five units. 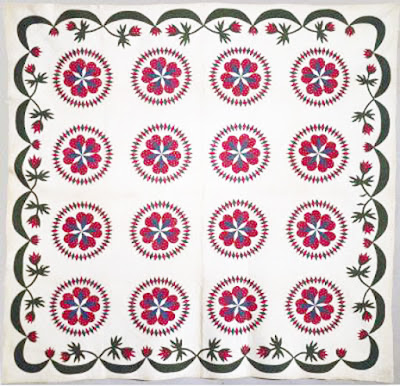 On the reverse of this quilt is a typewritten label: 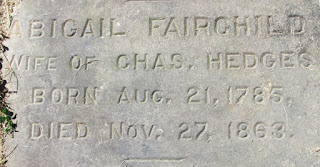 Abigail Fairchild was born in Newton, Connecticut. She married Charles Hedges on January 1, 1811 in the frontier town of Wheeling in western Virginia. Hedges was from Frederick, Maryland. She is buried in Ohio County, West Virginia.
https://www.findagrave.com/cgi-bin/fg.cgi?page=gr&GSln=Hedges&GSiman=1&GSst=52&GRid=78696215& 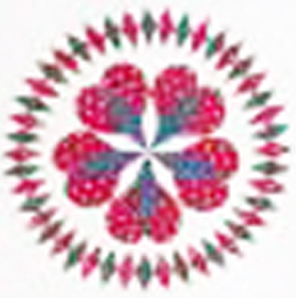 But are these designs appliqued? When you see a floral in a circle check to see if there are seams extending to the edge of the circle. 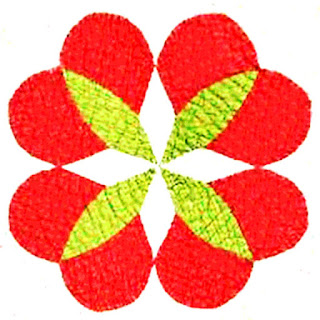 It would be easy to piece the center.
Beyond that---real show-off piecing. 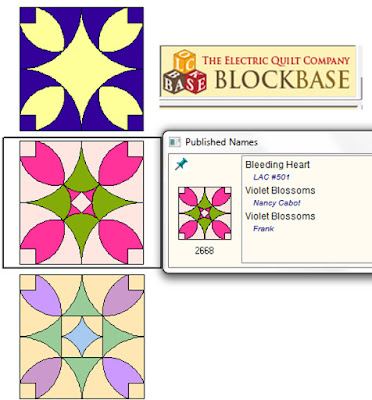 Related to these pieced designs, perhaps. All three were published in the 20th century as Bleeding Heart. UPDATE:
I came across this photo of a quilt in Bill Volckening's collection.
Hearts surrounded by diamonds & triangles. Another variation on the Bleeding Heart?
Posted by Barbara Brackman at 6:00 AM