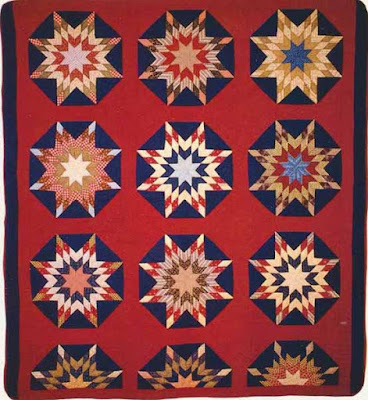 Where this photo came from is a mystery, but it's a lovely quilt,
apparently made in 1918 by Minnie Lee Roberts Mitchell in McCurtain County,
Oklahoma, referred to as Blazing Star of Kentucky. 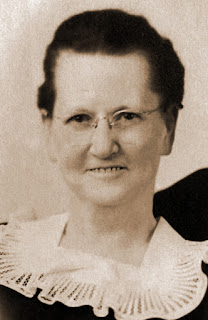 Minnie lived in southeastern Oklahoma, down by the Arkansas line. 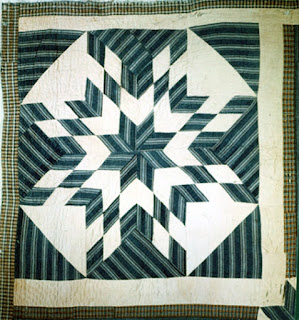 They did love those diamond stars in Kentucky
so the name seems quite appropriate. 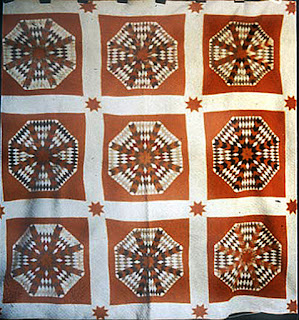 And as I can't find an earlier published name Blazing Star of Kentucky is perfect. 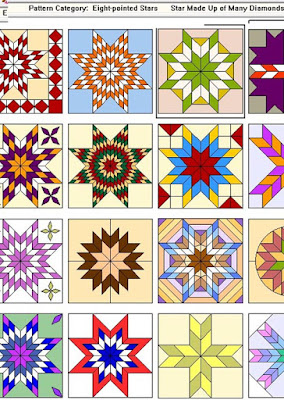 You'd think it would be in BlockBase but no---meaning the design wasn't published in any major pattern source before 1970. It should be on this page, right around #3781, 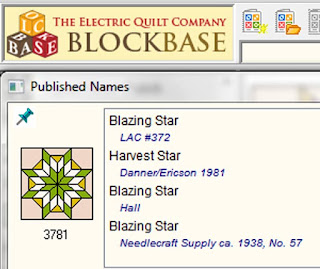 Which the Ladies Art Company published as Blazing Star 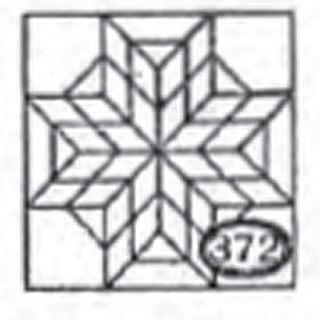 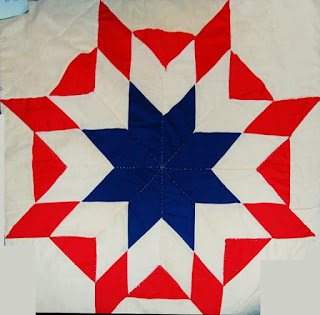 But this Blazing Star isn't the same block as Minnie's. The triangles are smaller
in the corners and there are two pieces in the edge triangles. 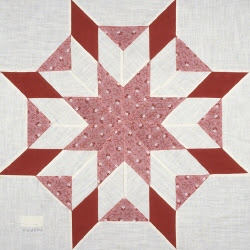 Carrie Hall's version of #3781, block in the Spencer Museum of
Art at the University of Kansas 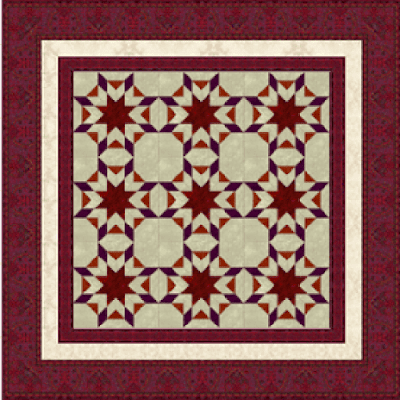 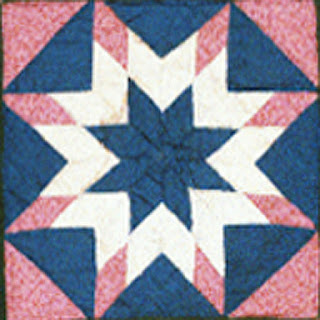 It puzzles me that this simple version was never published, but it must have been handed around among Southern quilters. Maybe too plain and common-sense to need a printed pattern. 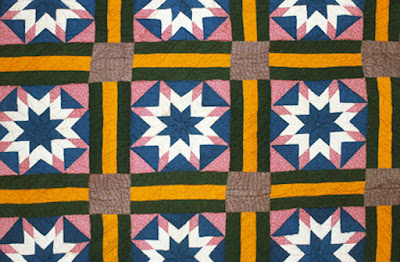 Jennie's is a classic Southern quilt, lots of chrome orange and the signature triple-strip sashing. Jenny was a professional quiltmaker, sewing this one for bachelor neighbor John Wesley Doub who kept it to pass down. 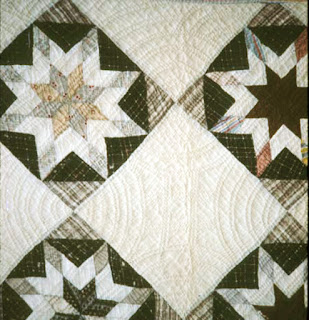