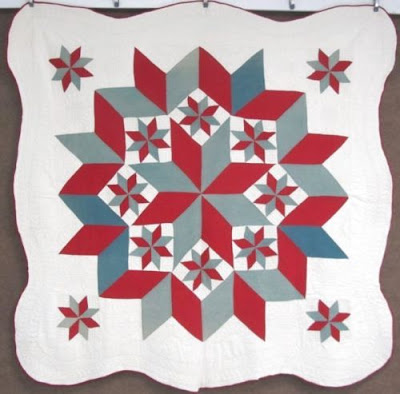 Oh dear, another pattern without a BlockBase number.
It's a full-size quilt and I'd just leave it be as one individual's vision
but I see I have two examples. 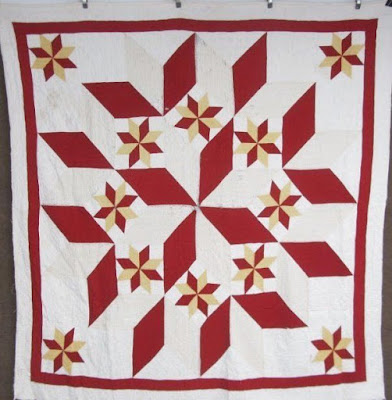 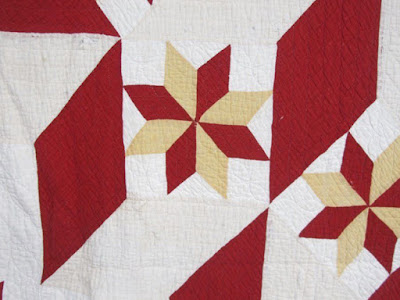 Serious fading in the pale gray areas here has altered the pattern.
I bet those large diamonds that are so gray now were once blue or green... 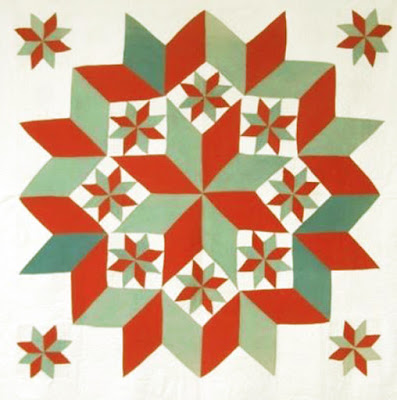 and probably looked a lot more like this when it was newer. 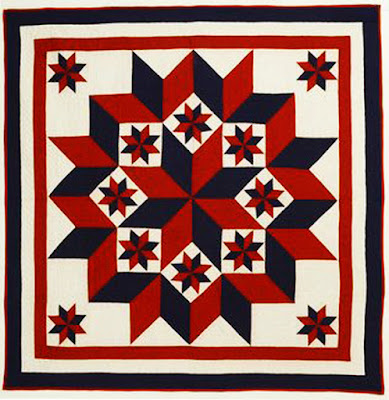 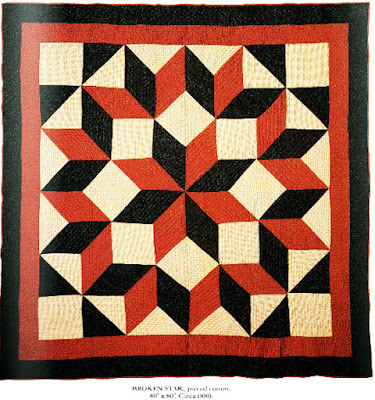 It's obviously related to these end of the 19th century giant Pennsylvania stars like the one above that collector Phyllis Haders bought from Franklin County, Pennsylvania.
A few years ago I did a post on these whole-top designs often called Carpenter's Star (no BlockBase number there either.)

If you are looking for a little Y-seam practice this might be the pattern for you. There's a pattern for a 72" star in the link above and all you'd have to add is a star for the squares around the central star---the squares finish in the pattern to 10-7/8". 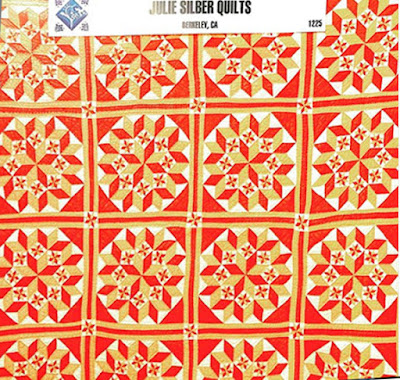 Or maybe you'd rather piece it as a block as in this quilt from Julie Silber's
inventory. No BlockBase number on this one either.

Debby Cooney made a comment in that post about the design source for the large Carpenter's Star:

"Franklin County, Pa., antique dealer Morgan Anderson considers this pattern to be a signature design in that area. He has seen & sold many since the early 1970s. [One you showed] came from the Martin family, Old Order River Brethren members for whom this star was a favorite; they made several. He sold Phyllis Haders the one shown here. "
Posted by Barbara Brackman at 6:00 AM