At the Depot or Railroad Crossing 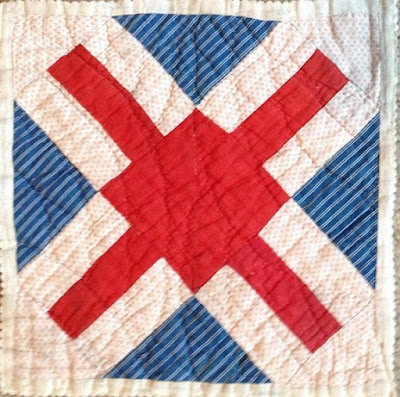 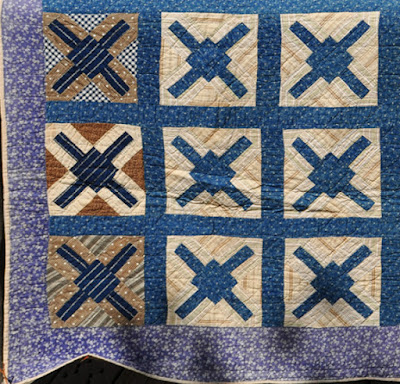 With strips in four of them. 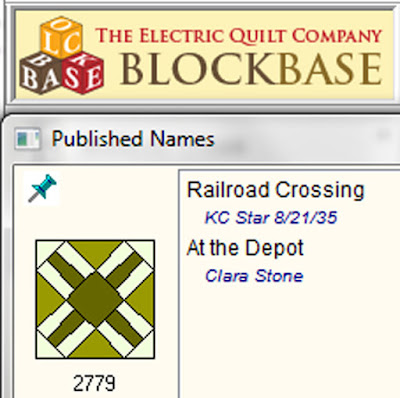 It's BlockBase 2779,  published in 1906 in the Clara Stone catalog as At the Depot.
Wilene Smith tells me this this catalog of patchwork patterns gathered
some that had been in the magazine Hearth & Home and others published
by the Vickery & Hill company. 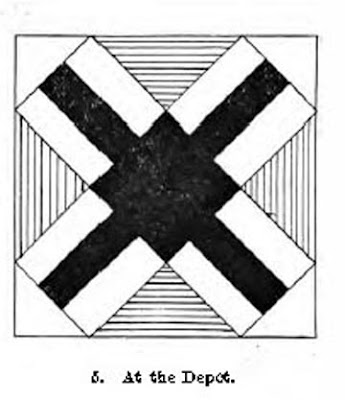 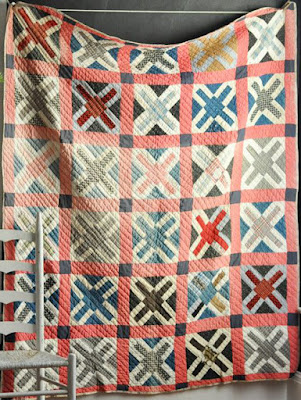 These quilts with the characteristic 1900-1920 colors
must have been made from that pattern in the magazines
or the catalog. 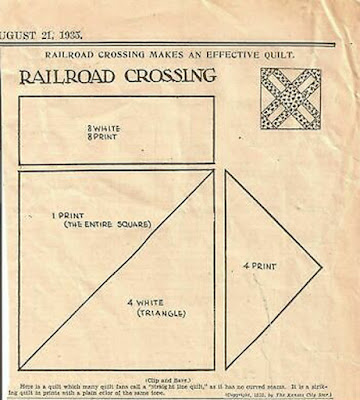 The Kansas City Star published it in 1935
as Railroad Crossing.

Editor Edna Marie Dunn noted, "Many quilt fans call [the pattern] a 'straight line quilt' as it has no curved seams."
I hadn't ever heard that term. 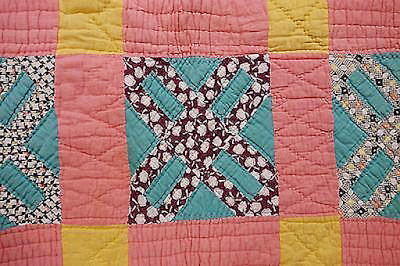 Mid-20th-century, probably made from the Star's pattern. 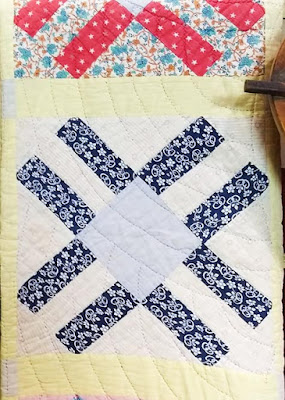 Charlotte recently found this one in Virginia, looks 1960-1990 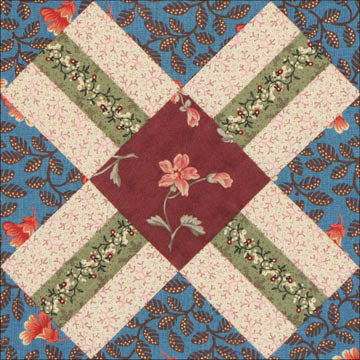 When Becky Brown and I did the Civil War Sampler she made
a Railroad Crossing Block to recall the first battle of Bull Run/Manasass. 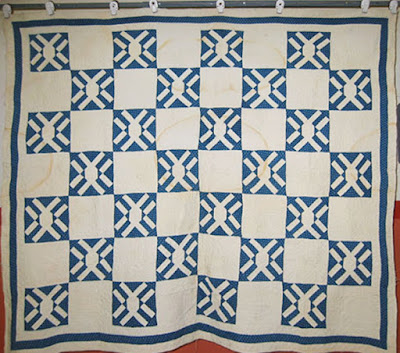 And here's one from the Wyoming Project that's a variation.
Two extra triangles in the center. 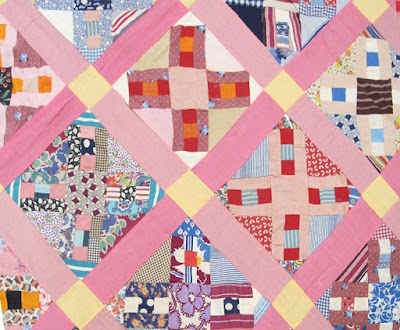 And you can change the center stripe to 3 squares 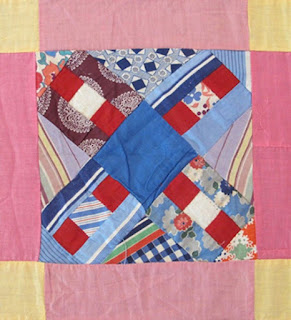 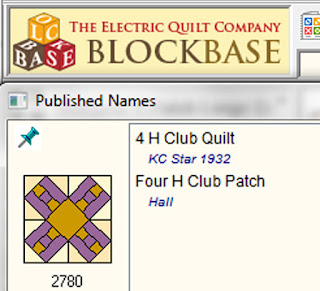