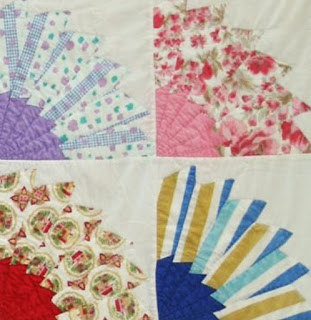 The Arizona project documented this quilt of blocks made mid-20th century
and finished by a family member later on. 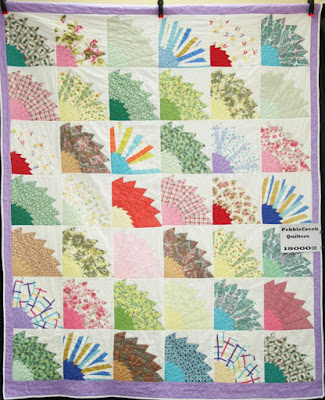 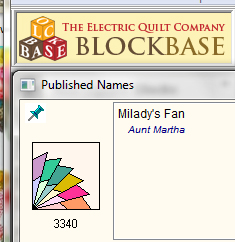 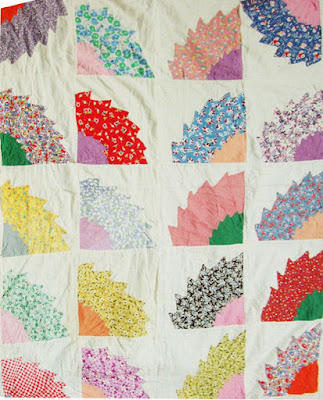 This one from an online auction. Only have a few. 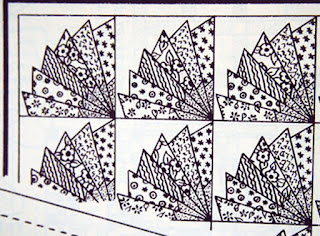 Not often done, probably because there were a few flaws in Aunt Martha's concept.
Like: How did you construct this?
Pieced? There aren't enough seams.
Applique? Nobody wants to applique those angles. 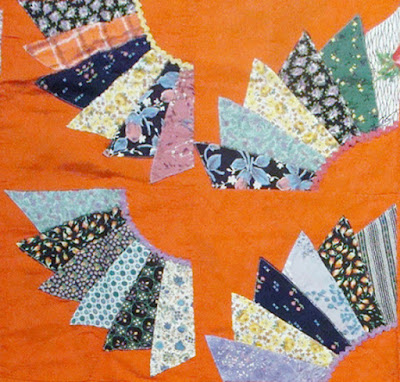 Although some did. This one has purple rickrack edging the
inside curve. 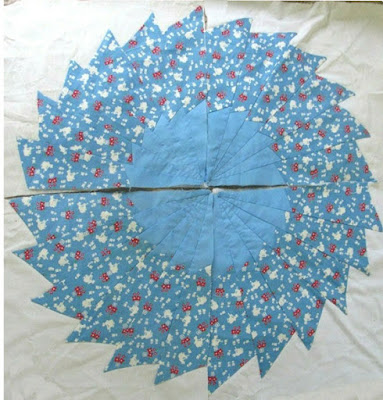 UPDATE: Found this on ebay.
Four the same, arranged in a wheel. So what if there are 24 seams in the center.
That's why they invented polka dots! 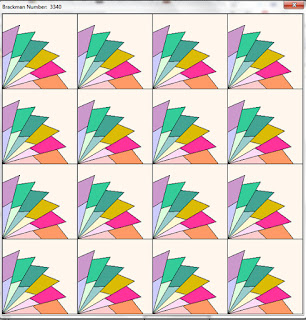 It's a cool design with a modern flair.
QuickQuilt from BlockBase

You would want to add more lines to this pattern and piece it over paper foundations. 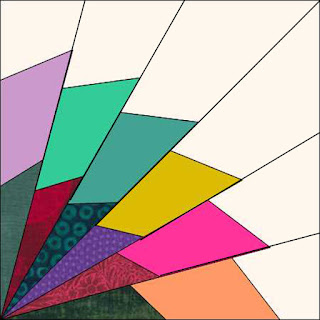 It would look fabuloso!